“It’s really something, every two years we get to overthrow a government,” Amy Gardner said once on an episode of The West Wing. It is, perhaps, my favorite line of dialogue ever uttered on television and it echoes in my head today, as I cannot imagine a time in my life where the government was so desperately in need of being overthrown.

Here at Autostraddle, we’re trying to do our part: we’ve encouraged you to get registered to vote or check your registration (no, really, check your registration). We’ve introduced you to all the LGBT women running in both the primary and the general election. But now, I want to take a look at a special subset of those LGBTQ candidates: the ten vying to be part of the 24 net seats that Democrats need to win a majority in the United States House. Which LGBTQ candidates have the best shot at making history in 2018 and, in doing so, help return Nancy Pelosi to the Speakership (however temporarily)? 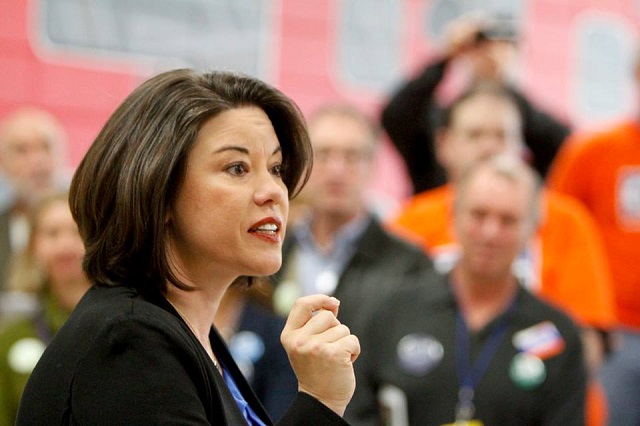 In 2016, Angie Craig took on Jason Lewis in the MN-02 and lost by one of the slimmest margins of any House race in the country: 1.8%. Lewis was buoyed by a wave of unlikely voters, driven to the polls by Trump’s candidacy, and Paula Overby’s third party run which siphoned off Democratic voters. Two years later, the tea leaves look a bit more favorable for Craig: there’s no third party candidate, Trump’s approval ratings are underwater in Minnesota — which is a particular problem for Lewis who’s been dubbed “Minnesota’s Mini-Trump” — and she’s out-raised her opponent by a substantial margin.

The latest polling from the MN-02 has Craig leading Lewis, 51-39 with just 9% of likely voters undecided. The political prognosticators at FiveThirtyEight give Craig an 85% chance of carrying the district on November 6. 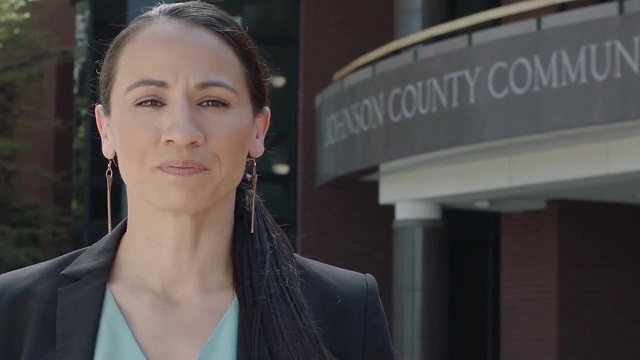 Kansas has a reputation, politically, for being the deepest shade of red but the state’s third district remains solidly purple. Republicans maintain a slight edge in the KS-03 — the district is 4.8 points more Republican than the nation overall — but it is, by far, the most progressive district in the state. In 2016, Hillary Clinton managed to squeak out a victory in the KS-03, 47-46, while losing the state overall, 57-36. That said, Republican Kevin Yoder won the district in 2016 by ten points and carries the benefit of incumbency into this year’s contest.

The latest polling from the KS-03 has Davids leading Yoder, 48-39 with 11% of voters undecided. Her candidacy has been buoyed by a unified Democratic Party, favorability ratings that eclipse her opponent (50-42), increasing dissatisfaction with the President (52% disapproval in the NYT/Siena poll) and successful fundraising. FiveThirtyEight gives Davids a 78% chance of carrying the district on November 6. 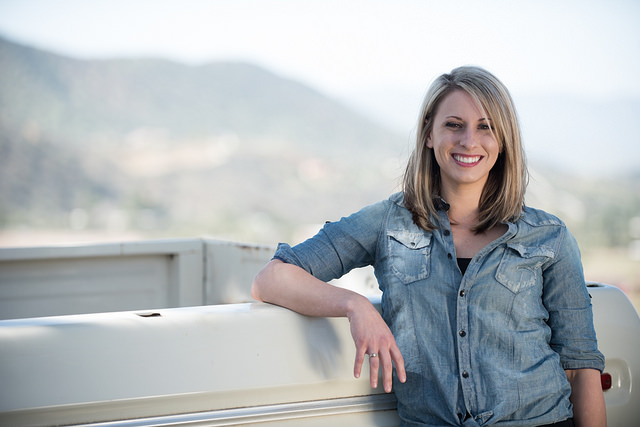 For the past three presidential election cycles, Democrats running in CA-25 have all underperformed the Democratic presidential candidate. In 2016, for example, Hillary Clinton drew 50.3% of the district’s vote, while the Democratic challenger in the Congressional race only garnered 46.9%. So, despite the fact that the CA-25 hasn’t sent a Democratic representative to Congress since 1993, there’s plenty of reason to believe that this district — a combination of parts of Ventura and Los Angeles counties — would be open to sending a progressive voice to the US House. The CA-25 many have found that voice in Katie Hill.

The latest polling from the district has Hill leading Rep. Steve Knight 50-46. That same poll reveals that CA-25 voters are concerned about health care, taxes and the economy, and on each of those fronts, Hill has an advantage. Knight voted to repeal the Affordable Care Act which would have stripped health care from 45,600 of his constituents, while raising premiums for everyone else. Even the president’s signature legislative achievement, the tax reform bill, doesn’t play well in the CA-25, as “several key reforms to the tax code that disadvantage high-tax blue states.”

FiveThirtyEight gives Hill a 73% chance of carrying the district on November 6. 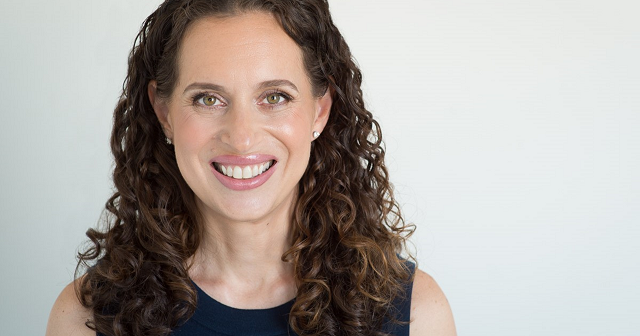 As of this writing, FiveThirtyEight is giving Lauren Baer just a 15% chance at capturing the FL-18 seat from incumbent Congressman Brian Mast. And, yes, polling still has Baer trailing Mast… but, Baer’s managed to close the gap a little bit with each successive poll. The momentum seems to be on her side and, if recent ad buys are any indication, Republicans seem to think so too.

Republicans have launched a particularly nasty series of attacks against Baer, accusing her of sympathizing with terrorists. It’s a BS charge — and particularly heinous in the wake of the attacks on Democrats — and Baer’s political fate may rest on how well she responds. That said, the real advantage that Baer has, going into these final days of the campaign, is a united and increasingly popular pair of Democrats — Andrew Gillum and Bill Nelson — at the top of the ticket. Earlier this month, a polling memo from the Baer campaign showed Gillum leading his Republican gubernatorial by three percent in the FL-18. If Baer can attach herself to Gillum and/or Nelson’s coattails, she might be able to ride them to victory on November 6. 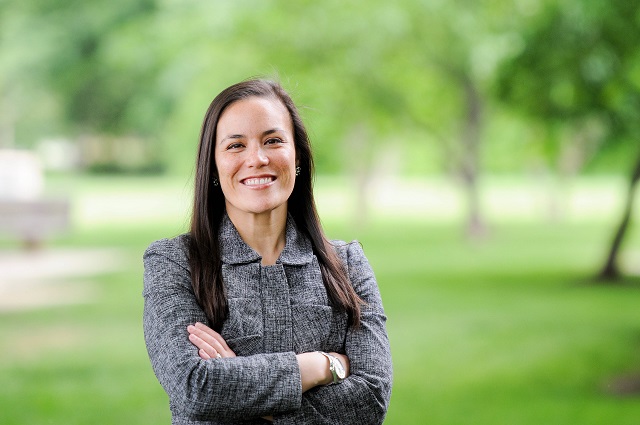 Her opponent, Will Hurd, has called this race a “knife fight” and Ortiz Jones’ campaign is dying by a thousand cuts. Because Hurd has no legislative accomplishments to speak of, he’s gone on the attack against Ortiz Jones, criticizing her for being a “carpetbagger” (she’s from San Antonio), accusing her of being a fake Latina (Ortiz is her Filipina mother’s last name and, per Filipino tradition, is her middle name) and demonizing her as a puppet of Nancy Pelosi (they accuse everyone of this). Hurd touts his record of criticizing the President, particularly on immigration (an important issue in this border district) but, as Ortiz Jones often points out, he still votes with the Republicans 95% of the time. His reputation as a moderate is a myth but it is pervasive and it’s been hard for Ortiz Jones to break through.

There’s still hope for Ortiz Jones, though: the TX-23 is a swing district that Clinton won in 2016, and it could easily swing back in her direction. She’s one of the best funded challengers of the 2018 midterms, having raised $4.7M. If she can fund an expansive GOTV campaign, especially one that drives up Latinx turnout — the TX-23 has notoriously low voter turnout thanks, in part, to successful voter suppression efforts — there’s still a good chance that Ortiz Jones can overcome deficits. 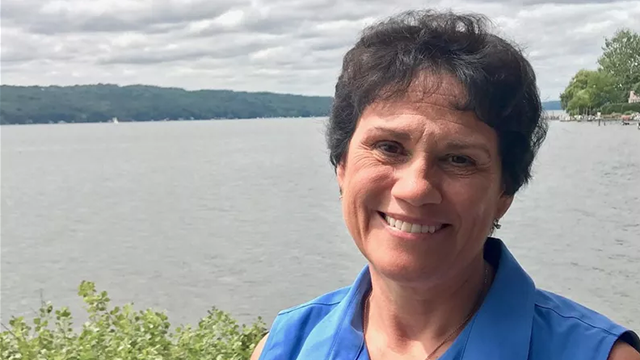 Democrats have developed a pretty simple recipe for winning in unlikely places: drive up turnout in the cities and suburbs and perform exceedingly well there — a 70/30 split, at least — and then manage a respectable showing in the rural areas — say, losing 60/40. Doing well in the population centers is enough to stem losses in expansive rural territory and, usually, is a recipe for success. This is how Claire McCaskill has won (and hopefully will win) in Missouri and how Tracy Mitrano can win in the NY-23.

The Twenty-Third district is predominantly rural, extending along the border between New York and Pennsylvania, but it does have three large cities — Jamestown, Elmira and Ithaca — that could provide the foundation for a Democratic win. Obama won in the NY-23 in 2008 and just narrowly lost in 2012 using this same blueprint and the district elected a Democratic representative in 2010. So, even though FiveThirtyEight only gives Mitrano an 11.4% chance of winning, there is a path for her to become the first woman to represent the NY-23.

That said, as is the case for most first-time candidates, Mitrano may not have the money to compete: her opponent, Tom Reed, has raised three times as much money as she has, including substantial donations from Corning, the largest employer in the district. 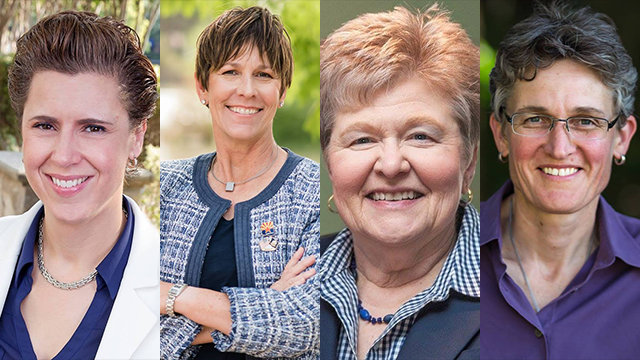 Lorie Burch, Joan Greene, Kathy Ellis and Jamie McLeod-Skinner all got into their respective races knowing that winning was a long-shot. They’re all running in congressional districts where the Partisan Voter Index, a measurement of how strongly a district leans toward one party, favored Republicans by double digits. The amount of money needed to fuel a campaign to overcome that degree of partisanship far exceeds what any of them have in their coffers. A win for any of them seems improbable.

That said, their efforts will not be in vain. Glass ceilings don’t often shatter at once and each of these women have put some sizable cracks in them. No candidate, particularly one that’s sided with this White House, should go unchallenged. McLeod-Skinner’s opponent in the OR-02 should have to explain why he voted to repeal Obamacare without any allowances for the 67,000 constituents that would lose their healthcare. Burch’s opponent should have to justify why he should be allowed to continue to serve, despite being rated one of the worst legislators. Greene’s opponent in the AZ-05 should be forced to explain why he believes that gay marriage is an affront to millions of Americans. There’s value in having those debates in a public space.

So maybe they won’t win, but LGBT candidates have put cracks in the ceiling and pushed their districts even closer to the day when they’ll embrace a progressive candidate and their ideals.

Natalie has written 129 articles for us.