On Wednesday, we brought you news about how a federal judge ruled part of the Texas abortion bill that Wendy Davis filibustered against unconstitutional. We also warned that you shouldn’t get too excited about it because Judge Lee Yeakel had only struck down one part of the bill and partially blocked another. The fight against restrictions on reproductive rights was still far from over. Well, it looks like that warning was right on the spot as a large part of that ruling has already been overturned making it once again more difficult for Texans to have access to abortions.

Just three days after Judge Yeakel’s ruling, a panel of judges at the 5th Circuit Court of Appeals overturned the ruling that said requiring doctors who perform abortions to have admitting privileges in nearby hospitals was unconstitutional. This means that 13 of Texas’ remaining 32 abortion clinics are going to have to shut down for at least as long as the lawsuit challenging the bill is in the courts. Effective immediately one-third of the abortion clinics in Texas will no longer be able to provide their services to the people who need them. Furthermore, most of the clinics that are remaining open are in urban areas meaning that the many Texans who live in rural areas or smaller towns will be hit the hardest. 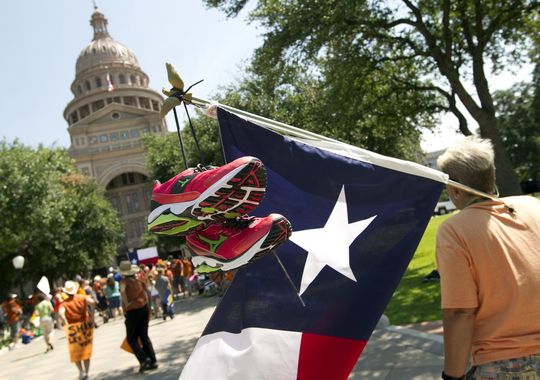 While Judge Yeakel declared that the provision “places a substantial obstacle in the path of a woman seeking an abortion of a nonviable fetus,” the panel said that the Supreme Court has held that a law having “the incidental effect of making it more difficult or more expensive to procure an abortion cannot be enough to invalidate” a law that is not designed to “strike at the right itself.” So, even though they agree that this provision “may increase the cost of accessing an abortion provider and decrease the number of physicians available to perform abortions,” they don’t think that that in itself is enough to uphold Judge Yeakel’s ruling. They acknowledge that abortions may become too expensive, and therefor inaccessible for lower-income people, and too out of the way, and therefor inaccessible for many more, but they admit that that is a sacrifice they are willing to make. The Fifth Circuit is known for being conservative, and their decision is sure to give hope to those who are planning on introducing other bills that would restrict abortion access in the future.

Texas Attorney General and Republican Gubernatorial candidate Greg Abbott and Texas Governor Rick Perry both continued to blow hot air by claiming that they’re only looking out for women’s rights by supporting this bill. Abbott said that the panel’s decision vindicates the Texas Legislature’s decision to “craft a law to protect the health and safety of Texas women.” Perry joined in by saying that it “affirms our right to protect both the unborn and the health of the women of Texas” and that “we will continue doing everything we can to protect a culture of life in our state.” Because nothing says protecting the health of women like shutting down 13 medical centers and no state has a culture of life as strong as the one with nearly five times as many executions since 1976 as the next state. 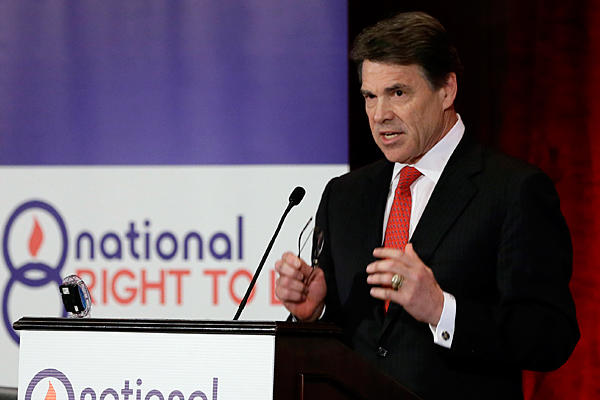 via The Christian Science Monitor

Even though Judge Yeakel’s ruling was a small victory, it was still a victory. Allowing those dozen clinics to continue to operate and help people who need abortions would definitely have been a blessing to many Texans. What seemed like a much-needed reprieve from anti-choicers’ harsh assault on reproductive rights has been pulled out from under the legs of the thousands of people who need those clinics to be open. Even more frighteningly, the 5th Circuit Court’s ruling undermines what seemed like a common sense argument on why laws like this are unconstitutional and opens the door even wider for anti-choice activists.