Update: new games have been added to the Bundle! You now get 171 items for $20. They’ve raised over 150k and you’ve got less than 2 hours to participate. Also the bundle can now be gifted, so. GO FORTH AND JAM, GAMERS.

Want to give money to the ACLU, who promised they’d see Trump in court? Want to protect our uterus-having siblings (and selves, if that applies to you) by standing with Planned Parenthood? Wanna play some computer games? Well golly gee wiz, do I have a team pick for you. 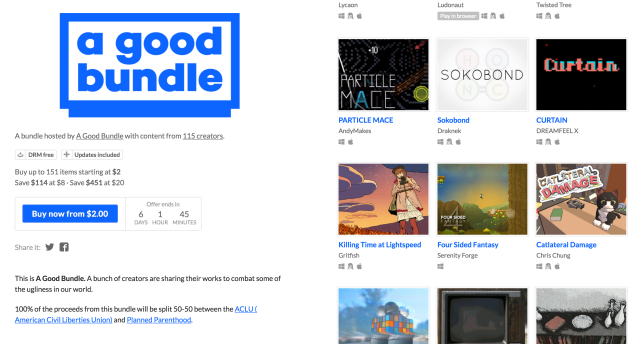 I am here to tell you that if you purchase this Good Bundle for $20, you can play titles like Gone Home and Panoramical—and that gives $10 to the ACLU and Planned Parenthood each. If you don’t have that kind of money, you can spend $8 and get titles like Social Justice Warriors and Good Gardener. And, you guessed it, that gives each cause $4. Oh, but you don’t have $8? This bundle actually starts at $2, and you still get titles like FUCKIN SLAM CITY ORACLES MY DAMN FAVE and Your Gay Monster Family and so so much more because you will also have given a dollar to each organization, and if you think these games are good RIGHTS ARE EVEN BETTER. If you spend $20, you get 151 items from 115 creators. And you are combatting this garbage fire of a white nationalist administration we’ve got coming in the new year. 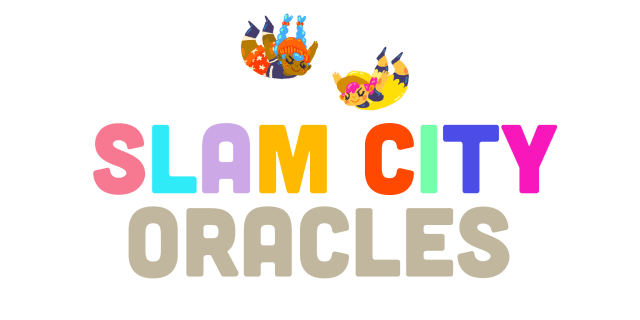 If 2017 shapes up to be EVEN WORSE than 2016, at least you will have 151 computer games that would’ve cost you $451 more and a bunch of lawyers suing the ever-loving Hades out of every unconstitutional thing that’s about to happen. This is a win-win. Buy these games. Play these games. Cost includes DRM-free copies and updates. I just bought mine. Offer ends in 6 days do it now.