Do you have a folder of seemingly defunct blogs and webcomics? They haven’t updated in years, but you just can’t bring yourself to call it quits. “NO! I can’t de-bookmark you just yet! I have faith in your ability to pick up a pen/pencil/crudely-handled mouse!” But normally your one-sided negotiations don’t work, because you’re screaming at your screen instead of them, and for all you know they’ve gone on to have a kid/a well paying job/a life. 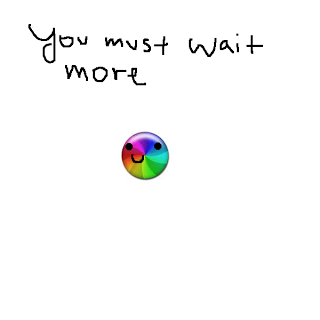 All of the Waiting via Allie Brosh

Luckily being a bookmark packrat works out sometimes, because guess who’s back(ish)? 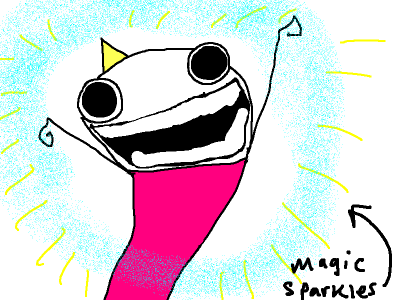 Hyperbole and a fucking half is back! With Magic Sparkles!

Allie of Hyperbole and a Half semi-announced her return yesterday and made it real today!

I feel like an animal being reintroduced to the wild.

She’s been on hiatus since 2011, attributing much of her disappearance to the kick-you-in-the-heart, can’t-even-pet-the-cute-puppies, squash-all-your-dreams juggernaut that is Depression. 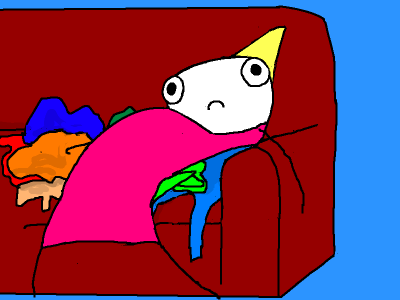 Depression-induced laundry furniture Via Allie Brosh and the Copyright Monster

In her most recent update, she explains what the fuck happened in the only raw, “flinch-y and uncomfortable” way she can.

The beginning of my depression had been nothing but feelings, so the emotional deadening that followed was a welcome relief. I had always wanted to not give a fuck about anything. I viewed feelings as a weakness — annoying obstacles on my quest for total power over myself. And I finally didn’t have to feel them anymore.

But my experiences slowly flattened and blended together until it became obvious that there’s a huge difference between not giving a fuck and not being able to give a fuck. Cognitively, you might know that different things are happening to you, but they don’t feel very different.

Months oozed by, and I gradually came to accept that maybe enjoyment was not a thing I got to feel anymore. I didn’t want anyone to know, though. I was still sort of uncomfortable about how bored and detached I felt around other people, and I was still holding out hope that the whole thing would spontaneously work itself out. As long as I could manage to not alienate anyone, everything might be okay!

However, I could no longer rely on genuine emotion to generate facial expressions, and when you have to spend every social interaction consciously manipulating your face into shapes that are only approximately the right ones, alienating people is inevitable.

But eventually a singular piece of corn breaks through it all.

Even though she hasn’t committed to a regularly updated schedule,  two posts in a year is a good enough start. Hopefully she’ll continue letting us into her world and find that weird bit of happinesss again so she can go back to teaching us how to deal with awkward situations, figuring out why dogs do those things they do, inadvertently creating memes and commiserating over the existence of eight-legged assholes. And if seeing your RSS feed flash with new posts twice in a quarter isn’t enough, her book Hyperbole and a Half: Unfortunate Situations, Flawed Coping Mechanisms, Mayhem, and Other Things That Happened is still set to drop October 29th. Just in time to celebrate with Bruce! 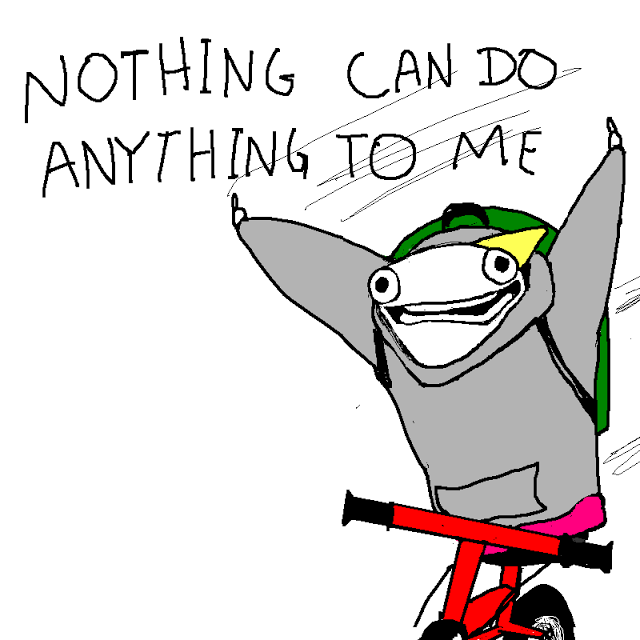 Via Allie Brosh and the Copyright Monster