Earlier this week, Pamela Ribon came across a very interesting book: Barbie: I Can Be A Computer Engineer. Pretty sweet, right? What could be better than a fun, accessible children’s book encouraging girls to go into STEM? Nothing — except this book wasn’t really about that. 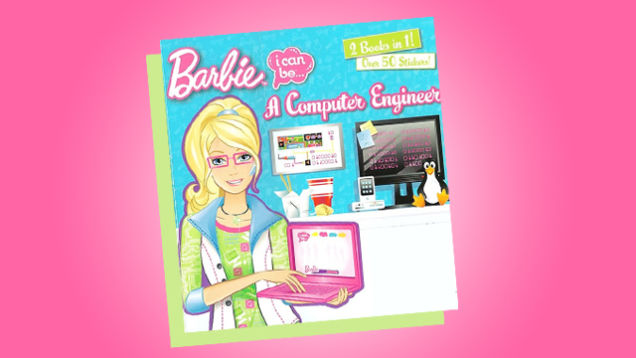 Don’t judge this book by its cover. Via Gizmodo.

In actuality, the book was full of the kinds of sexist drivel that drive girls and women away from STEM. Although Mattel has since pulled the book from sale online, you can read most of it on Ribon’s blog (it’s short!). Alternatively, Casey Fiesler, a PhD candidate in computing, gives the following summary:

As far as I can tell, the steps for becoming a computer engineer if you’re Barbie are:

And the problem isn’t even that Barbie isn’t a “real” computer scientist because she isn’t coding. (I am one of those mostly-non-coding computer scientists myself, though now I’m tempted to make a game about robot puppies shooting lasers anyway.) The problem is the assumption that she is a designer, not a coder, and the coders are boys.

To remedy the situation, Fiesler remixed the entire book, creating gems like this:

Fiesler made the images herself, and they’re so good. I read them and I wanted a million more — and happily, they’re in production!

After Ribon’s article about the book went viral on Gizmodo, the best thing on the internet emerged: Feminist Hacker Barbie. Created by real life computer engineer Kathleen Tuite, Feminist Hacker Barbie is a meme generator allowing users to rewrite pages of Barbie: I Can Be A Computer Engineer.

Results have been spectacular. 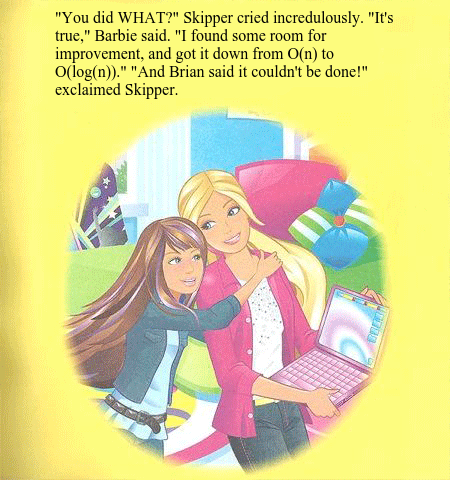 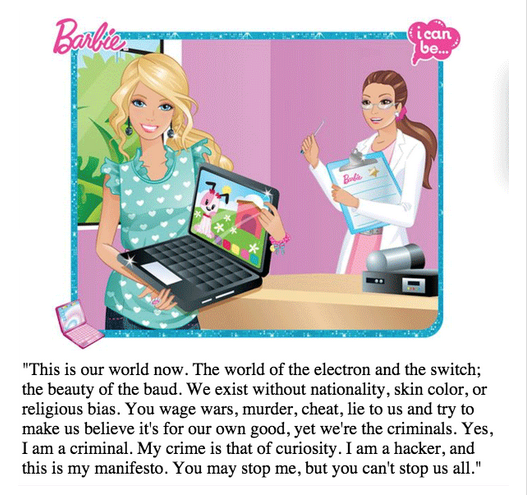 #FeministHackerBarbie is eliciting real actual chortles from me rn pic.twitter.com/8LM2yIMWzD 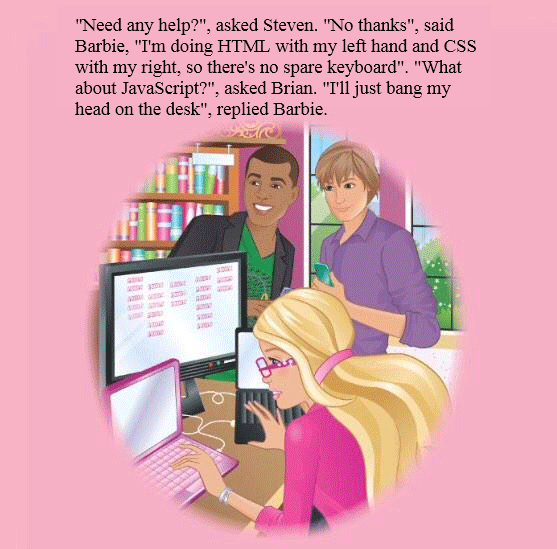 An on and on, all over Twitter, Tumblr and the general feminist interwebs.

Look, I made one too: 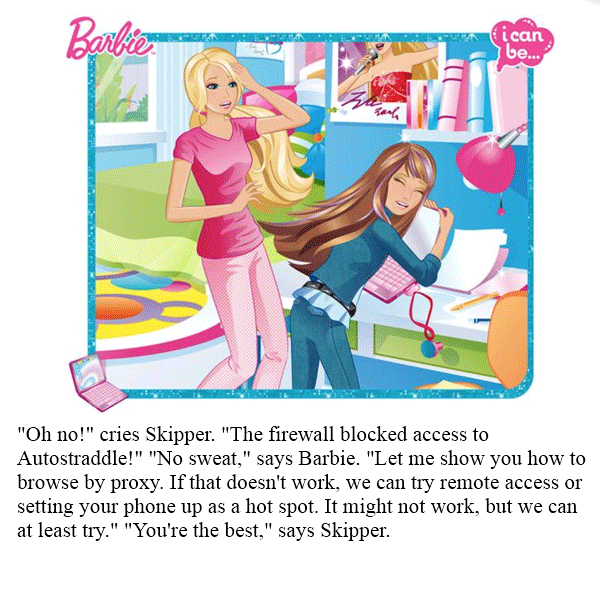 Make your own at Feminist Hacker Barbie!