Where does your money go? Not the stuff that falls between your couch cushions, the stuff you actually spend on things. You may leave it in a cash register, but where does it eventually end up? Technology is here to help you find out! Those of us who are not yet wearing our phones on our faces can now become infinitely more savvy consumers thanks to Buycott, an app that tells you whose coffers you’re filling and how they’re using your money. 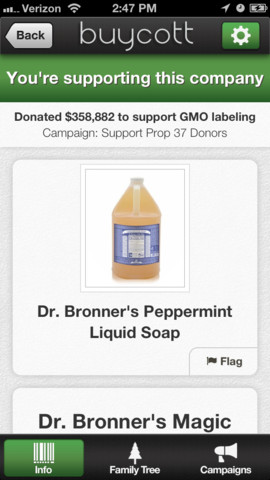 As the app’s helpful About page puts it, “Buycott is a tool that lets you organize your consumer spending to help causes that you care for, and to oppose those that you don’t.” You scan a barcode (any barcode!) and Buycott rifles through its database and tells you who makes the product, and who owns that brand, and who owns the corporate company that owns that brand, etc. etc. all the way up. You can add practical knowledge to name recognition by signing up for “campaigns,” user-run lists of companies that either help or hinder a certain cause. Say, for example, that it’s important to you to support companies that donate to gay rights causes, and to keep your cash away from companies that don’t — sign up for the “Equality for LGBTQ” campaign and it’ll warn you away from Exxon and steer you towards Absolut Vodka. 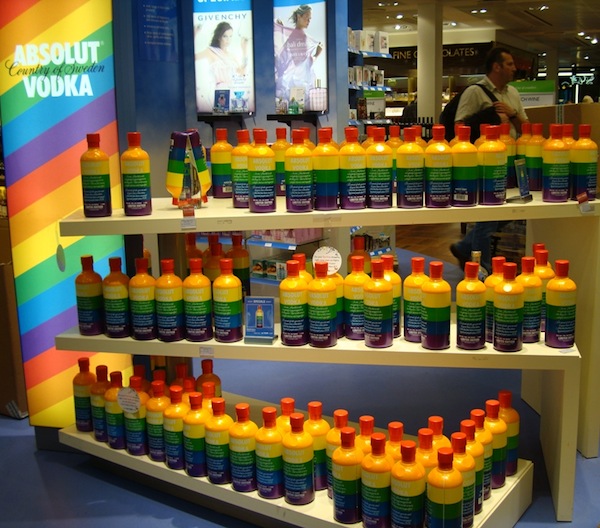 THEY HAVE LOVED US FOR A LONG TIME.

Decide to”Support Access to Reproductive Healthcare” and you’re told to give props to companies from Avon to Xerox, all of which support Planned Parenthood. If you’re concerned with company practices rather than company pockets, you can learn which giants use sweatshops and which don’t. Buycott isn’t out to set an agenda, which is why you find “Support Koch Industries” and “Avoid Koch Industries” right next to each other. Best case scenario this allows all consumers (with a smartphone) to make better informed decisions; worst case scenario it cuts down on the time you spend transfixed in the toilet paper aisle weighing ply counts against unit prices. 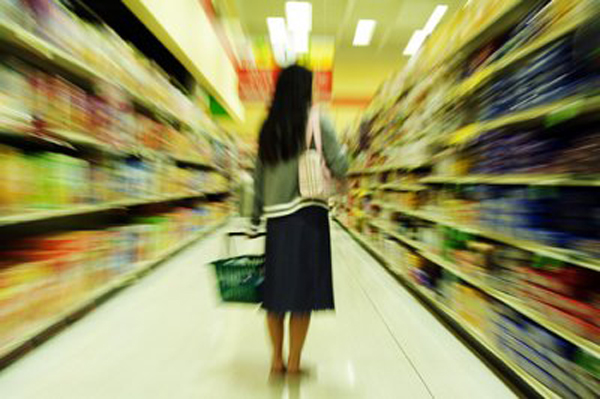 NO MORE OF THIS!

The two brains behind Buycott are former programmer/Washington State congressional candidate/”practical progressive” Darcy Burner and freelance programmer Ivan Pardo. Burner dreamed up the idea and presented it during her Netroots Nation keynote address last June; a year later and it’s hit the App Store (and, in the spirit of itself, it’s free).

There are limitations. For example, more complex products like electronics are made of multiple parts which are often made by as many different corporations, so it might be hard to get cut-and-dry information about how your new Dell tablet affects the world. It’s not out for anything but iPhone yet, though versions for other platforms are on the way. Many campaign lists are pretty small so far, although that should change as more and more people sign up and contribute their time and expertise. And then there’s the little old problem that when you trace the lines back, the same seven corporations have absorbed most of the smaller ones, and they’re very nearly all doing bad things. But that’s more a system-wide bug than a technological one. And maybe it’s the kind of bug that a small piece of technology can start to fix.