The Equal Rights Center has found — perhaps unsurprisingly, but nonetheless, depressingly — that people who indicate that they have worked for LGBT causes on their resumes are 23% less likely to land a job interview than people who don’t. 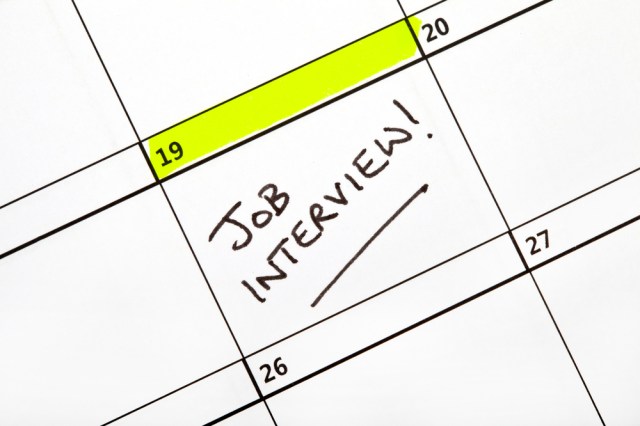 The study sent resumes of nonexistent people to over 100 different openings at eight companies. Some applicants listed “LGBT rights activism” in a volunteer section of their resumes. Others listed “women’s rights activism” or “environmental activism.” The LGBT activists were slightly more qualified than the others, and yet, were called for interviews far less often.

The targeted companies all have contracts with the federal government, and also have elected to exclude sexual orientation from their nondiscrimination policies. Tico Alameida, President of Freedom to Work said they wanted to expose the hiring practices of these companies because, “Taxpayers should never have to subsidize the kind of anti-LGBT discrimination that was uncovered during this year-long study of contractors with inadequate LGBT workplace protections.” This study draws attention to precisely the issue President Obama aims to address with his forthcoming executive order banning LGBT employment discrimination by federal contractors. 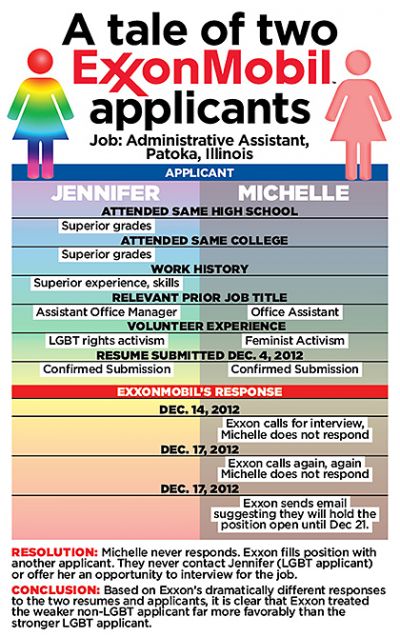 via Freedom to Work

Of course, different potential employers will have different desires, and it’s a constant negotiation to judge where and when disclosing sexual orientation or gender identity works against us, or is actually taken as a strength by potential employers. It’s important to consider the implications of this study, especially considering it only looks at giant corporations that have contracts with the federal government. Not everyone is invested in the fight for the right to work at companies that produce oil and tanks and other mechanisms of war and climate change. But we can hope that this study can help draw attention to a greater problem of unemployment and underemployment for LGBT people nation-wide and work to reduce that burden that our communities bear.