SUPREME COURT:
Christianity Today has a nice run-down of their present bigotries towards potential replacements for Justice Stevens on the Supreme Court. Firstly, it clarifies Focus on the Family’s previously ambiguous stance on homosexuals on the supreme court to affirm that yes indeed, any gay judge would be a big problem because of “moral rectitude” and you know, “bias.” Their “bias” towards um, equality.

Furthermore, the American Family Association has feelings about Muslims. But oh no! They’re not xenophobic:

“Is this xenophobia? Nope, just common sense and a love of the United States and its exceptionalism. In fact, what we must protect ourselves from are Amerophobes, those who hate us because of who we are and what we believe,” [Bryan] Fischer [director of issue analysis for government and public policy at the American Family Association] wrote. “It’s time for a wake-up call.”

Firstly, Amerophobe? Thank you American Family Association for introducing Amerophobe to our vocabulary! What a wonderful word! Conservatives are also “zeroing in” on potential nominee Elena Kagan’s e-mail in which she stated, “I abhor the military’s discriminatory recruitment policy.”

To say the obvious about Elena Kagan: It’s the hair…. Among professional right-wingers, with their own gay mafia, there is a kind of breathlessness and, even, obvious titillation, about the subject…. Lesbianism seems, to them, not just an ultimate misogynistic target, but the zenith of the left wing. Your can’t get more left than a lesbian (even though the left seems down on Kagan because she’s too moderate). 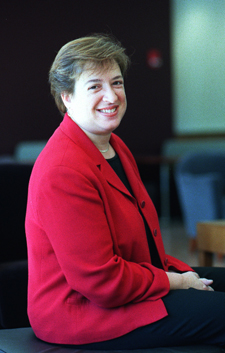 So clearly no one else in the blogosphere is done talking about Elena Kagan’s sexual orientation, so I guess we’re not either! After all, as lesbian radical feminists, we’re practically obligated.

Some are speculating that rather than engage in an out-and-out lesbian witch hunt, Kagan’s critics will focus on her legacy at Harvard, where she opposed the presence of military recruiters on campus because of the inherent injustice of DADT. Basically, in 2003 Harvard and other schools didn’t want to allow military recruiters on campus because DADT is a discriminatory policy, but (ironically?) the Supreme Court at the time ruled that the schools didn’t have a choice in the matter. Kagan was one of those who strongly disagreed with the SCOTUS’s opinion. “For someone who has been so guarded on so many issues, she used strikingly extreme rhetoric. ‘Moral injustice of the first order’ would seem fit for something like the Holocaust,” said Ed Whelan, president of the conservative Ethics and Public Policy Center. “This is one issue that provides some jurisprudential clues as to how much her reading of the law will be biased by her policy views. If she is the nominee, that is an angle that I would press.”

Linda Hirshman at the Daily Beast talks about what it means when we talk about whether a Supreme Court nominee is a lesbian, and why it might be a good thing if someone were. Regardless of how (or if) Elana Kagan actually identifies, the way this public conversation plays out tells us a lot about our political and social climate. “But the fact that lesbian is still considered a fighting word in the context of a Supreme Court nomination in 2010 is a sign of how far we’ve come. Recently, some gays and lesbians reared up and started demanding full equality, by bringing a traditional civil rights action in federal court to strike down California’s anti-gay marriage law, as unconstitutional. As gays and lesbians organize to demand their rights as American citizens, they have the honor of being treated like people who are actually a threat.” 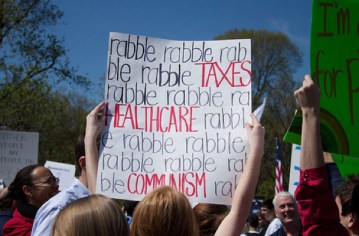 Other people suggest that maybe Kagan’s sexual orientation is, um, not an issue we should be spending our time worrying about. “Why was Kagan’s sexuality blogging fodder to begin with? While he may have done it with the best of ironic intentions, Ambinder described her as “a woman who has short hair, favors pant suits, hasn’t married, and doesn’t seem to be in a relationship.” Wow. Anita Dunn, who is working with the White House on the vacancy, says this is about “applying old stereotypes to single women with successful careers.” We have to agree. Name a 49-year-old women with three kids and a hope in hell of making it to the court… Kagan was one of 40 law professors who signed onto a court brief in the [military recruitment] case… Eight other universities filed briefs along with 56 Columbia University law professors and 44 Yale law professors. Are they all of them now disqualified from court service as well? All good questions!

Finally, at the Huffington Post, in Elena Kagan and the West-Wingification of the Left, John Odum weighs in on Kagan’s apparent alligeance to “The Bush/Cheney terrorism template,” which he argues reflects a “West-Wingifcation” of the government:

Martin Sheen’s President Bartlet was both praised (and vilified) as the American left’s fantasy President during the long darkness of the George W. Bush years…

So — defining a liberal in the West Wing context is fairly simple: you are anti-racism, anti-sexism, anti-homophobia, pro-choice, and vaguely environmentally conscious.

But when it comes to economics, budgetary policy, labor, war policy, presidential power — and pretty much everything else — the hard-right party-line is dandy for a West Wing Democrat.

Hmm. But was West Wing inherently so, or did it temporarily turn along with many liberal Americans found themselves turning in the directly post-9/11 landscape? 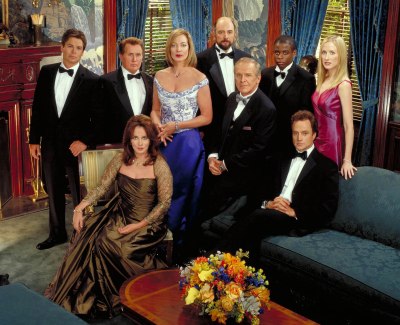 DADT:
Speaking of Don’t Ask Don’t Tell, Autumn Sandeen, one of the phenomenal writers at Pam’s House Blend, has graciously shared with us her experience with DADT in her 20+ years of military service. Read it here at HRC’s Military Issues: Personal Stories, and while you’re at it, check out her video! (@pamshouseblend)

Find more videos like this on DOD FED GLOBE

MASSACHUSETTS:
The Republican party has chosen kind of a confusing candidate for the Massachusetts gubernatorial race. Charles Baker is pro-gay marriage and pro-choice; his runningmate, Richard Tisei, is openly gay. But he opposes a transgender anti-discrimination bill, even though his runningmate supports it – he even calls it “the bathroom bill,” which is language used by strongly anti-gay politicians, and language which his runningmate has opposed in the past. As a sidenote, Massachusett’s current governer is a Democrat with a gay daughter. (@towleroad)

9 OUT OF 10 PEOPLE WHO LOVE THE PHONE DO NOT LOVE THE GOVERNMENT
BTW, most Americans don’t trust the government. THE SAMPLE SIZE IS 2,500 PEOPLE CALLED ON THEIR LAND-LINE AND CELL PHONES! So that’d be people with the time & impetus to answer anonymous phone calls and answer questions for 20 minutes. UM, seriously now? Hello, also, this poll is driving me nuts because people are interpreting it as a referendum on Obama specifically. Listen, I don’t trust our government right now either, but that’s related to the hypocrisy of Republicans in the senate right now, not Obama. (@ap)

HUCKABEE:
You may have heard that Mike Huckabee insultingly and bafflingly said that gays shouldn’t be allowed to adopt because we’re not responsible pet owners or something – “”Children are not puppies… This is not a time to see if we can experiment and find out, how does this work?” In response to his statement, Steve McDonagh and partner Dan Smith, owners of the Hearty Boys catering company and the Hearty Boys restaurant, 3819 N. Broadway, have invited him to dinner. The letter they sent him said, in part, “”Sir, your comments likening my parenting my son to adopting a pet are beyond hurtful and dangerous,” writes McDonagh. “My love, passion and commitment to Nate is not one iota different than what you have for John Mark, David and Sarah. Our son is loved and cared for just as much. He feels just as loved and cared for. He is a happy, well adjusted little guy whom I fiercely love… I will open my home to you and pray that we might help you better understand the damage you could inflict.” Huckabee has not replied. (@chicagopride)

LEGAL RIGHTS:
In a heartbreaking case that highlights the importance of Obama’s recent ruling regarding medical and visitation rights, two elderly gay men, Clay and Harold Greene,were forcibly separated when Harold had to be hospitalized for his frail condition and Clay wasn’t recognized as anything but a “roommate.” The article points out that Sonoma County is typically very gay-friendly, and this sad story demonstrates that this kind of discrimination can happen to anyone, anywhere – and also how particularly vulnerable the elderly members of the GLBT commmunity often are. (@care2)

FEDERAL AID:
It appears that a “virulently anti-gay” organization, the Iowa Family Policy Center, has somehow received over $3 million in federal money over the last 5 years, apparently awarded in increments from a variety of government programs and funds like the Administration for Children and Families’ Compassion Capital Fund and “Healthy Marriage Program. (@joemygod)