Friends, nobles, countryqueers: Howdy! Have I got some good news for you this week! Lets get right to it.

This week, me and bae celebrate TEN YEARS married and FOURTEEN YEARS together. Everyday feels like the first. And for a queer couple, issa look. pic.twitter.com/9EIXVVK8ZV

+ Lucy Clark is the first out transgender football referee (The language used in this article is not the best! beware!) 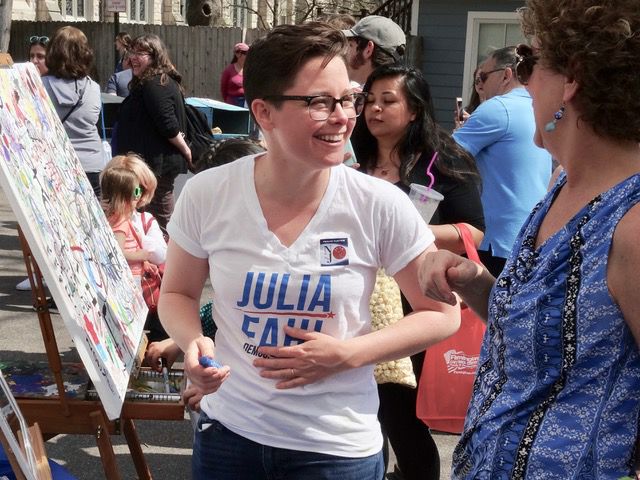 + The gay history of British Royals

+ LGBTQ kids and parents in the south are saving the world and changing lives!

New selection of my ongoing series with @ladiesloveoutlaws999 published on @broadly today! (Link in bio for more) // CW: needle/testosterone shot in 6th slide – Just a few snippets from this growing body of work, right now what I want to do with it is just to show an intersex + trans person experiencing the highs and lows of life, surviving, loving, being loved 💕 this came right in time for Eliza and Lucky’s wedding as well, all the love to you both!!

As a trans photographer myself, it’s important to me to shift the gaze of cis photographers profiting off of trans bodies, and create a body of work that is rooted in mutual care. As trans visibility increases, I want to make sure it’s shown that trans people who do not fit neatly in the binary are beautiful too. I want to show androgyny in a way that’s not “neutral,” but rather the opposite—extreme masculinity mixed with extreme femininity. I want to capture the stunning audacity to exist as everything all at once.

+ Do crop tops make you gay? Find out this week on “Our Queer Roots,” featuring a shout out to Autostraddle!

+ Steam has a bundle, “specifically devoted to games that are queer as heck.”

+ This just in: Mercury Retrograde is actually the lesbian apocalypse. Sounds legit, right?

Love you mean it! Hope you survived the apocalypse!

Ari has written 323 articles for us.