Hello gummy bears! Friends, it is finally cold, cold, cold in Austin! I am winter-izing my house this weekend, and my cats are all extra snuggly because I keep the heat at a brisk 65º F. I’m thinking about Christmas carols every day, and dreaming about not being in school anymore. Yes, the days are shorter and my SAD is like “HEY BITCH WHAT’S UPPPP!!!” but I also have been lighting candles every night and like, I don’t know, maybe it balances out? Everything just feels kinda dreamy right now, even if sometimes that dream gets a little weird. I’m not gonna complain. I hope you’re having a great and awesome week and life too! Tell me about it if you want to! And while you’re thinking about what to tell me, here’s some news.

+ Missy Elliott is FINALLY getting the recognition she deserves. She is the first female rapper to be nominated to the Songwriters’ Hall of Fame. Not only does she have a career in her own right, she’s also produced and written songs for Whitney Houston, Beyoncé, Ariana Grande, Aaliyah, and more.

+ Queer radicalism is thriving in rural America, and it features cornbread.

If a radical, queer-led revolution in the United States is possible, it will most likely emerge from the backroads and hollers, map dots and one stoplight towns stretching from the northern Georgia mountains to western Pennsylvania. It will include soup beans and drag queens, hay rides and hedonism, and it will probably be documented on Instagram by Queer Appalachia, a media and service collective with an anarchist bent out of West Virginia, alongside images of a sex-positive cross-stitch and quilts honoring laborers like Mother Jones.

Queers Are Saving the World

+ An orthodox rabbi recounts his holiest moment: becoming an ally to LBGTQ+ folks.

+ LGBTQ rights will become part of every Scottish high schooler’s curriculum, making Scotland the first country in the world to implement such a practice.

+ Over 150 LGBTQ+ folks won elections in the US last week. This list includes an openly gay judge in North Carolina defeated the challenger by 49,000 votes and 14 out of the 35 LGBTQ candidates that ran in Texas. Heatherand Nataliealso wrote coverage about the women who won last week! 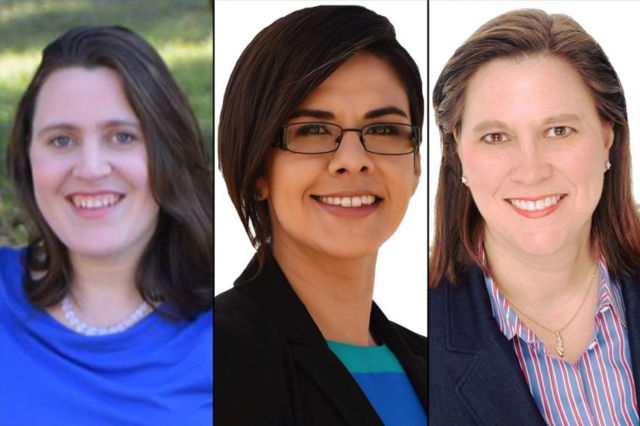 + Viola Davis reveals that her character on How to Get Away With Murder, Analise Keating, is pansexual.

+ Dr. Omise’eke Tinsley, a professor at the University of Texas at Austin talks about her new book, Beyonce in Formation: Remixing Black Feminism. (On a side note, this is Dr. Tinsley’s second book to be published this year. The first one, Ezili’s Mirrors: Imagining Black Queer Genders is also amazing)

+ The Spice Girls had a major influence on feminism, if you didn’t guess.

+ Here are five books that you might want to read if you want intersectional feminism at the forefront of your thought.

Have an amazing week friends! I can’t wait to talk to you again, I’m so excited to keep bringing you happy news in this not always happy world! Love you, mean it!