“Because we at Stoli – and all corporations that support equality – have a responsibility to help make a difference, we have been working with our long-standing partners in the LGBT community to evaluate opportunities to make a significant and strategic investment in the global future of the LGBT movement,” Esposito wrote in The Advocate. “And that’s why we have decided to partner with the L.A. Gay & Lesbian Center by pledging $300,000 over the next three years to support a program that stands out for its potential to narrow this divide: its Leadership LAB initiative.”

President Obama has used the word “gay” in public over 250 times, which makes him an amazing advocate for gay rights in the eyes of the HRC.

Lush, the all-natural beauty supply store for the most pretentious people in your life, will be standing up for same-sex love this Valentine’s Day to protest the Sochi Olympics and my refusal to indulge my obsession with bar soap inside the confines of their stores. GET INTO IT!

In Malaga, Spain, protestors reacted to remarks from the church that being gay is a “defect” by kissing each other’s defective faces, and it was cute. 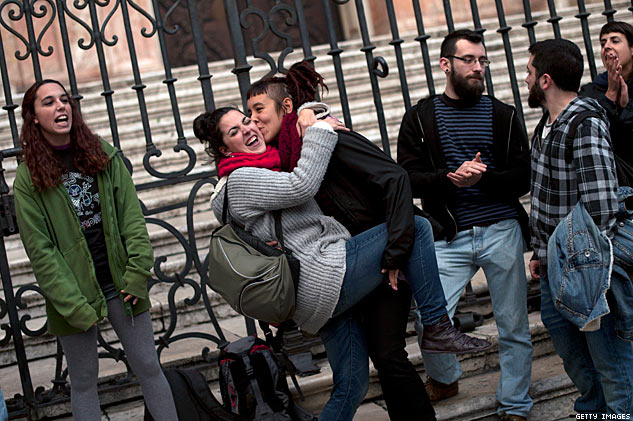 + Melanie and Vanessa are fighting for gay marriage in Florida because they love being Momma and Mommy.

+ The Attorney General of Nevada is “reevaluating” her office’s prior defense of the state’s same-sex marriage ban, giving me hope for a Vegas wedding in my future.

+ Same-sex marriage is something I’d expect to happen on a “fashionably late” schedule, but in Britain it’s headed over two weeks in advance.

+ The TSA will now screen same-sex couples together just like their straight counterparts. It’s better together! 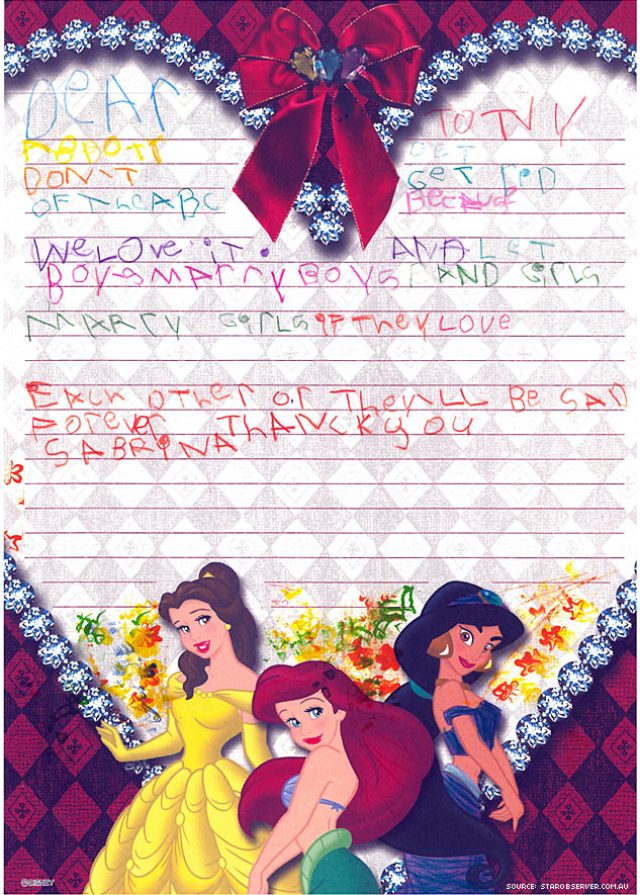