Hey friends, it’s the middle of September and it’s still 90ºF in Austin, TX every single day. My cat is laying in the window right now though, and he looks super elegant.

Hennessey Carolina is a lesbian 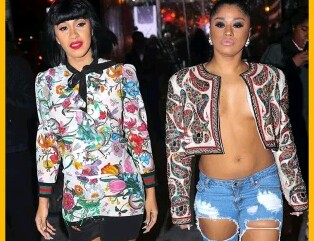 Cardi B and Hennessey

+ Hennessey Carolina, Cardi B’s sister has come out. She’s got a girlfriend named Mel, they’ve been dating for a little over a year, and they’re in love. Sounds pretty gay to me. I wish them all the happiness in the world and I hope they read Audrey’s article before they move in together. 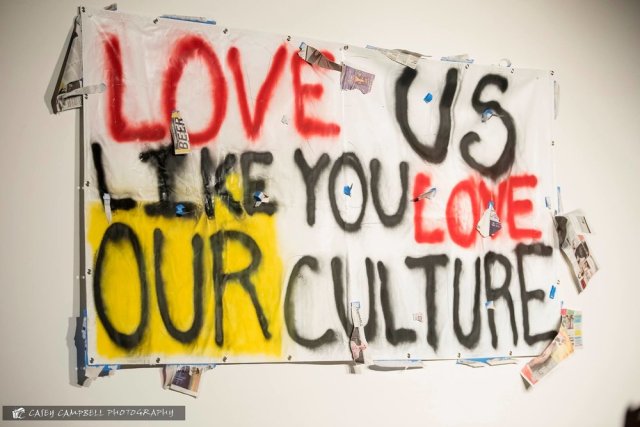 + Ori Gallery is a new gallery opening this fall in Portland focused on highlighting the artwork of queer and trans people of color. Created collaboratively by Maya Vivas and Leila Haile, they’re trying to “reclaim and redefine ‘the white cube’ through amplifying the voices of Trans and Queer Artists of color, community organizing and mobilization through the arts.” If you’re in Portland, check them out! 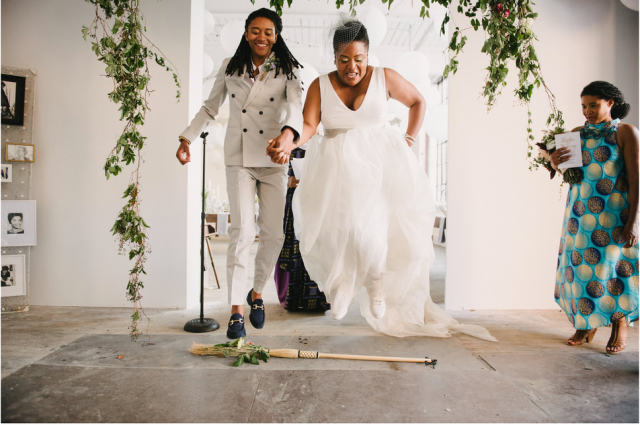 + R/Evolution, the largest showcase of queer fashion designers at NYFW.

Fashion is a language that varies across time, culture, race, ethnicity, religion, region, and nationality, to name a few. Fashion plays a significant role in the social construction of identity and is one of the most visible markers of gender constructs, and thus also our social status in society’s hierarchies.  As such, fashion can be used as a tool for oppression, or as a means of resistance, self-love, and liberation. This year’s show feels more important than ever. Over the last eight months, we have seen attacks against our LGBTQ communities and the various intersections in which we exist increase by direct orders from the Trump administration or the indirect normalization of bigotry resulting from the Trump administration’s rhetoric.

“Hopefully my story reaches people in the same way that the stories of Laverne Cox and Janet Mock have (already) reached trans people. There are not a lot of openly trans people in media, and I think it’s really important to show people that not only am I trans, I’m (also) very successful and good at what I do.”

+ Hari Nef joins the cast of a Lifetime channel thriller series,You. This feels particularly on brand for our readers, maybe check it out.

+ Gina Rodriguez is producing a show about an undocumented family and it seems like it’s gonna be amazing.

The hourlong series Have Mercy will follow a Latina doctor who is unable to practice once she moves to Miami. Demoted to nurse, she begins an illegal medical clinic out of her home.

These Lesbians had Babies and You Won’t Believe Who the Father Is! 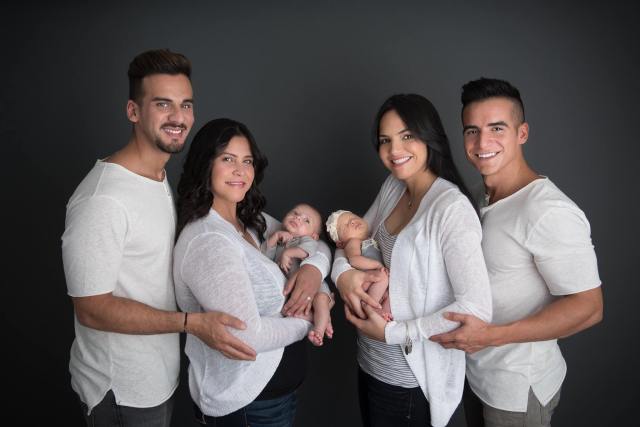 + A lesbian couple in Florida each had a baby within a month of one another. They used a gay couple as their donor. Originally the two just planned on using their long-time friend as the donor, but after they got to know his husband, they decided to ask him to join in on the fun too!

This is a commercial about lesbians who exchange diamonds with one another and I mean, it’s pretty perfect.