Hello, sweet little apricots! I’m drinking peppermint tea because I’ve already maxed out my caffeine quota for the day! Yippadeedoo! I’m also very sadly not at A-camp right now, which may or may not also be your situation. Either way, you are where you need to be! Cheers, queers!

When You Care Enough to Send the Very Best 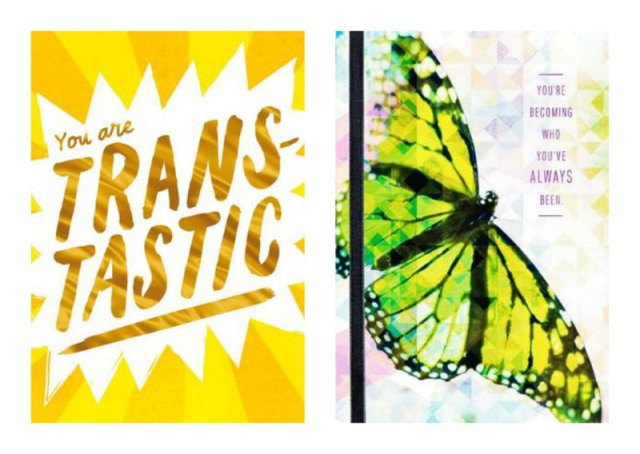 Apparently, Hallmark is now making cards to celebrate a loved one’s transition. The cards are part of Hallmark’s LGBTQIA collection, which is a thing? It’s unclear to me how long these cards have been available and in what markets you can buy them in-store, but you can see and purchase the whole collection online!

There was a minor Twitter explosion when @renatasnacks posted a pic of a card found in a local store:

You can also send the Trans-tastic! card as a spunky e-card, just letting you know!

These Powerful White Men Like Us; I Guess That’s Something? 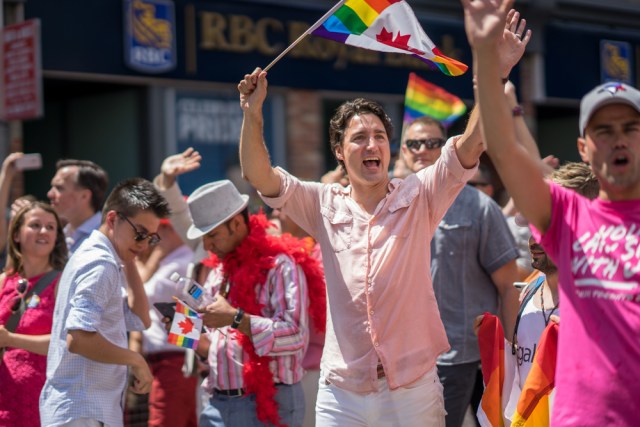 + Joe Biden, former American Vice Prez, is like, “Hey, guys! We need to get behind LGBT people, like, stat!” in an opinion piece he wrote for the Washington Post. The Biden Foundation has committed to fighting for LGBT equality worldwide. In the essay, Biden writes:

My father taught me that everyone is entitled to be treated with dignity and respect. It’s a simple but powerful notion that lies at the heart of our identity as Americans. It is a truth that continues to drive me today, particularly when it comes to full equality for lesbian, gay, bisexual and transgender people.

+ Canadian Prime Minister Justin Trudeau said in a press announcement this past Wednesday that Canada will formally apologize to LGBT people who have faced discrimination and injustice due to Canadian policies and laws. The “apology” could include financial compensation or pardons; what, exactly, the apology will entail will be revealed later this year. 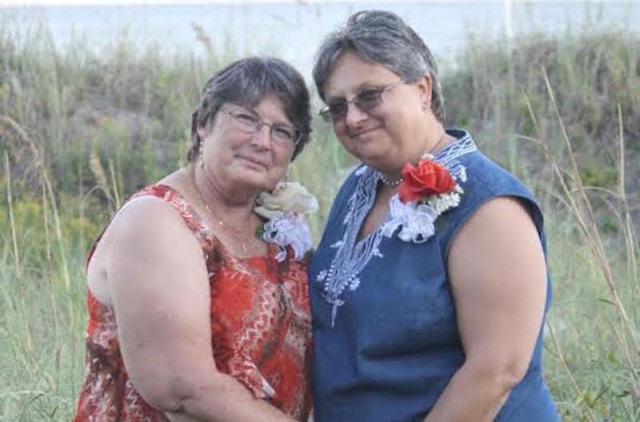 Wal-Mart announced it has reached a settlement agreement in the historic class action Cote v. Wal-Mart case. Wal-Mart will pay out $7.5 million to same-sex couples who were denied health insurance benefits before the company changed their policy.

Jacqueline Cote sued Wal-Mart in 2015 when she was unable to cover her spouse and partner of 25 years, Diana Smithson, under her employer’s insurance plan, resulting in the couple incurring over $100,000 in medical debt. Wal-Mart, at that time, didn’t extend spousal benefits to same-sex couples. 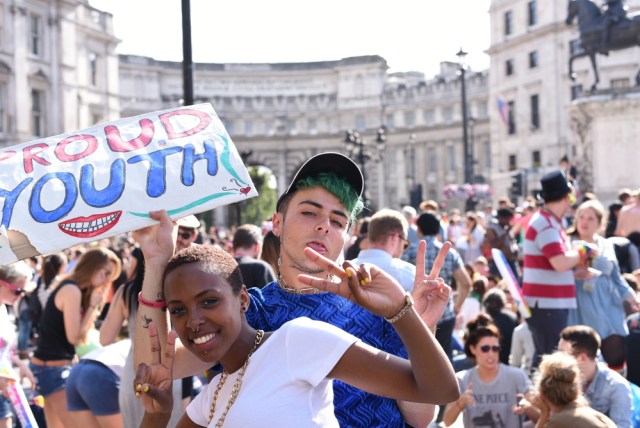 + Queer youth need community to thrive, a new study out of the University of Arizona says. Well, yes!

+ Get into these 50 Activists Fighting for LGBTQ Rights in 50 States in honor of the International Day Against Homophobia, Transphobia, and Biphobia!

+ The New York Times Smarter Living section has some hot tips for you: If You’re Asking, ‘Am I Gay? Lesbian? Bi? Trans? Queer?’ Here’s a Start