Guess what! It’s International Mix Tape Day! Or … it was. But now Laneia, Intern JK and the entire Team & Army are ready for it … and the future is bright. Speaking of the future, we sent a lady into the world of men to tell us about the Worldwide Developer’s Conference in Carlytron’s latest Nerd Alert. Also! Girl-on-Gallery – Hot Boyish Girls do Androgyny. Also if you haven’t listened to Carlytron & Riese’s hiLARIOUS visit to the Gay Pimp Podcast, you really should!

ART AGAINST h8: I’m obsessed with this and will be posting photos from it all week. 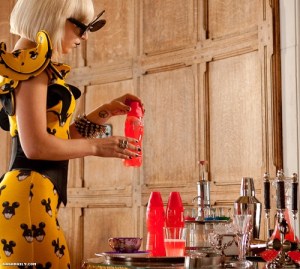 LADY GAGA! “I write about what I know: sex, pornography, art, fame obsession, drugs, and alcohol. I mean, why would anyone care to listen to me if I wasn’t an expert in what I write about?” (@elle)

POP! Stars who are totally over it. (@ohnotheydidnt)

ADAM LAMBERT: MEDIA AGAINST THE MUSIC!: Did you see Adam Lambert on 20/20? Didja, PUNK? We saw it. So, Adam Lambert is GAY! Gaygayggayayayaygagyayg. (His brother always knew it!) Sidenote: get your pants on, go to the store, buy Rolling Stone and read the article, it’s good, we la-la-love him even more today than yesterday. P.S. HE’S GAY! Watch this video!

ADAM LAMBERT! Meanwhile Gene Simmons has gone on FoxNews to say Adam should “shut up about being gay” because “no one cares.” And for the first time in Autostraddle history, we will now quote an internet commenter:

+ POP! Last night June 13th the Logo NewNowNext Awards were on the teevee. If you missed it, you can see it on the computer. Hey-o guess who helped create these fancy gay videos? That’s right, our very own Carlytron! Take a gander:

Check out Jessica Clark, Erin Foley and Kate McKinnon and other ladies in this here video.

+ WOMYN: Ask Professor Foxy: Am I Nonmonogamous? … Also, I’ve always considered myself somewhat bisexual, and I have become increasingly eager to explore that side of my sexuality …” (@feministing)

+WOMYN: British Vogue Editor’s Lame PR Coup: No More Size Zeros! – “Isn’t that the name of the game? Calling out that which came before as utterly passe – especially if you’re in control of it – in lieu of “reinventing” or whatever the hell fashion people do?” (@gawker)

↑ Why I Now Support Gay Marriage: “WHEN I ran in the Democratic primary for governor against Eliot Spitzer in 2006, I vocally supported civil unions for same-sex couples but did not endorse equal marriage … I was wrong.” (@nytimes op-ed)

↓ I know it’s Sunday Funday but when Queerty says, “[Obama] is a liar, and his actions are despicable. He’s risked every ounce of credibility among gay Americans. The man who championed hope has given us every reason to lose it,” I think it’s worth noting.

↑ @carlytron: this made my day. 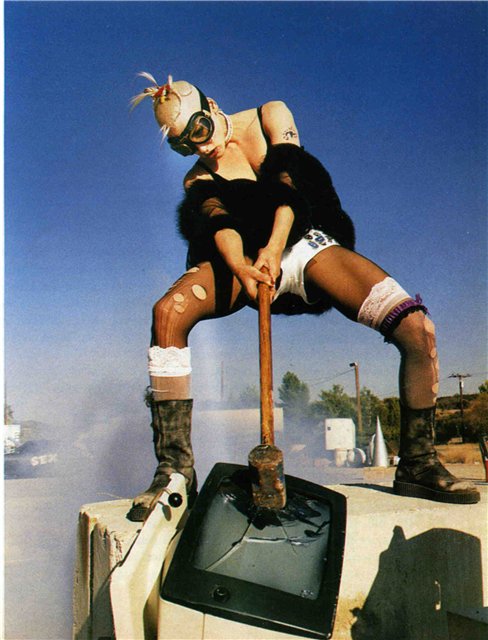 Your No-On-H8er of the Day