TRANS: Gender Blender: New Law Aside, Straddling the Sexes Can Be a Bitch: The Independent’s cover story tells the stories of trans kids, explains why it’s bad to say “transgendered,“ instead of transgender, looks at the impact of gender discrimination laws and also how Focus on the Family warned everyone that letting transpeople in bathrooms of their preferred gender identity would provide an opportunity for perverts to lurk and they were totally wrong about that.

“Why can’t nature create a person who has a male brain in a female body?” she asks. She says it’s entirely different from same-sex attraction, referring to a saying that’s posted in Inside/Out’s main meeting room: “Gender is between your ears; sex is between your legs.”

The writer also speaks with Adison, “a 21-year old who likes the effects of taking testosterone, but has no desire to be identified either as a man or a woman and prefers the pronouns “ze” and “zir” instead of the more traditional “he” and him or “Mshe” and her. As much as our lexicon is already getting a little bit complicated, I agree that it’s a good idea — anything to introduce the idea that there’s more than two genders out there. 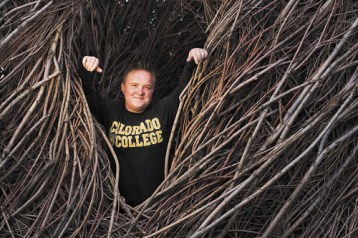 GIRL-WATCHERS: A Girl’s Guide To Respectful Girlwatching: “Design critic Stephen Bayley’s smug Telegraph-framed assertion that “taking an educated pleasure in the shape and style of women is not belittling, it is elevating” smacks of Mad Men-style paternalism. But as a straight female girl-watcher, I sort of agree.” What do you think of girl watching? (@jezebel)

NUNS ON THE RUN: “It is a story worthy of a Dan Brown thriller, replete with secret ceremonies, powerful adversaries and hidden motives. Yet this high-level plot is playing out in real time, right under our noses, and it all begins with a modern-day inquisition into the lives of nuns.” Why is the Pope targeting women?

!!! What Punctuation Mark Are You? “My days as a semicolon were pleasant; they were carefree. I used the semi-colon frequently in my writing; I relished my ability to string together two complete sentences without the benefit of a conjunction.”

Why Are Asian-American Women Prone To Suicidal Tendencies?“Let’s say you have extremely traditional parents who encourage you to achieve at all costs, discourage any admission of weakness, and think the cure for depression is working harder. And you grow up in a society that tells you the only two good things you can be are a fucktoy and a submissive doll, and if you’re not one of those, you’re probably a mean, nasty “dragon lady” — all of which is reinforced by a lifetime of sexist and racist slurs. If you seek therapy, your chances of finding a counselor with a similar background are virtually nil, and a typical Western one is likely to tell you your parents are abusive assholes and/or turn the session into storytime, with you as the fascinating, “exotic” raconteur. Yeah, I think I can see where the despair might come from.” (@jezebel)