There is really nothing in the world more adorable than a queer partnership. I know this for two reasons: 1. this gallery, and 2. the lesbian couples I see riding the Green Line in Washington, DC in coordinating Keds and kicks.

I am about to tell you two stories that will make you smile really big and probably propose to your girlfriend. Maybe think about that second one for a little, though. Have you considered buying a cat together first? 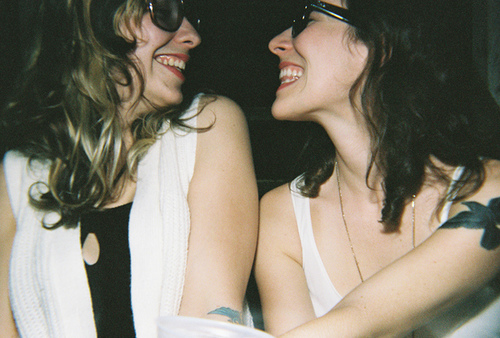 A Gay Marriage Fit for Superheroes

In “Astonishing X-Men No. 51,” a mutant named Northstar will marry his boyfriend, mostly because X-Men is the gayest comic of all time. Midtown Comics in New York City took it upon themselves to honor the occasion with an in-store wedding, and on Wednesday served as the perfect location for Scott Everhart and Jason Welker’s nuptials.

Everhart and Welker are a gay couple from Columbus, Ohio – where gay marriage isn’t legal. They were selected from over 50 applicants because they “really stood out as super-fans,” according to the store’s events director. Everhart caught wind of the competition, submitted an application, and then found out it was all happening — so he proposed.

Gerry Gladston, one of the store owners, said he was “proud to take this opportunity to promote equality and tolerance.” The couple will hold a reception in Ohio for their family and friends who couldn’t make it to the big city, and will hopefully live happily ever after. Do they do that in comic books? 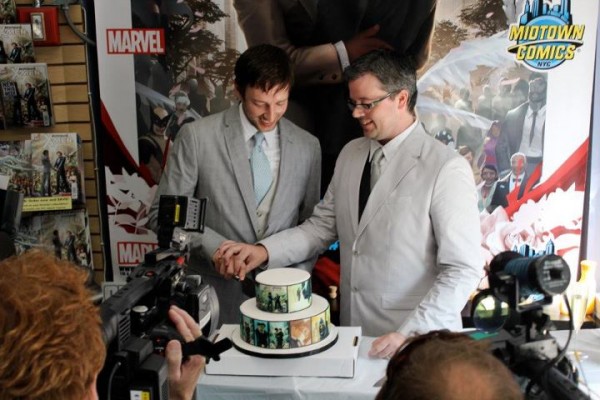 The Queer Marriage Proposal of the Century

Let’s begin with a cast of characters for this one: meet Dr. Scout, director of Network for LGBT Health Equity at The Fenway Institute and a badass trans* activist who planned the LGBT Pride reception at the White House, and Liz Margolies, executive director of the National LGBT Cancer Network and Scout’s soon-to-be life partner.

Margolies is “ambivalent” about the institution of marriage but couldn’t resist saying “yes” to Scout when a proposal came in the middle of the LGBT reception, right in front of the marine band and everything. Scout definitely poured on the romance, or maybe just the honesty, in the best way — with his words:

Because the last three and a half years, you have been an amazing adventure. Because you try harder than anyone in the world. Because while I’m a little scared to spend the rest of my life with you, because you’re so damn fierce, I’m also amazingly excited about the possibility.

The idea that this partnership exists on the planet is remarkably and overwhelmingly adorable and warm fuzzy feeling-inducing on its own. But the idea that a queer partnership like that of Scout and Margolies moved to a new level inside of the White House is definitely worth reflecting on. We’re here, we’re queer, and we’re adorable — and like I’ve said again and again and again, important people (sometimes) love it. “It’s been really a surprise to us how much of a story this has become,” Scout has said. “Reminds me how often just living our lives openly can be revolutionary.”

Here’s video footage, since I know you want it.