We love Steven Universe not just because of its amazing queer representation, but because that representation comes from such a high-quality and remarkably well-made show. The queerness isn’t just thrown in; it’s a seamlessly integrated part of the universe. The queer characters actually live queer lives; it’s not a one-off mention of something that never gets brought up again. You can tell that the Rebecca Sugar and the other creators put a ton of effort into every aspect of the show, and that definitely includes the queer parts of it. Never is that more clear than in the new book Steven Universe: Art & Origins, which gives fans and readers a peek into the world of the Crystal Gems and the Crewniverse that brings them to life. This book, by Chris McDonnell, covers everything from the origins of the idea for the show in creator Rebecca Sugar’s sketchbook, to designs for environments and locations, to behind the scenes information on how the animators keep the characters looking on model. 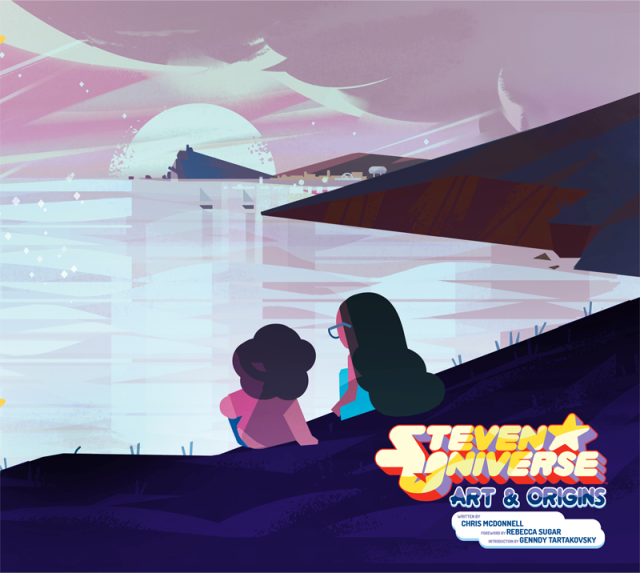 I really love seeing how these favorite characters of ours came into being. It’s so interesting to see which parts of the original Crystal Gem designs stuck around past the pilot. If you’ve seen the pilot, then you know that Garnet, Amethyst and Pearl looked pretty different (especially Pearl) and here we get to see how they started off looking even further from where their character designs ended up. I really love that even in Garnet’s earliest designs Sugar describes wanting Garnet looking like “Estelle in ‘I Can Be a Freak’.” Great job imagining a character and bringing that version of the character to life. Amethyst has stayed largely the same, with her big, messy hair and exposed shoulder and dance outfit. But Pearl, the first drawing shows her looks like a grey-skinned lesbian with a short hair cut, skinny jeans and a cute tank top. You’ve got to wonder how often the executives had to ask Sugar to “turn the gay down” when designing Pearl. 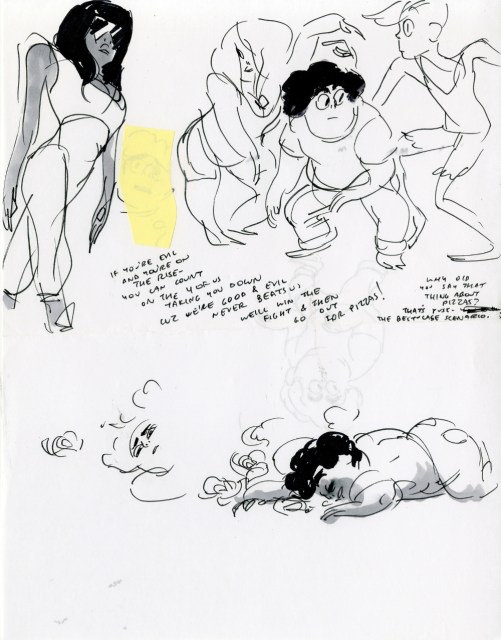 If you’re a fan of the show, or art or animation in general, I think you’ll be a big fan of this book. It’s simply gorgeous, starting with its color-blocked cover featuring Steven and Connie looking over Rehoboth Bay, which overlooks Beach City. It’s a serene, tender and moody scene, one perfectly in line with the show’s aesthetics. The book is filled with even more beautiful art from the show’s creators and artists. And if you want to do more than look at pretty pictures (not to diminish the art at all) the entire book is made up of interviews with the Crewniverse, in a sort of oral history style. That’s over 230 pages of art and quotes from the people behind Steven Universe. 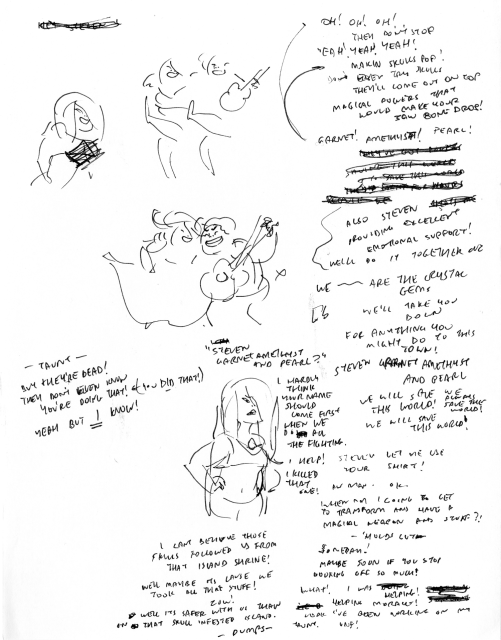 There is one thing I need to address though. On one page there’s a spread of “Design a Gems” where people working on the show came up with ideas for gems as a creative exercise. One of these, Concrete is drawn to look very much like a classic Blackface character and when you read a list of her characteristics one of them is “can’t read :(.” Obviously, this is not okay, and if it stops you from buying the book, I understand. The creators have said that it was unintentional, but still, no one who edited the book noticed or thought it was a problem. To their credit, Rebecca Sugar and Lamar Abrams (who drew the picture and is himself Black) have issued apologies and have promised to take it out of future editions of the book. So if you want to wait for a second printing to buy it, that’s fair too. 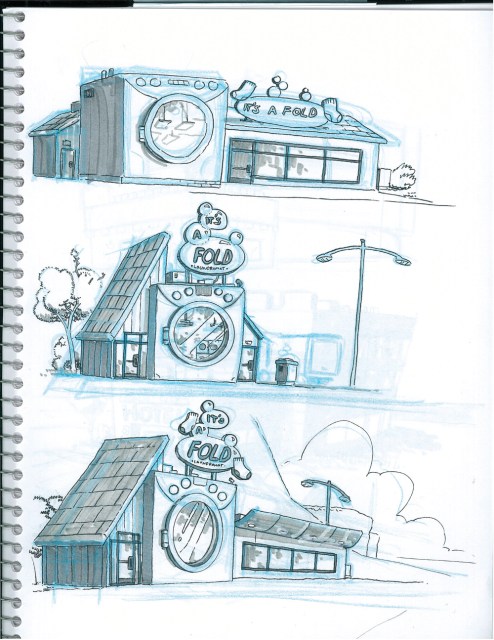 Steven Universe: Art & Origins is overall a wonderful addition to a Steven Universe fan’s library or coffee table. It’s a wonderful book documenting part of the history of queer representation on TV, in animation and in all-ages and children’s media. It’s a book that you can return to over and over and over again, and that’s great for a conversation starter, if you ever want to have a conversation about some gay space rocks, and really, who doesn’t? It’s a testament to how much hard work and creativity and teamwork went into making this show we know and love and are thankful for. It’s an important thing to learn about and acknowledge the people who make the things we love, and this book gives Steven Universe fans an opportunity to do just that. You can buy Steven Universe: Art & Origins on Amazon and other book stores.