If you’ve read pretty much any article here on Autostraddle that talks about trans women or trans people in general, or even if you’ve read articles elsewhere, there’s a good chance you’ve seen plenty of links to the National Transgender Discrimination Survey. It’s pretty much the survey to end all surveys for transgender statistics and simple descriptions of transgender experiences in the United States. Now, the US Trans Survey is looking to take that idea and go twice as far. That’s where you come in. 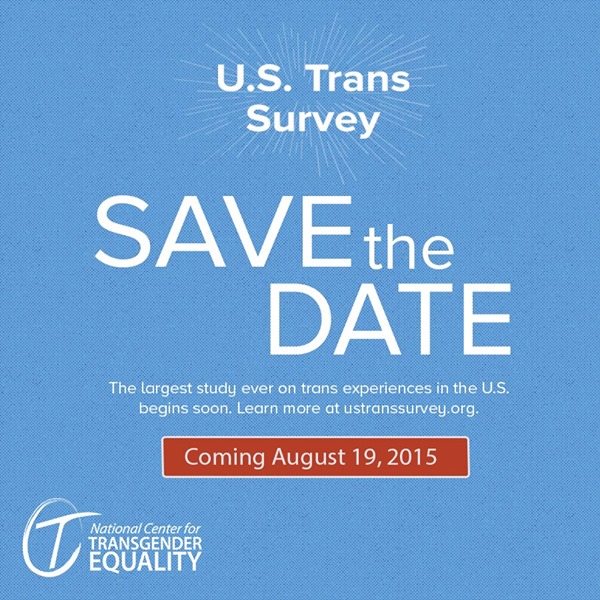 The National Transgender Discrimination Survey was a survey of 6,436 transgender and gender non-conforming people in the United States that was taken in 2008-2009 and compiled in the 2011 report Injustice at Every Turn. This report is full of what is currently the most accurate and up-to-date data that we have on demographics like ethnicity, age, sexual orientation, income and education level; discrimination faced in education, incarceration, employment and housing; rates of violence; family acceptance and steps taken to transition. I cite this report pretty much any time I have to write something where I’m talking about rates of discrimination or homelessness or poverty. And now, the U.S. Trans Survey is looking to at least double the number of respondents.

In order to do that, the US Trans Survey is hoping to get 20,000 people to pledge to take the survey, which will become available on August 19th. You can make a post on twitter or facebook, you can write about it on your tumblr or other blog, you can even change your facebook cover photo. You can even host a meetup where you provide computers for people to take the survey. Whatever you do, just make sure that you spread this to as many trans people as you know.

We all know that transgender visibility is at an all-time high. However, despite Laverne Cox’s magazine covers and Emmy nominations, the growing number of trans characters on TV and of course, Caitlyn Jenner, most of America still doesn’t really know how many transgender people there are, where we live, what we look like or what kind of struggles we face. The increase in visibility hasn’t necessarily led to an increase in quality of life for trans people either, especially black and brown trans women. This is a way to help change all of that.

It’s precisely because of that increased visibility that this is the perfect time for this survey. With the information and statistics that we get from this survey, we’ll be better able to show just how diverse the trans population is and just how much discrimination, transphobia and transmisogyny we face. I cannot begin to tell you how important that will be for trans advocacy work over the next few years.

The unfortunate truth is that some people just won’t be convinced by first person accounts of transphobia. They need to see hard data in order to be convinced. I know that when I testified at the Idaho Capitol Building asking The State Affairs Committee to add the words “gender identity” and “sexual orientation” to the state Human Rights Act, trans people would come up, one after another, telling moving personal stories from their lives about the discrimination they’ve faced, only to have a board member ask, “yes, but do you have statistics on how often this kind of discrimination happens?” This survey will give us an accurate answer. 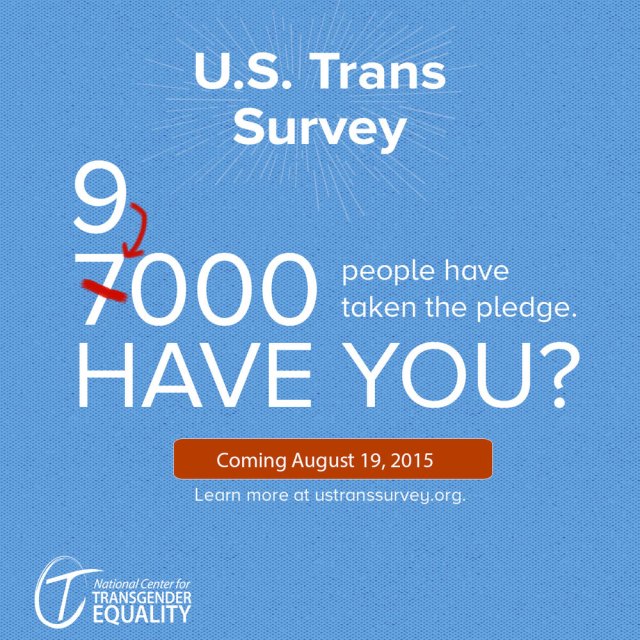 Let’s make that number even higher!

This survey is for all trans people 18 years and older. So whether you’re a trans woman or trans man, genderqueer, agender or non-binary, whether you’re out to everyone or out to only yourself, as long as you have a trans identity, you’re perfect for the job. If you still have questions, the National Center for Transgender Equality has answers. The survey wants to be able to provide an accurate picture of the demographics of trans people in the US and an accurate representation of the kind of discrimination, harassment and violence that those trans people face, and if enough people don’t fill it out, it won’t be as accurate or as useful. All of us can help make this survey be an invaluable tool for years to come that will undoubtedly aid in the fight for trans rights across the country. If you want to add your voice and let the world know what it’s like being trans, sign up today to pledge to take the survey this August.