Welcome to the forty-fifth installment of  Queer Your Tech with Fun, Autostraddle’s nerdy new tech column. Not everything we cover will be queer per se, but it will be about customizing this awesome technology you’ve got. Having it our way, expressing our appy selves just like we do with our identities. Here we can talk about anything from app recommendations to choosing a wireless printer to web sites you have to favorite to any other fun shit we can do with technology.

A few weeks ago, I did a post on why I’m addicted to Fallen London and there was a tremendous response. A few of our readers started a Fallen London group right here on Autostraddle, to connect with other in-game Straddlers so we can talk about our Nightmares and play chess with each other. And I can say with complete certainty that a few staff members are hanging out in the Neath.

Y’all, we did such a good job gaying up Fallen London that the creators noticed our en masse entrance. And they wanted to thank us by giving us some super neat access codes for in game goodies!

If you’re already playing Fallen London, click here for your access code. I won’t tell you what you get, but let’s just say Autostraddle is Revolutionary.

And if you haven’t signed up yet and want to start a unique story, you can use this access code here.

I also got a chance to talk to Alexis Kennedy, one of the creators of Fallen London, about Failbetter’s brand new game, Sunless Sea.

Sunless Sea is going to release on Mac and PC, and rather than being a text-based browser game, it’s a pay-to-download-the-whole-game RPG. It’s set in the same world as Fallen London, except now we’re exploring the Unterzee. We’re gonna be Zailors, you guys! Though the game is very different from Fallen London, the focus on story (and the choices you make that help shape the story) is most definitely still there. There’s a lot of unique game-play here, such as the lights on your ships affecting how terrified your crew members are, or how many monsters you attract as you explore. And because death is pretty much inevitable (that, or insanity), your ship will be inherited by your next character, so you can keep playing without raging.

Of course, as cool as the game is, my big questions for Failbetter Games had to do with why they chose to be so wonderful about gender and sexuality when many games do not make that choice, and if those options will carry in to Sunless Sea. The short answer: yes. But here’s the long answer, which is far more interesting:

Ali: Many of our readers LOVE being able to choose “none of your business” as a gender. Whose idea was it for a third gender option? What did that conversation look like? Did you guys expressly think of genderqueer game players, or did you have another reason to include the third option? What, if any, effect did the game’s time period (1889) have on your decisions?

Alexis: It was my decision, and at the time it wasn’t a big deal.  I’ve said in the past that it just seemed the decent thing to do, but your question made me think about why it was that we did it and other games startups didn’t – when I’m a straight white het cis man with quite a traditional gender identity and no especial insights into non-binary roles. I think there’s two reasons.

One is that my parents called me Alexis. So for years I’ve been getting letters addressed to Ms Kennedy, and in that period after the Internet but before Facebook, strangers would often assume I was a woman. And I quite enjoyed that ambiguity. Don’t get me wrong – I’m not suggesting it was anything like the experience of being genderqueer – but it seemed natural, when I came to build Fallen London, that some folk might want to say ‘none of the above.’ Even though my knowledge of non-binary gender identities in RL was, to say the least, extremely vague.

The other reason, as you suggest, is that Victorian society wasn’t just sexist and homophobic, it’s our early C21 go-to example for sexism and homophobia. We talk about ‘Victorian attitudes’, not ‘Roman attitudes.’ So I decided very early on that the only sensible way to approach this was just to have the game pay no attention to a character’s gender. You can seduce the Melancholy Curate – and his sister – you can achieve high office, you can be a salonnière, and Fallen London neither notices nor cares. (It does address you in different ways, and it does affect your choice of character portraits. More on that in a moment).

Candidly, this was both a pragmatic and an ideological decision. If we had to script for every possible common combination of genders in a romance, it would hugely increase our workload. It also means we lose a lot of possible texture. We don’t get forbidden gay love, we don’t get arcs about women struggling for recognition, and it’s sometimes quite hard to write a risqué subplot that’s got flavour and specifics but where the player’s gender role is nowhere referenced. But it seems the fairest way though the maze.

Incidentally, characters by gender in Fallen London are 47% gentlemen, 36% ladies, 18% neither of the above.

Ali: I hear same-sex marriage was recently legalized in Fallen London! MAZEL TOV! Could you tell us a little bit about that decision? How have your opinions evolved on these issues of gender and sexuality from Fallen London’s launch until present?

Alexis: Yeah. In hindsight, we had some classically unexamined prejudice here. We added a mechanic to the game for marriage in the game between players and non-player characters. And then we thought, hm, marriage in nineteenth-century London wasn’t recognised without a religious ceremony, and having the Church bless same-sex marriage seemed a step too far to be plausible. This was only a decision about what the fiction supported – everyone in the company is unambiguously in favour of legalising same-sex marriage in the real world. But we made it ‘Constant Companion’ not ‘Spouse’, to give the impression it was a quasi-official secular or common-law ceremony, and we wrote round the details. To be clear, it was never a two-tier thing – women couldn’t marry men, either, just adopt them as CCs.

It was my call, ultimately, and I think now I made the wrong decision. Because when the changes began in the UK and the US, it suddenly seemed absurd that there’d been this huge battle won and people could marry as they liked in the real world but in our imaginary London it was still impossible. And it was easy enough to invent an in-fiction justification for the change.

Perhaps inevitably, this garnered us a handful of complaints from players who said ‘wait I have to be married to my other half? I preferred it when we were living in sin.’ 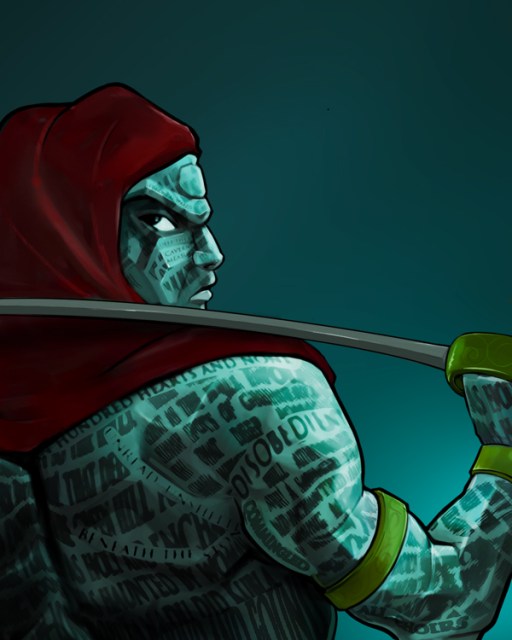 Oh hey, this is the Pirate-Poet. This character identifies as non-binary, according to the Sunless Sea Creative Team.

Ali: Will all these options for gender and sexuality be included in your upcoming game, Sunless Sea? Will there be any tweaks or additions?

Alexis: We’re keeping the options, yes. By this point, I think all our fans would be disappointed if we didn’t have a third option. But there are two changes I’d like to make. One is that the game calls you ‘sir’ or ‘madam’ or ‘sir, er, madam, er – ‘ depending on gender. That seemed funny when I wrote the code for it four years ago, but we’ve had some feedback that it can feel tiresome or insensitive, especially when it keeps on happening, and we’ll fix that. The other is simply that we won’t filter the character portraits by gender. It seemed totally natural to do that when we built FL, but we get now that some people want an identity that doesn’t fit that tidily. Especially with third-option portraits.

The story remains largely gender-blind. This means throwing away some of the texture of nineteenth-century sea-faring myth and history. No superstitions about women on board ship, no sweethearts dressing as men to follow their husbands to sea, female pirates in the tradition of Anne Bonny and Grace O’Malley lose some of their salience. But one thing we’ve realised in the last four years is: so what? Ultimately, this is not Sarah Waters writing a painstakingly researched exploration of life in the nineteenth century, this is a video game. It’s more important to make it more accessible to a larger number of players than it is to make it 5% more historically accurate. Especially since we were happy to sacrifice historical accuracy if it meant we could have soul-stealing monkeys and ships crewed by giant spiders.

You asked about options for sexuality. Romantic and sexual plot-lines are going to be surprisingly salient in Sunless Sea. Fallen London is all about hanging out at the wrong kind of parties, and writing poetry bombed out of your brain on gin and opium. And hunting monsters. Sunless Sea is about exploring an underground ocean full of marvels in a steamship. And hunting monsters. So on the face of it, opportunities for human drama would be more limited. But actually, we’ve called it a game about ‘exploration, survival, and loneliness.’ A lot of the story elements will deal with the kind of pressures and dynamics you get when you’re alone at sea with people you wouldn’t necessarily choose to spend time with, and the decisions you make. Especially the wrong ones. That sounds like romance to me. 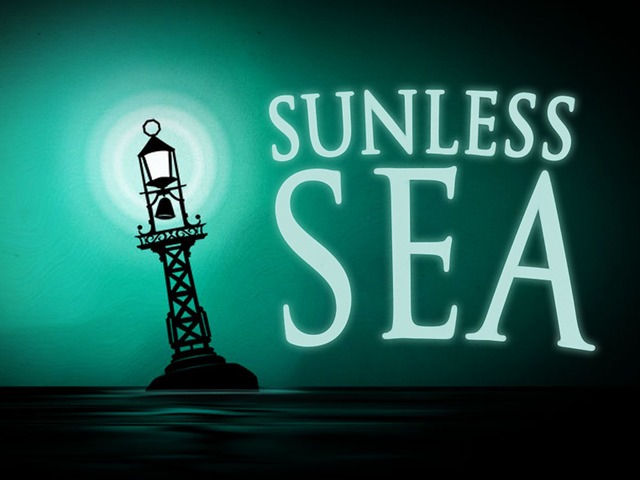 If you can’t wait to get your copy of Sunless Sea (I can’t!), then I highly suggest you donate to Failbetter’s Kickstarter at the 10 quid level. This will a) insure the game gets made and b) get you a copy of the game for £10 the second it’s released. Also your name will be in the credits, and it would be kinda badass to see a bunch of Autostraddle readers in there.