Season One of Trinkets was an endearing tale of three unlikely friends and Season Two is more of that same pure, sweet energy as our time with this trio comes to a close.

Trinkets finds that sweet spot between show-for-teens and shows-about-teens-that-are-definitely-for-adults that’s honestly very refreshing right now. It isn’t high-impact or high-adrenaline, it’s not full of action or murder mysteries or face-stealing cyber stalkers. It’s grounded in reality, albeit an atypical reality, and touches on sexuality, addiction, abuse, and other real-life traumas. Trust is broken, friendships are tested, all while the three main characters remain adorable and extremely watchable. As in, I would watch them read the phone book to each other because the on-screen friend-chemistry between Brianna Hildebrand, Kiana Madeira, and Quintessa Swindell is as appealing to me as swiping little baubles from stores is to Elodie.

Season One ended with Elodie running off with her rock star crush Sabine to go on tour with the band and try to avoid having her father send her to a rehab for her kleptomania. And we open with her on the tour bus, seeming happy to be on the road with Sabine while Moe and Tabitha cover for her back home. But she soon learns she’s in over her head when she realizes Sabine just sees her as her newest toy and she makes her way back home. 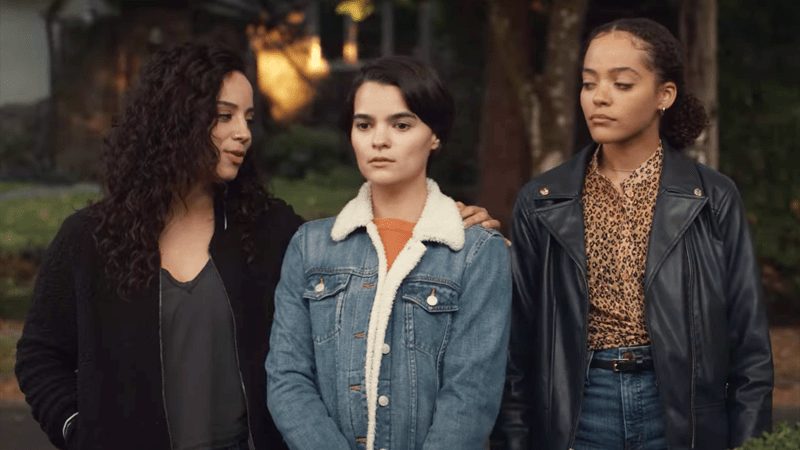 Also, fun queer fact, Elodie has a song she starts writing on a stolen ukulele while on tour that ends up being a bit of a throughline for the series, and that song was written by none other than friend of the site Mal Blum!

One thing I like about this second season that elevated from the first is that we enter this season with the girls’ friendships fully formed. They’re finally starting to leave their old fake lives behind and lean into the true friendships where they can be their whole, honest selves… something it took me until after college to realize. That you didn’t have to try to fit into a group, you should try to find (or make!) a group that fits you. 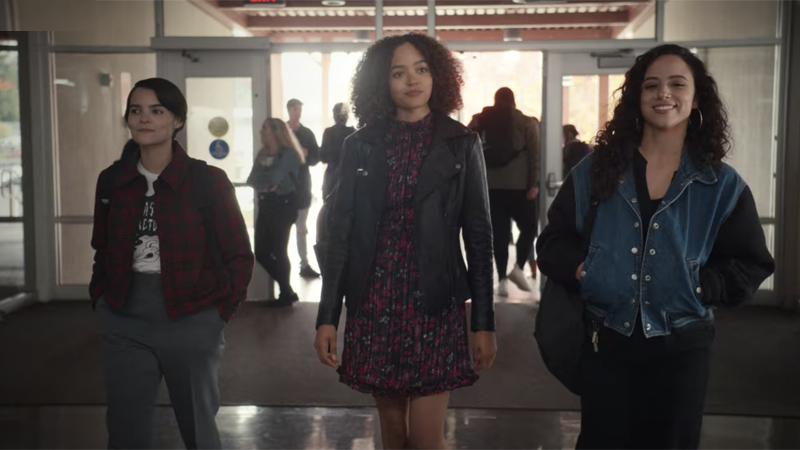 Also? At the end of Season One, Elodie and Tabitha were both in relationships with people who seemed a smidge too old for them, so this season pushes those love interests to be foils instead, and gives them both more age-appropriate (but still not lacking in drama) relationships.

Speaking of which, this girl that catches Elodie’s eye when she joins Band for the first time is named Jillian, and she looks like if Tara McClay had a daughter or a wee clone. (In fact, I literally paused the episode and Googled to see if she was related to Amber Benson. I have not found any evidence either way so it’s still possible.)

This leads to some very cute scenes, like Elodie trying to find out if Jillian is into girls, using a little Sally Ride banter to help her out. Elodie and Jillian are at very different places of their coming out journeys, and every interaction they has is cute and awkward and YOUTHFUL. It feels much more like what my interactions with girls would have been like if I was out when I was in high school than the shows that go from zero to passionate-sex-in-my-Beautiful-Toyota. It feels more reminiscent of Elena and Syd from One Day at a Time, and it’s sugar-sweet and delicious. 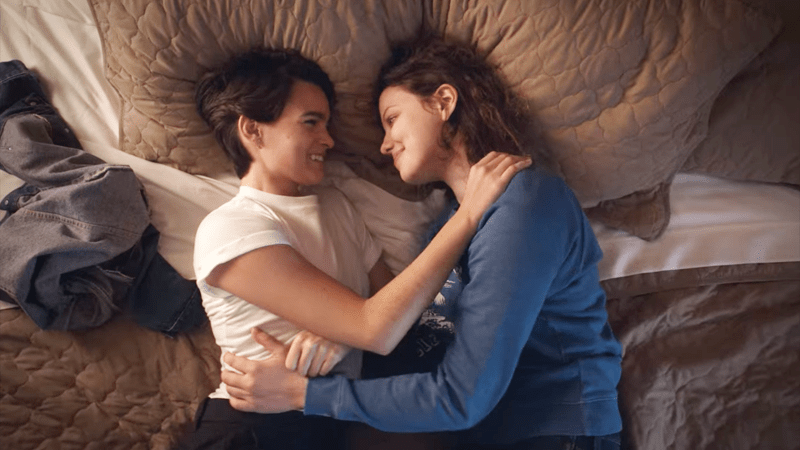 All in all, Trinkets is about teenage girls learning that they’re stronger together, and that building each other up and supporting each other is more powerful than tearing each other down. That they have too many factors working against them to turn on each other, too. “This war is hard enough without infighting.” It’s three very different girls from three different worlds learning how to lean on each other to make a perfect, structurally sound little triangle. 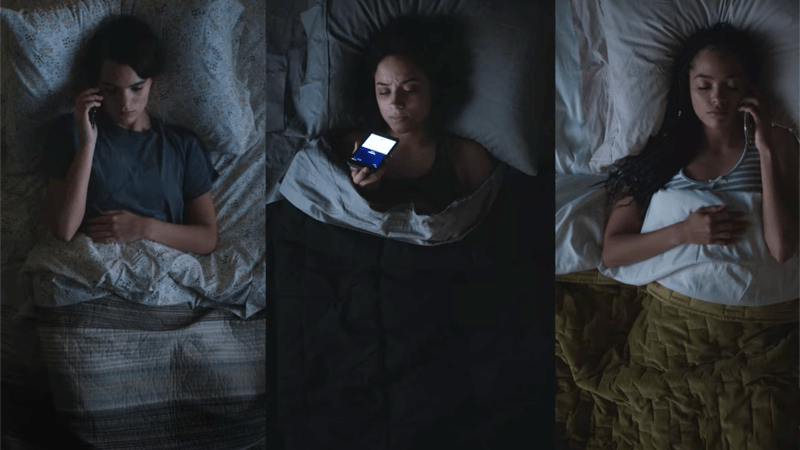 There’s something about the relationships between these teens that you just… KNOW that women and queer people were involved on and off the screen. (And it’s true! Just like Season One, the majority of the writers and directors are women.) Also knowing Brianna is queer in real life and Quintessa is non-binary just adds to the feeling that this show loves us as much as we love it, you now?

Season Two overall is just as bingeable as the first season, filling your heart up, breaking it, then filling it right up again. I didn’t even mean to watch it in one sitting, but I did, and my only regret is that I didn’t savor it (but that’s what rewatches are for.) There are moments of stress and anticipation and vindication and even though I wish it wasn’t goodbye forever, a nice little button on the series as a whole.

Basically what I’m saying is, between the female friendships and sweet queer romance, Trinkets Season Two didn’t have to steal my heart because I gave it freely.

Both seasons of Trinkets are on Netflix now!