It’s already pretty clear that Mitt Romney is Not Your Candidate if you are a woman, or like women, or know any women, or have heard of them maybe. Nonetheless, you may still have it in you to be shocked that Romney’s senior campaign adviser, Eric Fehrnstrom, not only isn’t interested in women’s issues, but described them as “shiny objects” meant to distract voters from the important issues of the campaign, which we can only assume from context must be “men’s issues.”

Specifically, Fehrnstrom warned that issues like reproductive rights would be used as a devious ploy by Democrats to distract from the Real Issues, and that this should excuse Romney’s pro-life stance: 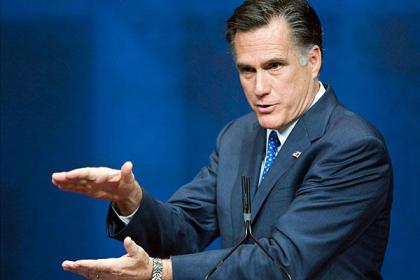 i care about women roughly this much

“Mitt Romney is pro-life… He’ll govern as a pro-life president, but you’re going to see the Democrats use all sorts of shiny objects to distract people’s attention from the Obama performance on the economy. This is not a social issue election.”

On the question of what a President who doesn’t think this was a “social issue election” would look like, David Plouffe, one of Obama’s aides, said “Potentially abortion will be criminalized… Women will be denied contraceptive services. He’s far right on immigration. He supports efforts to amend the Constitution to ban gay marriage.” Granted, that quote comes from the administration of the guy who would like to beat Romney in the election, but it’s still sobering to think about.

Logically, the idea that women’s issues are somehow extraneous and non-relevant is confusing when you consider that women are 50% of the population, and therefore 50% of voters. It’s true that the issue Ferhnstrom says is more important, the economy, affects people of all genders, but as we’ve discussed, so is Planned Parenthood. And so are reproductive rights; the question of whether women can choose whether or not to have children affects families, communities, and the whole nation, not just women. And even if it did only affect women, otherwise known as half the country, why would that make them irrelevant?

The thinking here follows a pattern often used by dominant/overprivileged groups; that the experiences and needs of their own group are natural, normal, and neutral, while the experiences of marginalized groups are understood as being special-interest, exotic, unreasonable, and most of all unimportant. You can see the same thing happening in a New York Times article this week that claims “men invented the internet.” As Xeni Jardin at Boing Boing said,

“Radia “Mother of the Internet” Perlman and the ghosts of RADM Grace Hopper, Ada Lovelace and every woman who worked in technology for the past 150 years frown upon you, sir. Women may have been invisible, but the work we did laid the groundwork for more visible advancements now credited to more famous men. “Men are credited with inventing the internet.” There. Fixed it for you.”

When the exact same basic facts about humanity (they have contributed to our culture and industry in meaningful ways, they are deserving of basic safety and access to healthcare, that they deserve to be compensated for their work according to a reliable standard) are applied to a marginalized group instead of a privileged one, it’s amazing to watch how (for some) they instantly become totally nonsensical, or demands for “special rights,” or cease to exist at all. The fact of the matter is that no matter how hard the GOP tries to redirect the entire conversation to the economy (and they’re trying very hard!), women’s issues aren’t just women’s issues; they’re American issues, and taxpayer’s issues, and perhaps most importantly, voter’s issues. As inconvenient as it may be for the GOP, American voters (even the female ones!) are able to to maintain awareness of multiple needs and issues at the same time, and none of them are “shiny objects,” especially not when it’s our health and our safety at stake.