To be honest y’all I’m not much of a comic book geek. I don’t purposefully skip the graphic novels section in bookstores. It’s not that I dislike them or find them boring. I’ve read a couple here and there but I’m not engrossed into that world as much as other people who deserve to be called fans. With that being said, there’s just something about Poison Ivy and Harley Quinn. They are just so cool and so badass that even though I don’t know anything about the DC world, I still wanted to talk about them!! And to be honest, they are the only reason I have even considered visiting my local comic book store.

If you don’t know about these two iconic villains/BFFs, don’t sweat. I didn’t for the longest time but I am so glad I do now and am psyched to be the first to tell you! 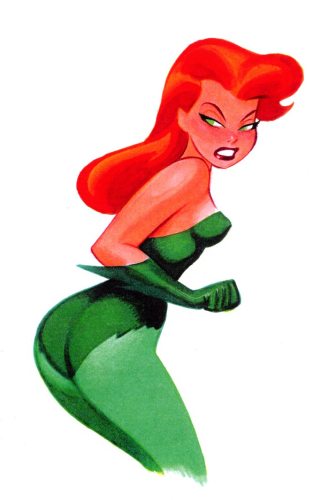 Let’s start with everyone’s favorite eco-terrorist (after Ellen Page in The East, of course) Poison Ivy. I first met this red-headed beauty when Uma Thurman played her in the 1997 box office flop, Batman & Robin. But I was 5 years old at the time and had no concept of what a bad movie was, I thought she was awesome. I envied her luscious red locks that rivaled those of Ariel and her fluorescent green jumpsuits that seemed insulting to nature. But long before Uma, Poison Ivy first appeared in the Batman comic in 1966. Apparently creator Robert Kanigher modeled Ivy after Bettie Page, so obviously now I’m hooked. While there’s a ton of back-story as to how she gained her “green” powers or why she’s “evil,” all you need to know is that she’s obsessed with plants and botany and is obsessed with protecting the environment. Oh yeah did I mention she produces pheromones that allow her to use mind control on her enemies. And it goes without being said that she has a kiss that could LITERALLY kill you. She just embodies everything I want to be as a person. 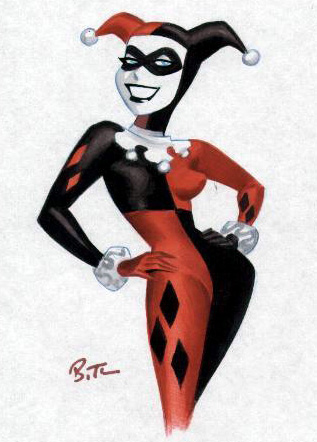 Then there’s her Ride or Die, Harley Quinn. She first appeared in the Batman world in 1992 in Batman: The Animated Series. Though her backstory is never discussed in the series, in a later graphic novel, Mad Love, she is originally Dr. Harleen Frances Quinzell, M.D., a psychiatrist in Arkham Asylum who falls for The Joker and becomes his sidekick/on and off girlfriend. There are other back-stories, but in all she goes loony for The Joker (I guess she’s a sucker for a guy in a nice purple suit?) and becomes a world class thief while donning a jester outfit and heavy face make up. Again all this make up is just making my femme dreams of super heroes come true. And I’m not the only one. She was so popular in the animated series she was added on to the comic book universe and has become one of the most well known female villains in comic history.

While these two gals are great by themselves, they are absolutely awesome when they bond together to create the greatest and most deadly friendship just EVER. They become instant friends when they meet in the animated series while robbing from the same museum. Ever since then, they are inseparable, and there’s hardly a moment one is seen without the other. While I find most villain alliances a little forced and often leading to one or both being double-crossed, Poison Ivy and Harley Quinn seem to actually enjoy each other’s company. Whether they’re getting away with something illegal or taunting Batman, they are always laughing and having a good time. While their plans are sometimes foiled, the two are pretty much unstoppable and I think the only reason they don’t get rid of Batman is because they have too much fun making his life miserable. 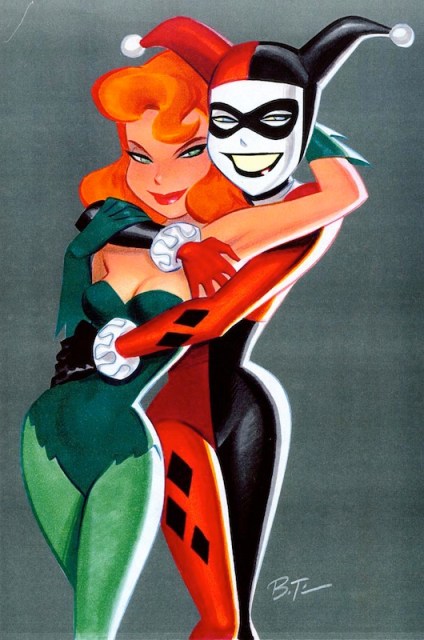 Also, I guess because they are so inseparable, they are perfect options for fan fiction. Just look at them!! You can cut the sexual tension with a knife. When I think of these two, I envision them as the cutest queer couple that is into feminism and sharing an eco-friendly Subaru. 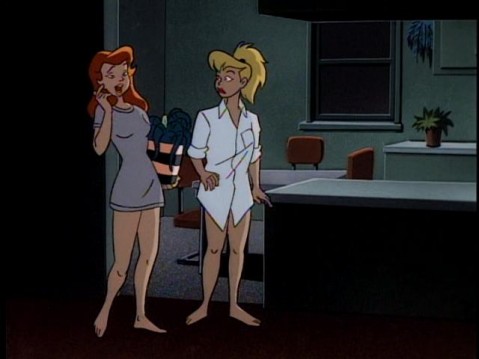 But even if they’re not romantically entangled, you know these two have each other’s backs forever. Even though they are animated, they represent female friendship better than most live movies or TV shows. Never catty or jealous, they truly care for each, especially seen when Poison Ivy constantly tries to save Harley Quinn from her abusive relationship with the Joker. They always look after each other, especially when there’s police involved.

Join A+!
Related:regularrhymes with witches