M. Carmen Lane and I met on a Sunday afternoon in Cleveland Heights. Carmen is the founder of ATNSC: Center for Healing & Creative Leadership, “an urban retreat center and social practice experiment in holistic health, leadership development, Indigenous arts and culture” and the Akhsótha Gallery, located in the historic Buckeye-Shaker neighborhood. Carmen is also a birth/postpartum and end-of-life doula.  We met on the east side of Cleveland at Luna Bakery. Our city is very community driven with lots of long standing small businesses like Luna Bakery. The space is cozy, and full of really good sweets. Carmen wore a maroon sweater and a fedora. We’d never met, but their jewelry and black rimmed glasses led me to them.

“Coming out has always been a layered process for me,” Carmen told me over avocado toast.

Carmen, 44, is a two-spirit African-American Haudenosaunee artist and consultant. When they first came out, they were 19. A student, they were working towards their degree in Women’s Studies and identified as a black lesbian feminist. In their late 20s, they later came out as two-spirit.

“Two-Spirit is a shorthand, because it’s an English translation. It’s more like two ‘worlds’ or the totality of creation. So when someone says they’re two-spirit, it doesn’t mean half man/half woman or both man and woman. It’s like I’m male and female and not male and not female and I’m a man and I’m a woman — it’s all of these things that bridge space and time, because who we were and are and continue to be has been molested by colonization.”

Carmen talked about how as someone who was immersed in women of color feminism, the word “queer” never felt right for them. They see it as a word used by white gay men. Nonetheless, Carmen sometimes uses “queer” to bridge the gap between generations or “non-binary” when talking to non-Native people.

“Two-Spirit became an important word for me, because all of these commas and qualifiers didn’t feel good to me for myself and in the larger LGBT movement.”

They addressed how mainstream LGBT culture is informed by white LGBT people and their worldview. “The expectation is that my experience of being in a body that is brown is in addition to that worldview.”

Later, Carmen expanded on these ideas. 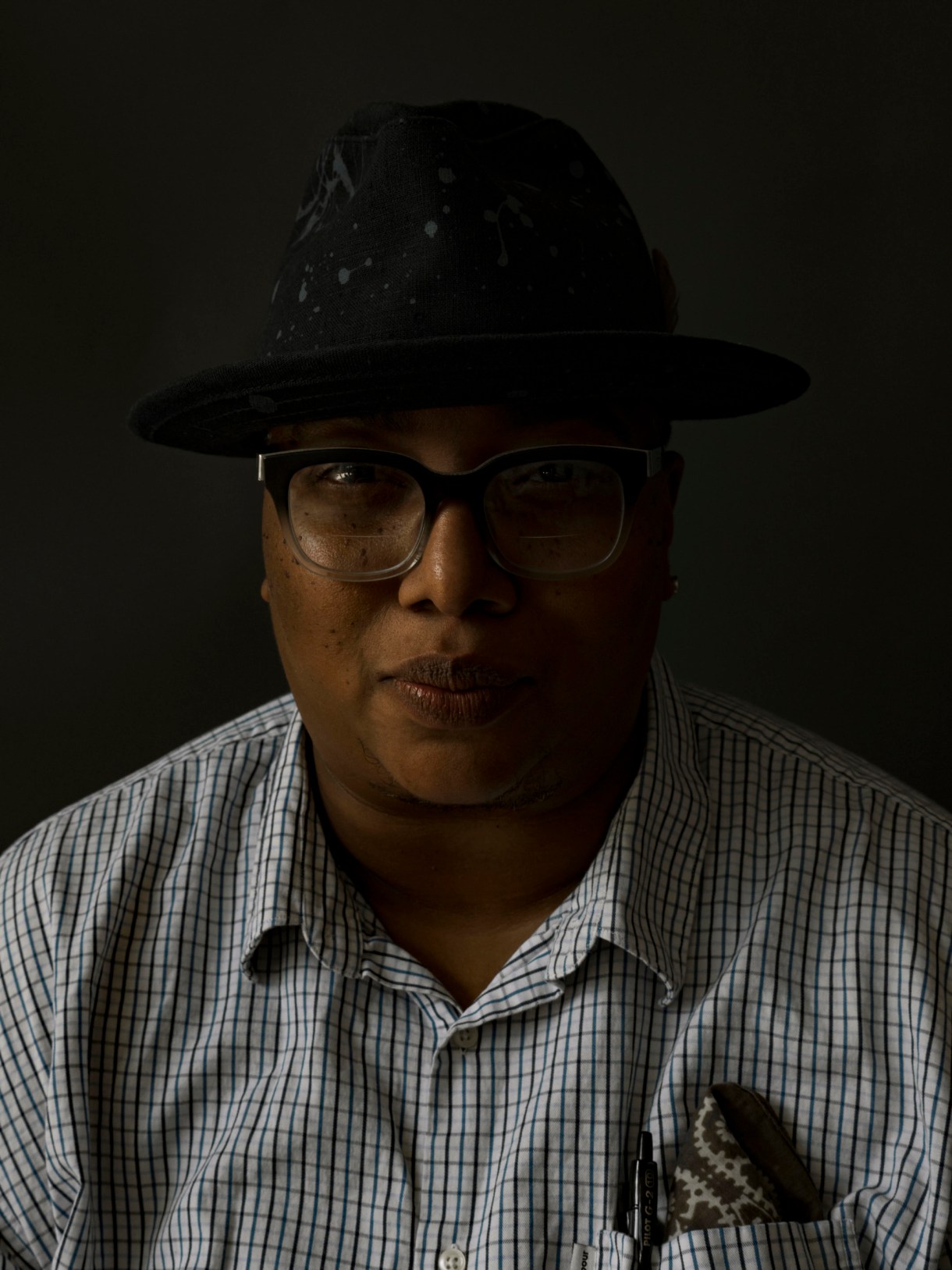 “Two-Spirit helped me to reclaim the whole of me that was also culture, because how we understand gender is culturally bound. So I reject the ways in which particularly white LGBT people get to define my norm and expect me to get on board with them. So I’m not particularly interested in tacking on Black or tacking on Indigenous to a very tiny white frame of gender identity, so a part of my coming out has also been about coming out to not locate myself within the larger LGBT community.”

We shifted between many topics throughout our conversation, but this was one we continued coming back to: The idea is that white queer often don’t see how it affects our experience of being gay or trans or lesbian etc. Because our culture is lived through the lens of whiteness, we aren’t forced to consider what that means for how we came to be who we are.

Carmen put this all into one concise statement. “I’ve never heard any kind of white queer or white trans person or a white nonbinary person say that their whiteness informs their meaning making around how they understand their gender and themselves.”

Carmen has also identified as butch for much of their life. They’ve always dated femmes. As a femme who exclusively dates transmasculine and gendernonconforming people, many of whom identify as butch, I’m always delighted to talk to someone who uses the word butch with pride. I also admit that I loved being able to ask Carmen questions about the butch experience that would be much harder to ask a lover.

They told me about how they wept while reading Stone Butch Blues with their friends. “We were crying like babies over this book. That’s not a fiction, and I think its still a reality for many people when it comes to folks who are masculine and cannot pass for straight or cisgender.”

We both agreed that there are issues with the ways that people discuss, or don’t discuss, butch/femme relationships.

Carmen offered, “I find, to my horror, a lot of critique through a lens of classism of butch/femme dynamics.”

I asked them to elaborate.

“I think given all the conversations we like to have around gender and gender variance at all, somehow butch/femme isn’t included in that,” Carmen continued, “That feels classist. That feels racist. It feels biased when it comes to creating a hierarchy of what kinds of gender variance is acceptable and can be visible, and it also erases the notion that butch/femme is also about gender identity and that gender is relational, and I think in a western context people want to make gender about themselves, and there’s no way to be gendered without being interconnected.”

While I’d thought about gender as performative, and something that can influence a reaction or an action, I hadn’t conceptualized it as relational. I said I’d need to give it some thought, and have been thinking about it every day since.

I continued with my agenda, “I hate people’s critiques of butch/femme relationships as heteronormative, because I think it’s such a simplified view of gender and what those relationships look like.”

“And it’s a view that’s absent of curiosity.”

Admittedly, I love talking to butches so that I can better understand how they feel about their femme counterparts in relationships.

Carmen talked about the powers femmes have. They also shared their opinion on one thing that can go wrong in butch/femme relationships. “Part of how a femme can break your heart is by both acknowledging your masculinity and then making your masculinity the problem.”

I haven’t stopped thinking about that since our conversation either.

While I have such a deep interest in relationships between butches and femmes, I knew our conversation was about many different things and turned my focus to other topics. As with the conversation on whiteness, we continued finding our way back to Carmen’s two-spirit identity and what it means for them.

Carmen shared that unlike queer people in Western society, two-spirit people are centered rather than marginalized. “I’m Mohawk and Tuscarora, and some of those teachings talk about two-spirit people being at the edge of the woods. That means you come to me. I don’t come to you. I don’t need to assimilate or bend in a direction that has nothing to do with what I’m responsible for in the community.”

After talking for almost an hour and a half, I asked what advice they had for the younger generation of queer people.

“To know their history, and to know the multiplicity of experience of those who came before them and decide the multiple ways that they get to express and grow over time… The advice more simply is to be curious in an intergenerational context, because it doesn’t matter how old you are — if you’re not curious about the other you’re gonna lose some learning, you’re gonna lose connection, and you’re gonna lose the nuance.”

Finally they said, “Do not have any expectation for the mainstream LGBT movement, but be clear about what your work is.”

I left our conversation feeling energized despite the chamomile tea I’d enjoyed. We can read all about queer history in books, but nothing beats talking to someone who lived it.

You can catch Carmen at their upcoming talk, Open the Door: Memory, Mourning, and the Ancestor as Foundation, at Northwestern  University on February 18th, or check out their exhibition, AMALA: She Could Not Stay (In Their Black Bodies), at the Praxis Fiber Workshop in Cleveland opening on February 7th. For more information, visit their website.