It’s no real secret that the Republican Party has no particularly warm or fuzzy feelings towards women this year. Transvaginal ultrasounds! Protecting doctors who deliberately withold information about abortions! Comparing pregnant women to cows and pigs! And of course, it’s also no secret that LGBTQ people aren’t very popular with the GOP, either; in fact, sometimes the race to candidacy feels like a contest to see who can be the most dismissive and derisive of gay people.

So it should perhaps come as no surprise that there’s developing Republican opposition to the renewal of the Violence Against Women Act, which provides federal money to investigate and prosecute domestic violence, and which for the first time will include protections for LGBT people specifically. Maybe it’s a no-brainer that any bill that attempts to provide protection from harm for women and queers would be total anathema to the GOP. But on the other hand, it’s kind of a no-brainer that people in general deserve protection from harm, regardless of their gender or sexual orientation, so in that case: really? Really? 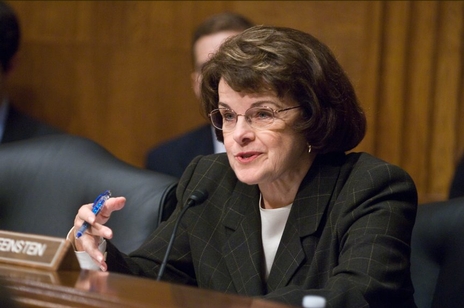 In an embarrassing and ironic slip, Missouri Senator Roy Blunt noted that “obviously, you want to be for the title” (the title being Violence Against Women), but overall there’s a lot of reluctance on the GOP’s part around this bill. For instance, Senator Jeff Sessions of Alabama says that “I favor the Violence Against Women Act and have supported it at various points over the years, but there are matters put on that bill that almost seem to invite opposition,” Specifically, we’re apparently meant to agree that “recognition of and attempts to address domestic/partner violence within the LGBTQ community” is something that almost INVITES opposition. Like, they were willing to entertain the idea of straight women being able to access protection from straight men, but if queer women are involved? Or, of all things, queer men? Isn’t it just asking to be voted down? Phyllis Schlafly, anti-heroine of the ERA battle in the 1970s, has suggested that the updated Violence Against Women Act will lead to “divorce, breakup of marriage and hatred of men.” She did not appear to have any comments on whether it would lead to physical safety and wellbeing for people in serious danger on a daily basis.

Luckily, the bill still has its champions. Dianne Feinstein, a Democratic senator from California, points out that the bill has always received support in previous incarnations, and that objecting to it now because it would allow a group of people that Republicans dislike (the bill also extends new protections to undocumented immigrants) a basic human right is stupid.

“Is the violence any less real, is the danger any less real because you happen to be gay or lesbian? I don’t think so,” she said. “If a family comes to the country and the husband beats his wife to a bloody pulp, do we say, ‘Well, you’re illegal. I’m sorry. You don’t deserve any protection?’”

Domestic violence in queer communities is already gravely underreported, and the indefensible opposition to this bill is a good example of how even when it is brought to light, queer domestic violence often just isn’t taken seriously.  Republicans are accusing Democrats of slapping this onto a bill about women as a calculated move — because they know that Republicans will object to it, and Democrats can then paint them as anti-woman. The logic here feels a little thin, however, because if Republicans didn’t want to be thought of as “anti-woman,” all they would need to do is stop actively working to pass legislation that attempts to deny women access to choices about their own bodies by either lying to them or making their options so unbearable that they essentially have none, or at least include a woman on the panel when they decide to do those things. Until they do that, Democrats don’t need to lift a finger to make them look like patriarchal blowhards who are “anti-woman.”

It seems like it makes more sense that Democrats are actually trying to extend extremely necessarily protections to marginalized groups of people who often can’t rely on the community resources that more privileged people can when they suffer terrible things. The newest version of the bill would include not only LGBT people, but undocumented immigrants and members of American Indian tribes — is it more likely that this was a move by Democrats about Republicans, or is it more likely that it’s genuinely shocking and reprehensible that these groups don’t already receive the same level of federal support for protection against domestic violence that the rest of America does, and someone is finally trying to rectify that? Since the new version of the bill also somehow manages to reduce costs by 17%, it seems like it should be difficult for anyone to find a reason to oppose it other than actively wanting members of marginalized communities to suffer violence without recourse — or whatever else it is Phyllis Schlafly thinks will help keep marriages together.

The real problem here for these Republicans isn’t being painted as “anti-woman” — although they are, and they fully deserve to have it shouted from the rooftops. The problem is that it seems increasingly clear that they’re anti-anyone but themselves, or anyone whose growing legitimacy as a citizen would mean that they would have to possibly recognize or even give up some massive amounts of unearned privilege. But ultimately, a politician’s job isn’t to be anti-, it’s to be for the people that voted them into office. And since 50% of those people are women and plenty of them are also queer and/or of color, it’s time they came to terms with that.