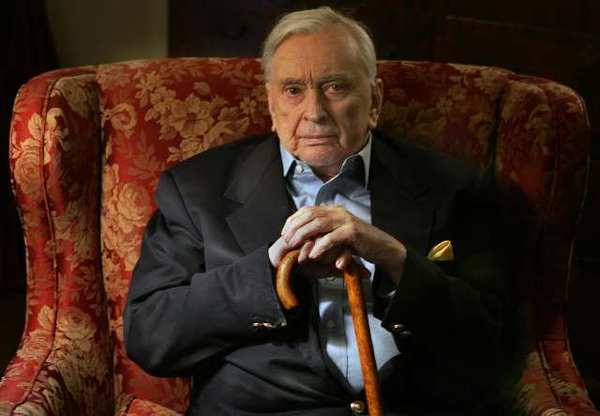 Gore Vidal was born into the lap of West Point luxury in 1925. His mother was a ruthless socialite; his father, an absent pilot. Vidal’s young adulthood was full of little foreshadowing flecks of rebellion. Unlike many members of his privileged social class, Vidal opted to join the Army instead of attending an Ivy League university. Born as “Eugene Louis,” the name “Gore” would be added during his christening. He would later scrap the former and keep the latter.

His experiences in the armed forces would trickle into many of his 25 novels, two memoirs, and eight plays–including a nod to his relationship with James Trimble III, a soldier killed in the Battle of Iwo Jima in 1945.

In the last three decades of the 20th century, Vidal bacame one of the strongest and sassiest voices against America’s military-industrial complex, Ronald Reagan and both Bushes:

Everything the Bushites touch is screwed up. They could never have pulled off 9/11, even if they wanted to. Even if they longed to. They could step aside, though, or just go out to lunch while these terrible things were happening to the nation. I believe that of them.

**
The Tuesday that Vidal died, I was in Los Angeles, mere miles away from his final resting place in the Hollywood Hills. Despite attending a Lambda Literary event with 40 other writers when the news broke, I had never heard of Vidal before. There was no moment where I had stumbled across one of his novels and it proceeded to save my teenage life. His work was not referenced in my college English classes or in even in queer book clubs.
** 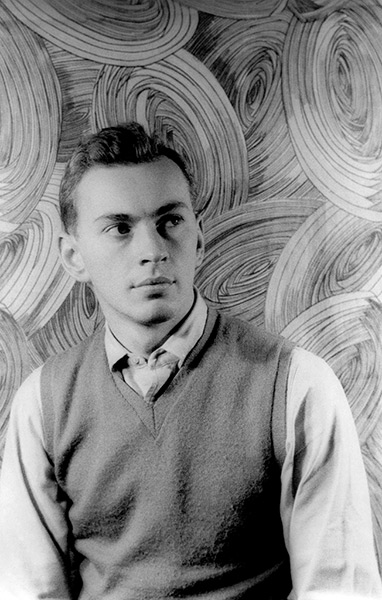 Vidal’s contributions to queer visibility were huge and unprecedented. As a fresh-faced 23 year-old, he published The City and The Pillar in 1948. The novel, centering around a queer Marine’s sexual awakening and armed forces travels, created such a scandal that New York Times critic Orville Prescott refused to review Vidal’s next five novels.

At that time, even considering writing a book with queer content was unthinkable. It would be nearly a decade before lesbian pulp fiction became the filler of choice for drug store aisles. Three years later, Patricia Highsmith would publish The Price of Salt. Despite the rumor of a sequel, the work and subject matter would never be revisited. Even though the novel was initially published under the Claire Morgan pseudonym, the possibility of being outed would haunt Highsmith for decades.

I was born a writer. If you’re born that, you can’t change it. You’re going to do it whether you want to or not. – Gore Vidal

**
Gore Vidal was already out; he did a lot of writing and very little hiding. After being blacklisted by reviewers, he sought out work writing quick-fix mystery novels and screenplays for film, including the initial draft of Tinto Brass’ nonstop f*ckfest, Caligula. His anti-establishment antics followed him to Hollywood, where he was rumored to have added gay subtext into the relationship between Ben-Hur‘s main character (Charlton Heston) and Messala (Stephen Boyd):

The writer described how he’d convinced Boyd and director William Wyler that there had to be a deeper motive to explain Messala’s lethal hatred of his old friend Ben-Hur — namely, that the two men once had a homosexual relationship that Messala wanted to resume but Ben-Hur did not.

According to Vidal, Heston was never let in on that twist, and the actor was not amused by Vidal’s account in the film. In a March 17, 1996, letter to The L.A. Times, Heston asserted that Vidal had a minimal role in writing Ben-Hur; Heston wrote that Vidal “produced a scene of several pages which Wyler rejected after a read-through.”

“Vidal’s claim that he slipped in a scene implying a homosexual relationship between the two men insults Willy Wyler and, I have to say, irritates the hell out of me,” Heston concluded.

Vidal, never one to back down from a verbal brawl, responded to Heston’s terse letter with a much longer elaboration of his role in Ben-Hur, and taunting Heston as “the spokesperson for the National Rifle Assn.”

As usual, Vidal had the last word.

“As for you, Chuck,” he summed up, “just remember that wise saying, Oh what a tangled web we weave when first we practice to deceive.”

**
The evening of Vidal’s death, I did a lot of shameful googling. I talked to people. Did you know who he was? The answer was an overwhelming “yes.” Another Lambda Literary fellow wistfully wrote, “Gotta love a smart curmudgeon” upon news of his passing.

While gay white men frequently slip under my biased literary radar, I could not shake the fact that Gore Vidal was some huge figurehead that I’d been missing out on for reasons other than my preference for the ‘L’ over the ‘G’ in ‘LGBTQ literature’. This was not an issue of elitism. Vidal’s death feels just as close to the bone as Adrienne Rich’s did earlier this year. This is a generational issue.

In youth and early adulthood, we’re exposed to mix of the mainstream books previous generations have lauded classics, and younger, promising writers of from our own generation.

Given the contraversy, Vidal was not particularly lauded until the later decades of his life; his work had slipped through those cracks in my high school and collegiate syllabi.

We are all bisexual to begin with. That is a fact of our condition. And we are all responsive to sexual stimuli from our own as well as from the opposite sex. Certain societies at certain times, usually in the interest of maintaining the baby supply, have discouraged homosexuality. Other societies, particularly militaristic ones, have exalted it. But regardless of tribal taboos, homosexuality is a constant fact of the human condition and it is not a sickness, not a sin, not a crime … despite the best efforts of our puritan tribe to make it all three. Homosexuality is as natural as heterosexuality. Notice I use the word ‘natural,’ not normal.
– Gore Vidal

**
Because he consistently wrote about the fluidity of male desire, Vidal pissed a lot of people off. Even fans of his work wanted him to commit to a single sexual preference. Among others, Vidal entertained romances with Anais Nin, and Joanne Woodward. A collection of humans so diverse that they can all only fall into one category: Beautiful People.
** 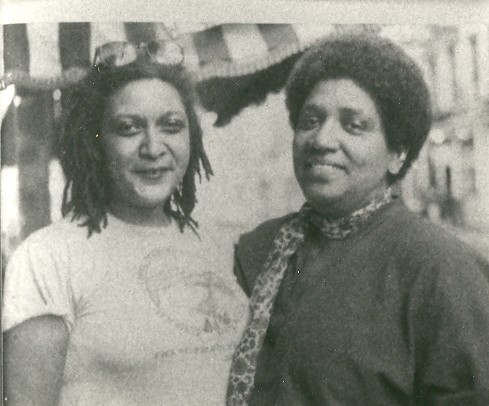 On my last night in Los Angeles, I spoke with poet/author/playwright Jewelle Gomez on her thoughts following Vidal’s passing:

“So in my younger years, hearing him speak – because it was always on the talk shows, so I wasn’t really aware of who he was historically at that time. In ’60s and ’70s, he would always be on The Cavett Show and things like that. I just knew he was this eloquent literary person. It wasn’t until later, probably in the ’70s or ’80s, when I started doing much more reading, and read back: read about his work and read about being basically blackballed for writing his gay novel.

Gore Vidal on Face the Nation in 1984

I was recently doing my own play about James Baldwin and his anxiety about writing a gay novel. That was one of the things I went back to to think about what had happened, probably 15 to 20 years earlier with Gore Vidal. Gore Vidal’s experience reconfirmed for me that anxiety about putting something out in the world that was gay-focused in 1957 was not an easy task. James Baldwin knew, I’m sure, very explicitly what had happened to Gore Vidal, that Gore Vidal had to make another career for himself under other names.

It really was an important confirmation for me of how much he brought to the world as an artist refusing to skulk away, and how much he must have been a beacon for some other writers who were trying to figure out what to do.”

**
When speaking with Gomez, it became obvious that Vidal was an emerging voice of Baldwin’s generation; someone to whom he looked to see how things were done. The same pattern followed suit as Gomez, then a young writer, sought answers to the same questions in Baldwin’s esteemed volume of work.

Despite never opening a Vidal novel until after his death, I’d still touched and had my heart stolen by many works that his openness had inspired, from The Price of Salt to Baldwin’s Sonny’s Blues.

Visibility is so easily taken for granted, particularly when the things we are looking at are words on a page, not actors on a screen or musicians on a stage. Yet without Vidal’s brassiness, one wonders if queer literature would exist in the scope it does today. As writers and readers, we should be infinitely grateful for Vidal being so unapologetic and indignant, many decades before it was sanctioned, let alone comfortable, to do so.