Fresno’s Reel Pride is an annual film festival that happens each September in California’s Central Valley. It’s the biggest LGBTQ event in the area — providing a way for the quiet valley community to get together. Now in it’s 24th year, Reel Pride assembled over 30 films and shorts to screen over the five days. From September 18th through the 22nd, films played from mid afternoon to late night, many of them followed by well-attended after parties. The board of directors were gracious enough to give me a media pass to participate in this year’s festival, and A-camp alumna/ Reel Pride volunteer Tory Domena guided me through the Reel Pride experience. 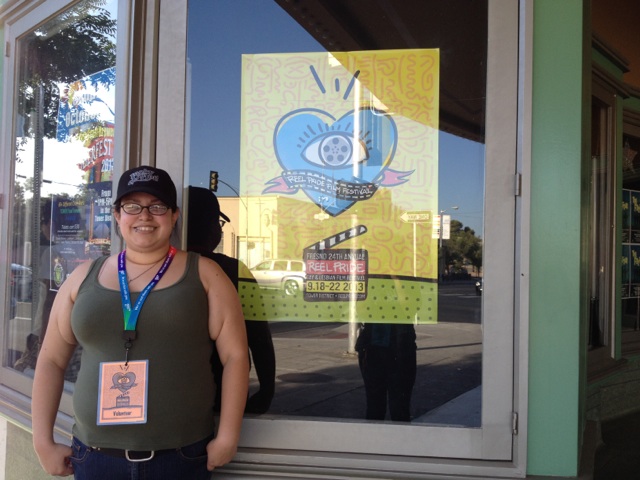 One thing I’ve noticed living in the Central Valley is that most of the out LGBTQ community leaders are a few generations older than me. It’s inspiring that in California’s conservative farmland there are active, outspoken people who are working to make a difference. (In fact, several longtime LGBT Central Valley residents are founding a Gay Lion’s Club – one of the few Gay Lion’s Club in the nation). But, I’ve always wondered where the younger queers hide out. One of the great things about Reel Pride is that it brings this community together in a central location: Fresno’s Tower District. The Tower District is the closest thing Fresno has to a hip neighborhood. Olive Avenue, the main street, is crowded with locally owned restaurants, coffee shops, thrift stores, and small businesses. At the center of the District is the historic Tower Theatre, which is where Reel Pride shows the bulk of their films. Known as the funky/young-oriented part of town, this location is key to attracting some of the younger queers out to the event. 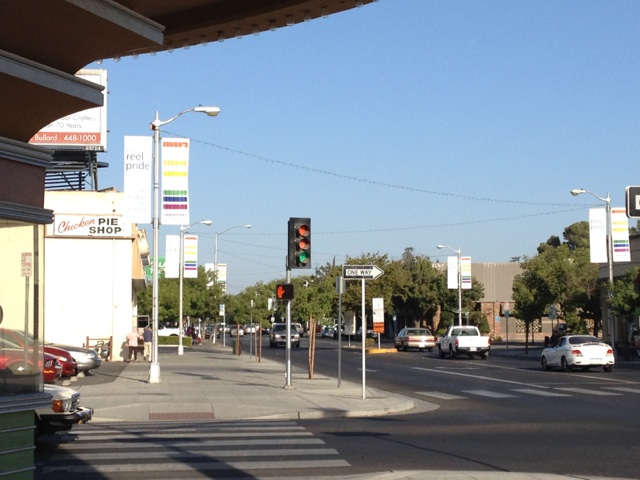 Another awesome thing of note is the ethnic and age diversity amongst the Reel Pride Board of Directors. I met Augie Blancas and Justin Kamimoto, two young people who serve on the board, as well as Sarrah Soza and Kathleen Reyna, the women at the head of the event. It seems that the Board of Directors and the long list of volunteers have worked hard to get a wide range of sponsors, from big name companies to local businesses. As Tory explained to me, this team has worked to find a good balance of films that appeal to a wide audience, especially picking feature films that appeal to the younger crowd. The opening night film, G.B.F., is a high-school based comedy that parodies clique culture and competition. Other youth-oriented films included: Geography Club, Easy Abby and Valentine Road. To ease the cost of attending the festival, Reel Pride offered discounted and free tickets to students throughout the festival. Additionally, they showed a series of short films about the HIV experience called Positivity for free. Inside the Tower Theater they created a lounge and bar space for VIP members 21+ to socialize. 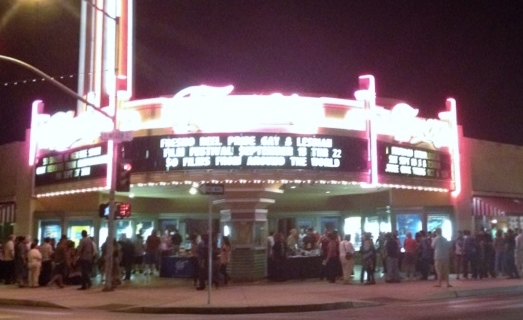 The crowd gathers after Ladies Night outside Tower Theatre

Women’s Nights have always been a highlight, and with more lesbian films on the roster this year, there were two nights that featured lesbian films. The first happened Friday, with the screening of Who’s Afraid of Vagina Wolf?. Local social groups including the Fresbians and POW: Professional Out Women, created events around the film, gathering for dinner beforehand and organizing groups for the after party. The theatre was packed for the showing of Who’s Afraid of Vagina Wolf, which tells the story of a forty-something filmmaker who finally tackles her list of life resolutions when she decides to produce a film to win the affection of her leading lady.

Directly after the film, they hosted a Q & A with cast members Guinevere Turner, Agnes Olech and Joel Michaley. Reel Pride hosted the “Women’s Night Out” at Arena nightclub, just across the street from Tower Theatre. The night featured a comedy set by Bridget McManus, who entertained everyone with audience centered jokes and participation.

I also had the opportunity to see the cheekily titled Fun in Girl’s Shorts program which highlighted eight short lesbian films. My favorites included: The Devotion Project:Foremost in My Mind, a documentary style short that shared the love story of two trailblazing African American women; The First Date a comedy that pokes fun at the aftermath of a horrendous first date; and Natives, the story of a first trip to meet the parents that confronts the intersections of sexuality and cultural differences. 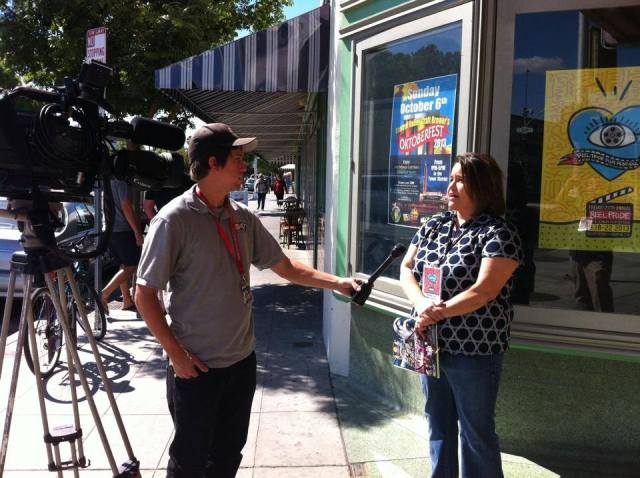 Is the Central Valley becoming more tolerant/accepting of LGBTQ people?
KR: I think it is very easy to say that the Valley is as conservative as ever, however as the new generations come up they have more accepting attitudes.

What is the significance of Reel Pride for you? Why did you become involved as a board member?
KR: I had never been involved in LGBTQ anything before. I didn’t come out until I was 30! I had other things to accomplish and I focused on those. I concentrated on my education and then I saw the need there was in the community. The opportunity there was to be a good influence and it felt like an obligation.

Does being a WOC affect your work on Reel Pride or perception of the Central Valley LGBTQ community?
KR: In my experience at Reel Pride race, gender, and age have been non-factors for me. It really feels like a coalescence of like minds with different skills and talents coming together to get the five day festival completed. 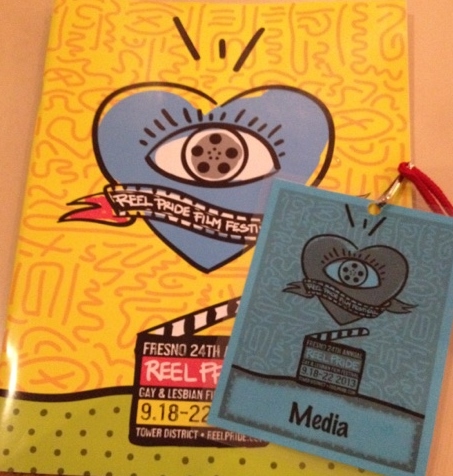 With the dates of next year’s Reel Pride Film Festival set, (September 17-21), the members are already preparing for another successful event. The excitement and energy behind Reel Pride is clearly fueling the development of new programs and groups that support the LGBTQ community here. Even though they might be immediately visible, there is queer pride that stretches out beyond Fresno and through the Central Valley’s small towns.