Forget the first looks at Daredevil and Luke Cage. The big news out of San Diego Comic Con today is that Steven Universe creator Rebecca Sugar came out as bisexual!

In this video, at about 46:20, a person takes the microphone at a Steven Universe panel and enthusiastically asks Rebecca what inspired the idea to focus so much on women’s empowerment and LGBTQ themes in her show. Rebecca, being tender as ever, looks a little nervous before saying, “Well, in large part it’s based on my experience as a bisexual woman,” which receives applause and cheers from the audience and her fellow panel members.

A recording of the Comic Con panel where Rebecca Sugar comes out as bi here (around 46:00) https://t.co/UKL8EHVwwD #StevenUniverse

Sugar continued to talk about why it’s important not just for her, but for other LGBTQ people, especially kids, who might be watching.

These things have so much to do with who you are, and there’s this idea that these are themes that should not be shared with kids, but everyone shares stories about love and attraction with kids. So many stories for kids are about love, and it really makes a difference to hear stories about how someone like you can be loved and if you don’t hear those stories it will change who you are. It’s very important to me that we speak to kids about consent and we speak to kids about identity and that we speak to kids about so much. I want to feel like I exist and I want everyone else who wants to feel that way to feel that way too.

The crowd erupted into a well-deserved standing ovation after this amazing answer.

I remember sitting on my couch bawling when Cartoon Network aired the Steven Universe episode “Alone, Together.” The show had been pretty queer before, with the gems Garnet, Pearl and Amethyst each giving vague hints that they weren’t completely straight, but in this episode, all hetero- and cisnormativity were thrown out the window. Steven, and his friend Connie, a girl, fuse and become one androgynous person who is flirted with by both boys and girls. In another groundbreaking episode, “Jailbreak,” we learn that Garnet is actually a fusion of two gems, Ruby and Sapphire, who are so in love that they have decided to always be together. Episodes have gotten even queerer and the subtext has turned into straight up text.

I’ve written before about how important this show is. LGBTQ kids will grow up with this show and will realize from an early age that they are good and normal and that they deserve happiness and respect and love. Kids just want to see themselves in stories, and Steven Universe does that for gay kids and bi kids and trans kids and kids of color, and queer kids of color, and femme kids and gender noncomforming kids. This show is changing and saving people’s lives, and it’s made by an openly bisexual woman. That’s amazing. That’s trailblazing. That’s historic. 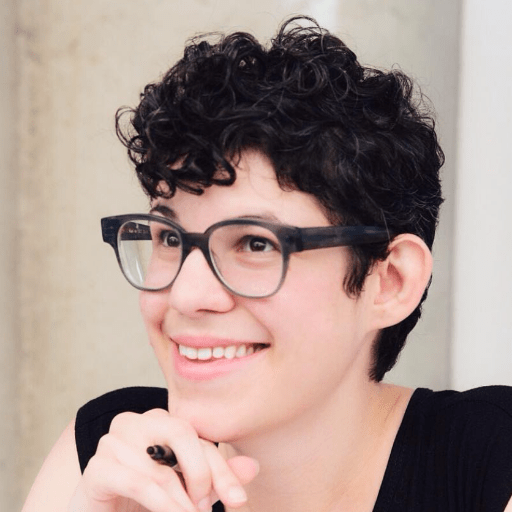 Thank you to Yamino for tweeting about this and Felipe Flores for filming the panel on Periscope. But most of all, thank you to Rebecca Sugar for being who you are and for creating such a magical and wonderful show that means so much to so many of us.

Join A+
Related:bisexualitycomic-conrebecca sugarsteven universeThis Is A Coming Out Post