Cereus Blooms at Night is a magical book. Written by Shani Mootoo, the queer Irish-born writer who grew up in Trinidad but moved to Canada as an adult, it explores themes of gender and sexuality against the backdrop of a Caribbean paradise. 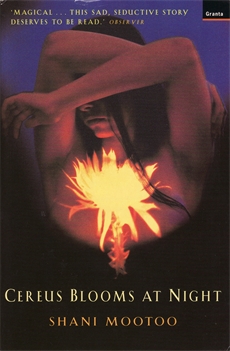 The first time I started reading Cereus Blooms at Night was on a rooftop in Montreal. I had to work really hard to get to this book: step one was googling something along the lines of “gay book club Montreal lesbians new friends;” step two was finding my way to this old house in St-Henri where Google had told me I would find an art collective, the Ste-Emilie Skillshare, that held a “Reading Rainbow;” step three involved climbing onto a roof.

I got to the Skillshare half an hour late (I am always late). When I knocked on the door, there was no answer, so, determined not to let something as silly as etiquette stand between me and a gay book club, I just tried letting myself in. The door was actually unlocked (it was that kind of place), and there was a sign in the front hallway that said, “Reading Rainbow is on the roof,” with an arrow pointing upwards — I guess in case someone got confused about the location of the roof.

Montreal is like three cities in one. You have the underground city, where there’s not only the metro, but shops and even (gasp) apartments;there’s the regular ground-level hustle and bustle, but there’s also what can only be described as a city on rooftops: so much life happens on top of buildings, apartments, houses. In the few weeks I had been in Montreal, I had done everything from drinking to reading to beating my dusty carpet with a tennis racket on a rooftop, but my heart still skipped a beat whenever I ran up the steep, narrow, curved staircases. Maybe I have issues, I don’t know, but I just don’t like the idea of falling. 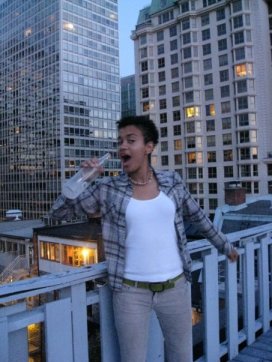 The Skillshare’s staircase was especially steep and rusty. Once I reached the top of it, I had to then spend a few minutes crawling up the slanted side of the roof before reaching (what I hoped) would be its flat part, from where I could hear muted voices and giggling. When I finally got there, wondering what kind of crazy person climbs up an old, slanted roof just to get to a book club, I was greeted by an unexpected scene. You see, it seems when nobody showed up to Reading Rainbow, the club’s only two participants decided to skip the reading for a different kind of activity.

“I am SOOO sorry!” I said as they scrambled to put on their clothes. I couldn’t exactly make a graceful exit, seeing as I was precariously balanced on a slanted rooftop. Awkwardly, I tried to explain myself. “I didn’t know that… umm… I just saw the sign downstairs about Reading Rainbow and -”

I should’ve known that the Quebecois aren’t as easily embarrassed as Albertans. “Oh, don’t even worry about it,” they said. “We didn’t think anyone was coming, but now you’re here! Awesome! We have another person for our book club! Well, what are you waiting for? Come on up!”

They let me know that though the roof looked really old, it had only collapsed a few times, and the last time was a couple of years ago. I tried not to think about what it would feel like to fall through a roof as we took turns reading to one another.

The story is set in a fictional Caribbean island called Lantanacamara. It’s narrated by Tyler, a nurse the reader soon discovers is genderqueer. He recounts the story of the old mad woman he’s caring for, Mala Ramchandin. None of the other nurses in the hospice will even go near her because of the frightening rumours she’s surrounded by.

We sat reading on the rooftop for hours, only stopping when the sound of a train drowned out our voices. Mala Ramchandin’s story is about the ways in which homophobia, racism, and misogyny can tear apart a family; but the novel is also a love story, and has some beautiful passages about gender play. For example, Mala Ramchandin loves it when Tyler cross-dresses as a female nurse because she knows it makes him happy. That’s what I love about this novel – that even though the characters are put through so much, including horrifying sexual violence, they still find ways to let their own, and others’ happiness bloom. Cereus Blooms at Night explores the complexities of honouring your humanity when your surroundings and circumstances repeatedly try to strip it from you.

I wonder at how many of us, feeling unsafe and unprotected, either end up running far away from everything we know and love, or staying and simply going mad. I have decided today that neither option is more noble than the other. They are merely different ways of coping, and we must each cope as best as we can.

I wasn’t able to finish reading the book that afternoon in Montreal. Sadly, I didn’t even get far enough to have confirmation about which two characters I strongly suspected were lesbians. It got windy, and as we watched storm clouds gather, we decided to disband for the evening and meet up some other time. Unfortunately we got busy and never did. Though I wanted to finish reading Cereus Blooms at Night, I couldn’t find it in any of Montreal’s used bookstores, and my strict food+rent+tuition budget didn’t let me justify spending on a brand-spanking-new copy. Instead, I borrowed Bastard Out of Carolina from a friend and became obsessed with everything Dorothy Allison for the rest of the summer. 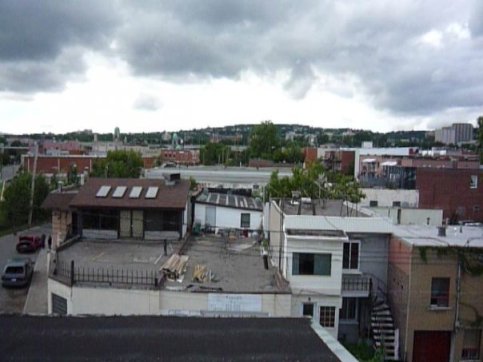 The roof where it all happened

Back in Edmonton, I thought about Mala Ramchandin every once in a while but never made any serious efforts to find out what happened to her. My relationship with Cereus Blooms at Night was put on hold for more than a year until I went on an exchange to France and found myself in Shakespeare and Company, the famous Parisian bookstore that used to offer food and beds to penniless authors if they agreed to read a book a day. I spent the entire day there and actually missed going to the Louvre. I guess you know where my priorities are. There had to be thousands of books, some hundreds of years old – books on the floor, books on tables, books holding up tables, books on ladders, and there, amongst all those books, I found Cereus Blooms at Night. I hadn’t even been looking for it, but there it was, at the bottom of one of the many piles of books stacked on the staircase. Lucky for me, it was a used copy and only 6 euros! 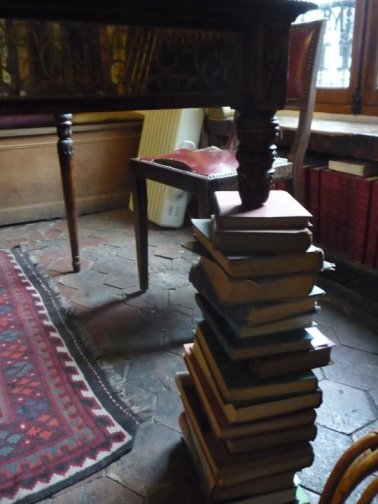 Inside Shakespeare and Company

I would read it to mentally escape my dorm room, which was pastel pink, overlooked a parking lot, and smelled like cigarette smoke. How has it been so long? I asked myself as, miles away from the Montreal rooftop, I was once again captivated by Mootoo’s storytelling abilities. There, in my stinky Hubba Bubba room, I was introduced my favourite character, Otoh Mohanty, born Ambrosia. Otoh is never labelled as trans, and nor is there much analysis of his gender at all. It’s just accepted that Ambrosia is actually a boy:

By the time Ambrosia was five, her parents were embroiled in their marital problems to the exclusion of all else, including their child. They hardly noticed that their daughter was transforming herself into their son… Elsie fully expected that he (she) would outgrow the foolishness soon enough. But the child walked and ran and dressed and talked and tumbled and all but relieved himself so much like an authentic boy that Elsie soon apparently forgot she had ever given birth to a girl… So flawless was the transformation that even the nurse and doctor who attended the birth, on seeing him later, marvelled at their carelessness in having declared him a girl.

The stories of Nurse Tyler, Mala Ramchandin, and Otoh Mohanty are far more interconnected than the reader first realises. They are weaved together through shared secrets, love stories, and unfortunately, also through racism and homophobia. When I embark on another big adventure, be it back to Europe or to A-Camp, I may just re-read my dog-eared travelling companion.