(Disclaimer: I’m atheist-ish, but my mom is Catholic and I was baptized Lutheran, so I’ve got that going for me.)

Since Pope Francis was inaugurated in March, he’s been up to a lot of liberal shenanigans. He thinks homophobia and debates over abortion are a waste of time and is showing by example how love and humility are at the core of what it means to be Christian, from washing the feet of women to turning down the papal apartment. Four for you, Pope Francis. You go, Pope Francis.

But long before the current pope shocked the world by not being a terrible person, there have been saints who exemplified what it means to be a good Christian. Unsurprisingly, many female saints had to fight against extremely limiting gender norms and sexist traditions in order to fully dedicate themselves to their beliefs. As the pope tweeted recently, “Saints are people who belong fully to God. They are not afraid of being mocked, misunderstood or marginalized.” So the next time you’re in a cathedral, take a moment to light a candle for these saints who have gone down in history for giving the patriarchy the finger.

While many female saints are celebrated simply for their virginity, Mary’s case is a bit more interesting. Unlike all other humans, who are considered sinful from conception, Mary was “immaculately conceived.” This is kind of a big deal. She was born free from sin. It’s almost like Mary is proof that there’s nothing inherently wrong with being female. Not to mention that she is a kick-ass example of how “virginity” is a completely arbitrary concept. 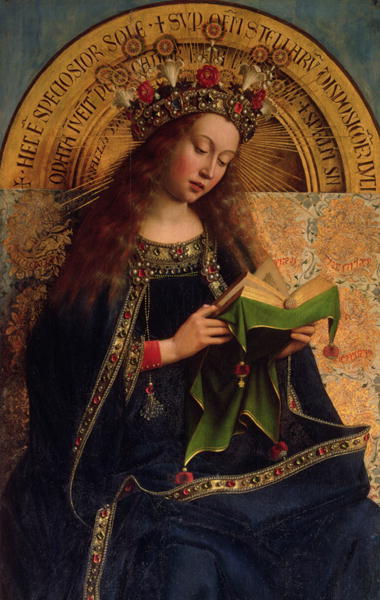 “I’m the queen of heaven, nbd.” from the Ghent Altarpiece by Hubert van Eyck

There is a lot of dispute about the details of Quiteria’s life, but legend has it that her mother was so ashamed of having no sons that she ordered a maid to drown her 9 infant daughters. However, the maid let the girls live, and they grew up to fight against the Roman Empire and their father, who wanted to marry them off to Roman officers. After refusing to marry and escaping imprisonment, Quiteria continued to battle against Rome with her sisters until she was captured and beheaded.

Wanting to avoid marriage, Apollinaria was allowed to go on a pilgrimage instead. While away from home, Apollinaria went into hiding, donned monk’s clothing and lived an ascetic life, eventually joining a monastery. Apollinaria lived from then on as Dorotheus, only once revealing their former identity to their family in order to heal their sister. Unsurprisingly, accounts of Dorotheus’ life don’t mention their preferred pronouns.

Another young woman interested more in religious life than marriage, Clare ran away from home, cut off all her hair, and joined a convent. Soon joined by her sister Agnes and other women, she became the leader of her own order within the Franciscan tradition, commonly referred to as the Poor Clares. As an abbess, she was known for her dedication to poverty, and she wrote to various abbots and even the pope in defense of her Rule of Life, the oldest monastic rule written by a woman.

Not technically recognized by the Roman Catholic Church, Julian is known in the Anglican and Lutheran traditions for her theological writings. She argued that God is both mother and father and that Jesus had both motherly and fatherly characteristics, paving the way for modern feminist theologies. She also had a really close relationship with her cat. 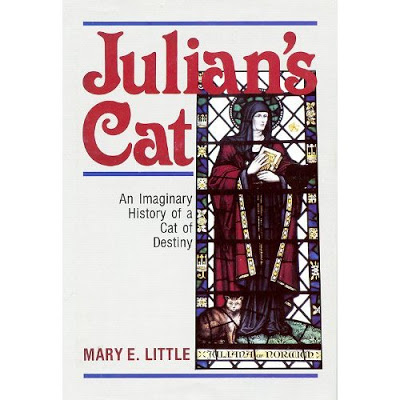 This is a real book, I swear.

Aware from a young age that she wasn’t the marrying type, Catherine cut off her hair and fasted to rebel against her parents’ wishes. Surprisingly, she did not join a convent, instead becoming actively involved in politics. She gained an impressive following and was widely respected in both political and religious circles. The letters that she wrote to politicians called for peaceful agreements among the states of Tuscany, and she regularly corresponded with the pope. Some have argued that it was Catherine’s letters that inspired him to return the papacy to Rome. On top of all that, her theological work was so influential that she was named a Doctor of the Church in 1970, one of only 4 women to have ever received this honor. 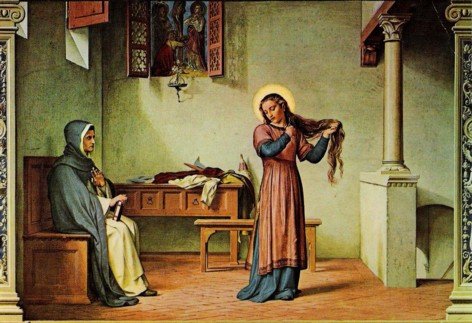 Catherine, you’re probably going to want a mirror to do that. Painting by Alessandro Franchi

According to legend, Wilgefortis’ father tried to marry the teenager off to a pagan king (a disturbingly common turn of events for the women on this list). Wanting nothing to do with the arranged marriage, Wilgefortis took a vow of chastity and prayed to become ugly, and lo and behold, she grew a beard! That ended the engagement, but to further prove the evil of the patriarchy, Wilgefortis’ father crucified her. Moral of the story: I wish I could grow facial hair to ward off creeps.

Joan of Arc is arguably the most famous gender-bending saint. At a time when most of Northern France was under foreign control, she donned a suit of armor and helped lead French forces to victory. Her military exploits seem minor, though, when you consider that she went to court dressed as a man, gained the trust of the king, and convinced Church officials that she was not a witch. The English, though, did not believe that her visions were real, and they burnt her at the stake for heresy and sorcery. 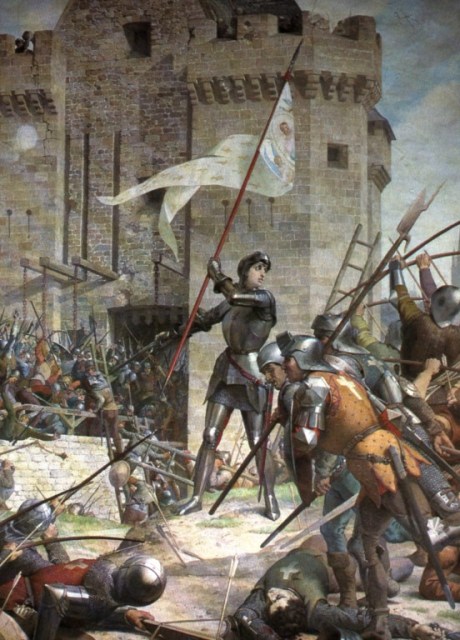 Maria’s story is certainly the most tragic on this list. When she was only 12, an older boy tried to rape her, and when she resisted, he stabbed her. She died from her wounds, and her attacker was sentenced to 30 years in prison. The only bright side to this story is that Maria appeared to him in a dream years later, making him realize what a terrible person he had been. He repented and asked for Maria’s mother’s forgiveness after completing his prison sentence.

If you study philosophy, you’ve probably come across Stein’s work. She collaborated with Edmund Husserl and Martin Heidegger and completed her doctorate summa cum laude. Because she was a woman, her application to be promoted from a teaching assistant to a full professor were rejected. After being baptized in 1922, she gave up working with Husserl to devote herself to Catholic teaching positions and religious scholarship. Born Jewish, her life was at risk as the Nazis rose to power in Germany, but undiscouraged, she spoke out against the regime’s antisemitism in a letter to the pope. Sadly, Stein was eventually arrested and killed in Auschwitz. 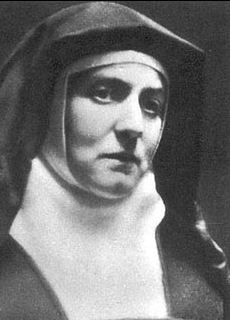 Stein thinks you should finish your dissertation.
via saints.sqpn.com

Catholic readers, who are your favorite saints?

Trees has written 1 article for us.