Hi everyone, for this week’s profile we have one of your very own: Ms. Dr. Joseph L. Simonis, Autostraddler, roller derby player, and population ecologist at the Lincoln Park Zoo in Chicago. She just emerged from graduate school and got a job she enjoys in the field she studied, and has some good advice for other science-minded queers who are navigating the paths of grad school and research and careers and life goals and all of those angst-inducing choices. 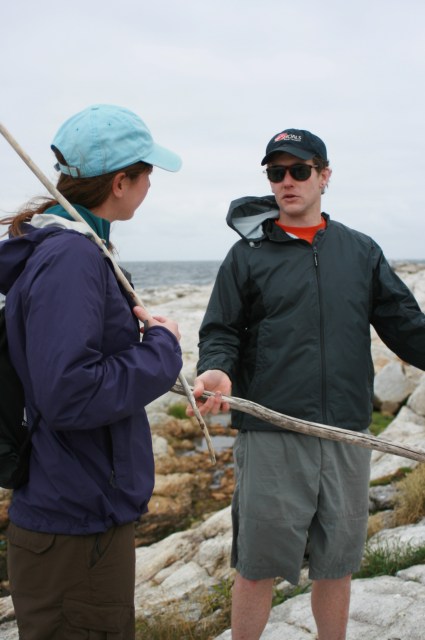 Joe also writes extensively about being trans* in academia, and has a lot to say about being out at work as a scientist. She hates “coming out” as a process on its own, but says that:

“As a visible trans* and gender non-conforming person, I kind of end up being out without coming out at all…I mean, it’s pretty obvious when people see my name and then hear someone refer to me as ‘she’ or see me use a restroom or meet me in person that I’m queer. I try to really make that not be an issue at work, which I realize I can do because of a lot of other privileges that I have, but it’s a position that I’m hoping to use to make the general cultural dynamic be one where queerness isn’t an issue at work unless it should be…I mean, my queerness doesn’t directly affect my research or my ability to perform it, so to me, it shouldn’t be an issue.”

A self-proclaimed “total nerd” in high school, Joe has always loved math and science, and also spent time hiking and camping with her parents as a kid, so the stage was set early for an interest in ecology. She graduated undergrad from the University of Illinois: Urbana-Champaign with a degree in Integrative Biology.

But things were really cemented for her when Joe did an REU (Research Experience for Undergraduates) internship in Michigan. Now, if you’re interested in science, and you’re an undergrad, you should definitely know about these. Basically, the National Science Foundation funds undergrads every summer to work with researchers at major universities on their research projects. And this is no making-coffee-and-copies kind of internship. The REU program makes a point of really involving their interns in the research process, so by the end of the summer you really accomplished something for whatever research project you were with, and interns often come out with a really solid idea of what they want to study and how to continue that work in grad school or as a career. For instance, Joe ended up publishing two papers from her work that one summer – a big leg up in the research world.

I also was an REU intern for a summer a few years ago, and I spent the summer thinking about what sea ice conditions in the Arctic probably looked like about a hundred years ago. And – like I said – that experience really formed for me a sense of what I wanted to study (and actually, even the fact that I wanted to continue in research at all). If you’re interested, look them up; I think deadlines are in a few months, more or less, so you still have time to apply!

Anyway, Joe did an REU in Michigan for a summer, with a project “looking at host-parasite interactions in a freshwater crustacean.”

“It was a pretty awesome project in general, but I also happened to be working with a post-doc who was very quantitative-minded and was developing mathematical models to describe the system and its behavior, but he was using data to construct and evaluate those models…it just really clicked for me then, that doing mathematical biology was something I was really interested in, and probably well suited for, given my personal history and education. But I didn’t want to just do the mathy side of things (be a strict theoretical ecologist), because I like the biology side as well, and I realized through this experience that it was possible to ‘sit in the middle’ and work with data and models.”

Joe is now a postdoctoral fellow at the Lincoln Park Zoo, where she works on using the data they have on threatened/endangered species to “manage them so they have as viable populations as possible in the long term.” For example, she’s developing a population viability analysis (PVA) model for an endangered species of dragonfly native to the Chicago area. 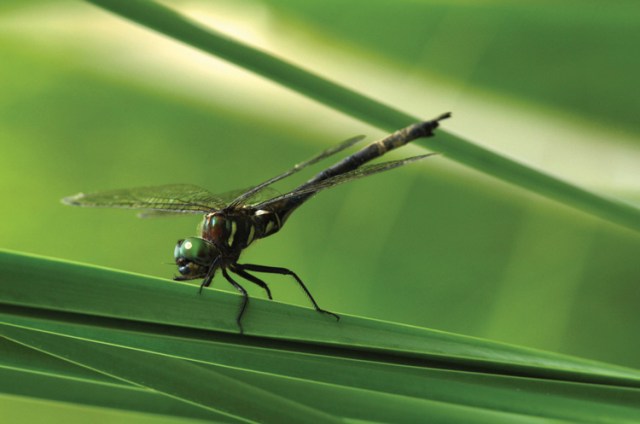 “In reality, this means I stare at my computer most of the day, but I also get to look out of my office window at hyenas!” But she definitely didn’t always expect to be here. Coming to the Zoo was a really conscious choice to get out of academia; when she went to grad school, at Cornell, Joe assumed she wanted to be a professor and academic as a career. I mean, why wouldn’t you? She was good at science, loved the process of getting to “ask and answer” research questions that really interested her, and she’d found a niche that really worked with her interests. But by the end of her Ph.D., she realized she needed a job that had some more strict external limitations.

“I was working ~70 hours a week just to keep on top of the class, [a graduate-level biostatistics class she created and taught] but every time I sat down to write lecture notes my brain would be on a grant proposal. My work suffered and I was miserable. Even during the few hours a day I was not working, my brain was thinking about work. At a time when I could have really used some personal space, my personal life suffered and I was miserable for it. Suffice it to say that my personality type and work habits don’t work well in an academic environment, and I figured that out first hand.” 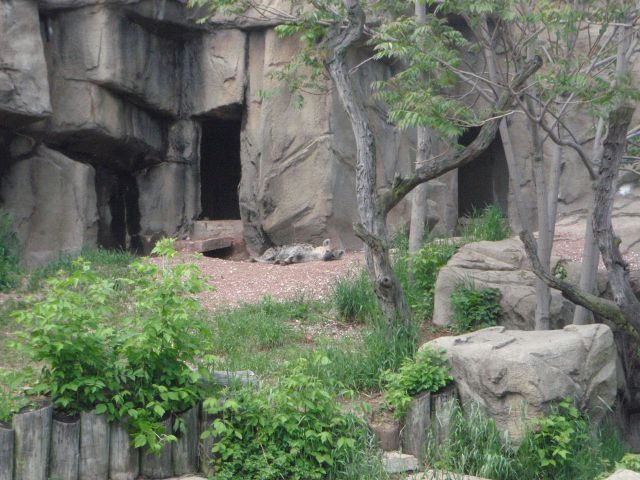 The Lincoln Park Zoo hyenas: what a cool office-window view (via  dynamicecology.wordpress.com)

Happily, her decision to get out of academia was completely supported by her advisors and academic mentors; while sometimes deciding to leave the academic world can be seen as something of a cop-out, none of her peers or mentors took it that way, and neither did she. Obviously Joe could cut it in the academic world, but she had decided to opt for something different. And that was fine. “Now, I work 35 hours a week and get shamed for staying late. And I get to occupy all of my time with other things. Like derby and queers.”

She says the most important thing about her job search was just talking with people – anyone who was in a career something like what she wanted. “Introduce yourself to people at meetings, send random e-mails, ask your advisor if they know anyone doing what you’re interested in…whatever you need to do, find the people that are working in the field that you’re interested in, and talk to them!” After her position here, she could of course return to academia if she wants, but that’s a pretty far ways into the future. For now, she’s just happy where she is. 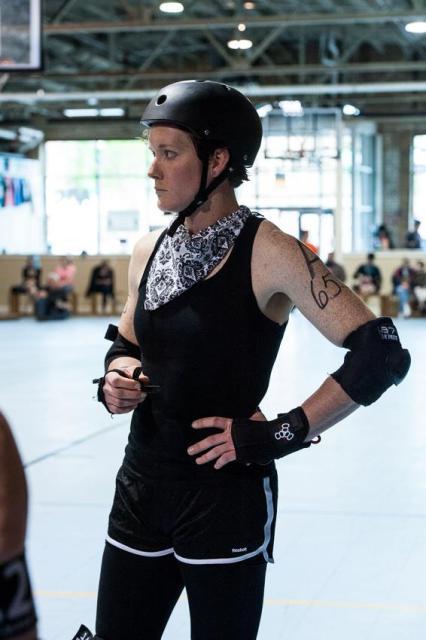 As for being queer in the sciences, Joe says she takes a relevance-based, limited approach to coming out: “I only bring up my trans*ness in situations where I feel like it’s directly relevant.” She points out that being trans* doesn’t in any way affect her views on “spatial food-web dynamics in rock pools,” or any of the other topics she works on, and so she sees no real reason to explicitly come out in the work place. She’s also happy to report that both in her old Ph.D. department and here at the Zoo, she’s felt supported by her mentors, advisors, and peers. Being open at out at work isn’t any harder than just being out in life in general.

Which is awesome. This is where we’d like to see all work places get, eventually: a place where being queer is neither an issue of extra importance or focus, nor something hidden and silent and nonexistent. Where people just are who they are and that’s that, now let’s go back to talking about spatial food-web dynamics already.

Disclaimer: The views expressed by Joe are hers alone and do not necessarily reflect the views of her employer.