Welcome to the thirty-eighth installment of  Queer Your Tech with Fun, Autostraddle’s nerdy new tech column. Not everything we cover will be queer per se, but it will be about customizing this awesome technology you’ve got. Having it our way, expressing our appy selves just like we do with our identities. Here we can talk about anything from app recommendations to choosing a wireless printer to web sites you have to favorite to any other fun shit we can do with technology.

Perhaps it’s because of YouTube’s Unix overhaul for Geek Week, but for whatever reason the Internet is alive with awesome nerdy videos relating to geekery of all stripes. Don’t believe me? Here, go forth.

For the Computer People

she ++, a trailer for a documentary about female computer science majors/computer scientists, is actually 3 months old. But it made another round on the interwebs this week and I’m all about helping it continue to make the rounds. You can get involved with she ++ (the organization).

For the Cartoon People 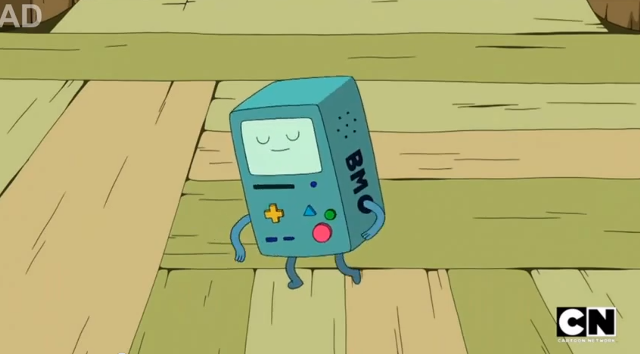 I love Adventure Time probably more than is normal for an adult? But here’s the thing, I feel like other adults also love Adventure Time this much, so I’m cool with it. And you might want to join me in loving this quirky animated show if you don’t already, especially because BMO could be a Third Wave Feminist. At the very least, BMO is genderqueer. #ourteam #excusetowearthis #orthisthisiscooltoo

FYI, this same channel has an interesting discussion on Animal Crossing and its relation to Otaku citizenship.

Plants, Plants and Space, and Space: A Video Continuum

Nothing like a timelapse of macro footage of plants growing to remind us that we’re all aliens.

Film maker Fabio di Donato pulled a bunch of still images from Cassini’s exploration of Saturn and made this stop motion video. Fun fact: when I was little, I pretended I was an alien from Saturn. I had a few friends convinced.

This could actually go up in the cartoon section because it’s got cartoons. Either way, here’s Bill Nye explaining what we’d have to do to stop an asteroid from destroying life on Earth. You know, in case you needed something else to worry about.

To Sum It All Up…

Here’s a music video by the Doubleclicks about the rejection of women/girls in geek/nerd culture based on sexism. It’s called “Nothing To Prove.” It’s fabulous! The little girl scientist holding up the sign that says “Why are you surprised I want to be an astronaut when I grow up?” made me cry!  It’s probably v. relevant to your interests because this is probs something most of us have experienced.