Hello marvelous creatures! Since we last spoke, the world has changed and become a better place because of lesbian sex. Our post about how often queer women have sex served to enlighten the readers of New York Magazine about the mysteries of the female libido and to inform the readers of The Daily Dot that lesbian bed death is a myth. Today we continue fighting the good fight with data on how you get off… by yourself.

The Lesbian Sex Survey — open to all female-identified folks who have sex with other female-identified folks — garnered 8,566 complete responses (and another 7,000 incompletes), of which 89% came from people between the ages of 18 and 36.  In addition to asking about the sex you have with other humans, we had quite a few questions about the sex you have with yourself. Let’s get into it. 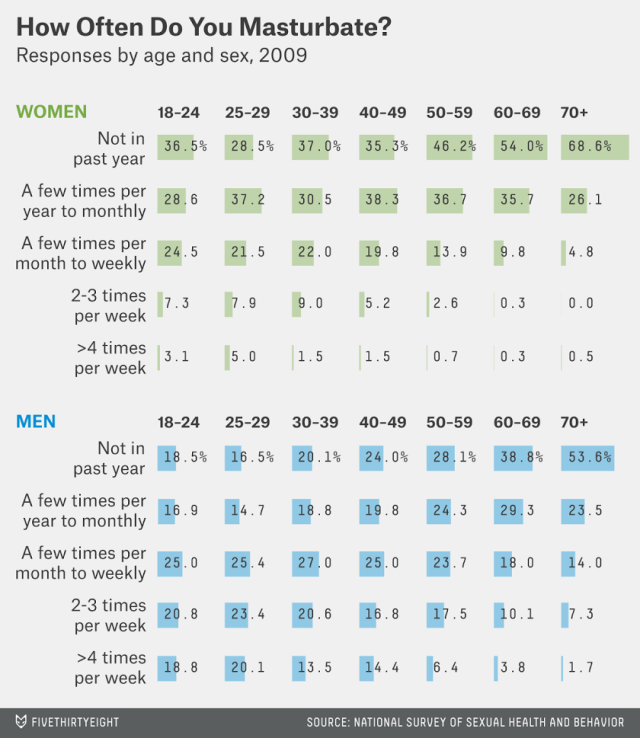 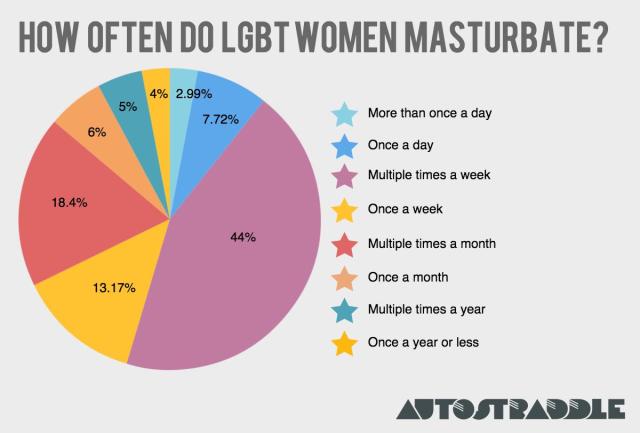 Although Five Thirty Eight found significant disparities by age, our variance wasn’t quite so dramatic. We’re also dealing with a smaller sample size for women over 40 than we are with the younger groups, but regardless, this is what we came up with: 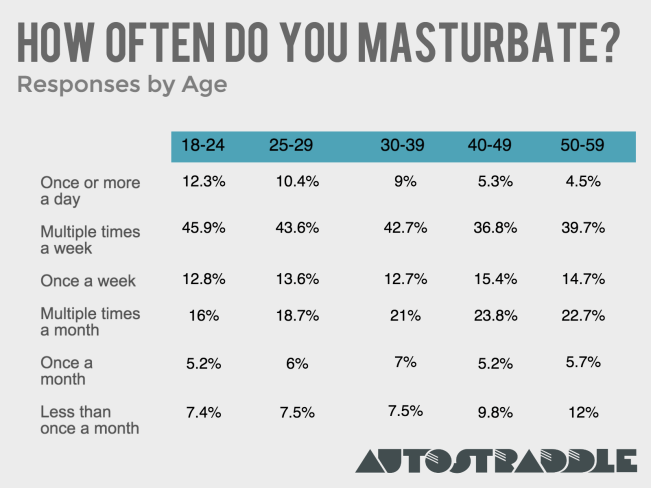 How does that compare to women in general? Looking at that same National Survey of Sexual Health and Behavior Study analyzed by Five Thirty Eight, 43.6% of single women had masturbated in the last 90 days, opposed to 69.7% of those who were “single and dating,” 59.5% in a non- co-habitating relationship and 50.8% of those in a co-habitating relationship. The only group who masturbated less often than single women were married women. 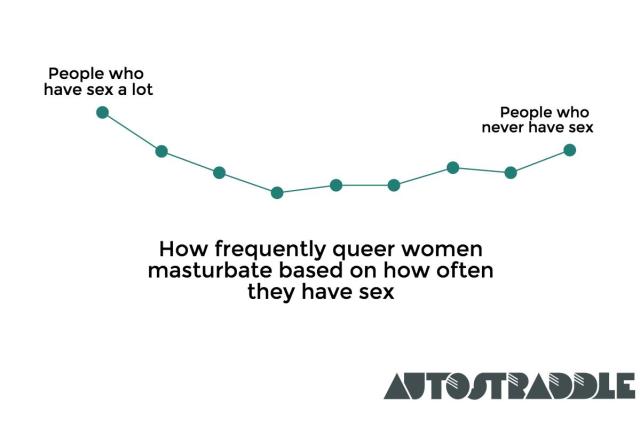 Still, to some degree, the longer we go without having sex the less we seem to crave it — although this doesn’t seem to be the case for men. According to FiveThirtyEight, men were much more likely to have masturbated recently if they’re single. 72% of single guys had masturbated in the last 90 days. 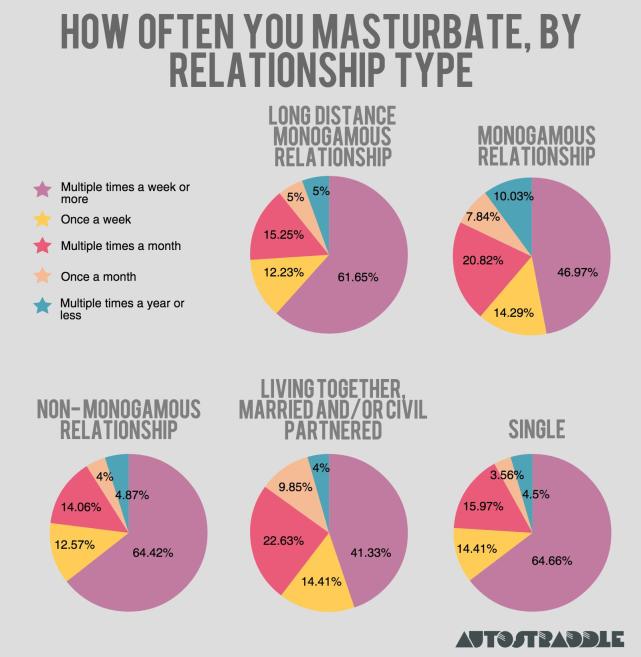 So, what do we do when we do ourselves?

As illustrated below, you get off quickly, and usually you do so using your hand and your imagination. We’ll be talking more about your erotica/fanfic and pornography habits later this week, but here’s an initial overview of your masturbatory practices: 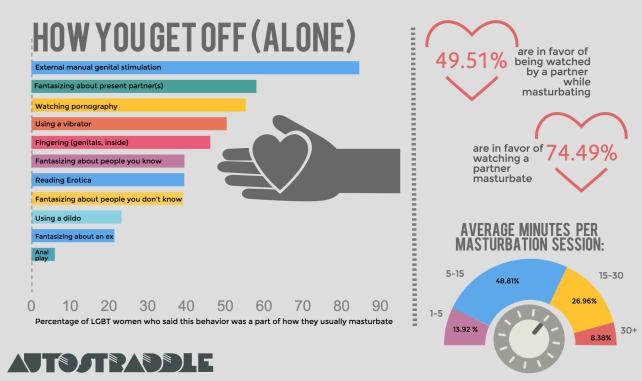 We have a few theories — but we’re interested to hear yours, too, so please chime in in the comments.

In general, queer women might just have a more intimate sexual relationship with themselves than straight women due to the private way in which early desires developed. Whereas straight women are often socialized to view their sexuality in relationship to straight men — a thing you discover as you discover men and men discover you — queers learn early on that the dominant sexual narrative doesn’t have a role for them. Thus much of their early exploration happens outside of public purview, making the leap to uber-private (read: solo) pleasure-seeking not all that dramatic. Many queer women lack access to other queer women for potential hookups and perhaps, then, their imagination is the only place queer sex can conveniently take place.

So much of how women feel about sex is a result of what we’ve been told to feel about sex. But queer women and genderqueer folks aren’t told much at all about how to feel about queer sex, which could mean that our sexual habits are more revelatory of “innate” desire than researchers have previously considered. How do we decide what we like or dislike when we’re not privy to the same type of sexual socialization as cis hetero women are? We figure it out alone.

Furthermore, cis heterosexual women can have decades of heterosexual sex without having to know where their own clitoris is, let alone somebody else’s. For cis queer women, what little sex advice we do get often amounts to “get to know your own body.” Meanwhile, heterosexual sex advice for women, until very recently, focused on pleasing one’s man and saving one’s orgasms for him.

Honestly ladies, the more I get into this data, the more it seems to me that pretty much every stereotype about lesbian sexuality is nonsense and we’re actually very sexually active, very sexually adventurous and very sexually preoccupied. It’s a loose hypothesis for now, and of course we realize the implicit bias of a voluntary survey, but we’re gonna dig into it and see what we can find.

For now, we know simply this: y’all love yourself, it’s not a sin, you can’t control what’s happening, ’cause you just discovered, imagination’s taking over, another day with (or without) a lover, the more you come to understand the touch of your hand. You feel me?