The Senate confirmed Janet Yellen as the next chair of the United States Federal Reserve on January 6. Yellen, who has served as current chairman Ben Bernake’s vice chair since 2010, will be the first woman to hold the position in the 101 years since the Fed was created. She’ll also be one of only 17 other women who lead 177 central banks worldwide. So (as these things go) it’s a step forward where we could use a leap. But Yellen, a relatively unknown name up until now, is literally about to become the most powerful woman in the world. So let’s learn a little about her and the job she’s accepting!

Janet Yellen will take over as chair of the United States Federal Reserve on February 1. Photo via the International Monetary Fund.

What is the Fed, anyway?

The United States Federal Reserve, often just called “the Fed,” is the nation’s central banking system. Its unusually convoluted structure combines both public and private entities, and its federally mandated objectives include ensuring maximum employment, stable prices and moderate long-term interest rates; conducting the country’s monetary policy; supervising and regulating both its own reserve banks and private institutions; and keeping the financial system stable. Basically, it controls all the money in the U.S. and tries to make sure nobody is doing anything shady with anybody else’s money. It can and does print new money to lend to other banks who haven’t maintained their cash reserves, as it did during the 2008 bank bailout. It makes sense, then, that President Barack Obama this summer called picking the new Fed chair “the most important economic decision I will make in my presidency.”

What does the Fed chair do?

Wield all that power described above, in a climate considerably more difficult than the one Bernanke entered in 2006. The Fed chair appoints and leads the organization’s seven-member Board of Governors, which oversees the 12 regional reserve banks and officially sets the nation’s monetary policy. The chair also reports to Congress and has access to the Treasury Secretary, giving them a huge platform for influencing economic thinking. The priorities set by the leader of the Fed are noted not just by the rest of the country, but also by economists and politicians around the world.

The chair also does a lot of politicking, particularly in the case of an economic crisis like the aforementioned bailout. A big part of the debate over Bernanke’s successor centered on who would be best at playing politics, a deck we already know is stacked against women. Names like Timothy Geithner and Lawrence Summers floated around practically until the moment Obama announced his pick, in part because both former U.S. Treasury Secretaries have had much more public careers than Yellen has. 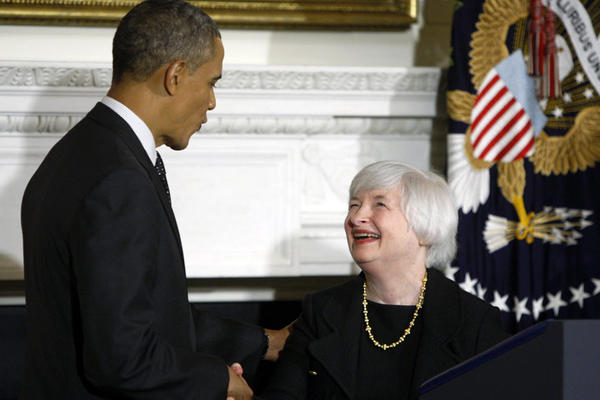 So what makes Janet Yellen worthy of the job? And what does she plan to do with it?

Unlike Geithner, Summers or any of the other potential candidates she faced, Yellen has led a career inextricable from the Fed. She has served four years as vice chair of the board, meaning she’s had exposure to many of Bernanke’s biggest challenges in the wake of the 2008 financial crisis. She was president of  the Federal Reserve Bank of San Francisco for six years, when she was among the first to predict the housing crisis of 2008, and she’s nabbed several top positions in academics. She has also been a leader in discussions about unemployment, which the Fed is charged with affecting indirectly through its policies.

She has already made it clear that she won’t just parrot her predecessor’s policies. Instead, she plans to focus on boosting employment and the more tangible effects of monetary policy. She will be the first Fed chair to champion Keynesian economics, which is the basic idea that in order for one person to make money, someone else has to spend it. In terms of a nation’s monetary policy, this translates to the theory that a responsible government must encourage the spending of money (or spend money itself) in order to maintain wealth equality and, therefore, a healthy economy. More simply put: If everyone who has money hoards it, those without money can’t get it, and the whole economy will grind to a halt. Sound familiar? 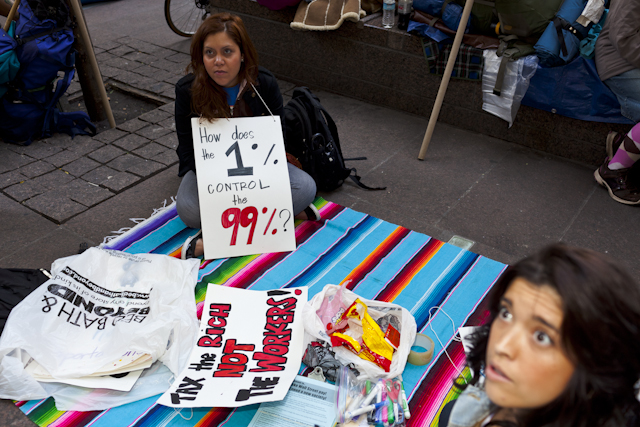 It sounds like she’s more than qualified for the job. Why does it matter that she is a woman?

Because there just aren’t many women in economics, particularly in leadership positions. In 2011, women earned just 34 percent of PhDs in the field, the lowest percentage of any of the social sciences; after they’ve earned their degrees, female economists struggle to secure tenured academic positions. The Fed itself has a 45% female staff, but Yellen is one of only two women on the Fed’s board, and there are only two women presidents of among the 12 Federal Reserve Banks nationwide. The women who do make it to the field’s upper ranks often find that it’s a lonely place. Putting a woman in the biggest economics job there is adds one more female role model to the field, which might just ease the way for the women currently fighting their way up the ladder. And that’s a decidedly awesome thing.

Queer View Mirror is a news column focusing on one topic per week. I’ll take you through the history of the topic, the most current events and where to go to learn more. Use what you read here to write a research paper, be a better blogger or impress people at parties. Or as an excuse to never read the newspaper again. You do you. If there’s something in particular you want to hear about, email kaitlyn@autostraddle.com and let me know!