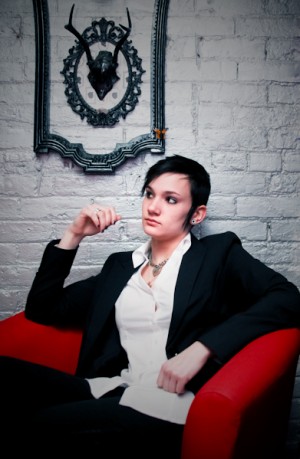 Who exactly is Nikki Hearts? How is your personality on film different from real life?

‘Nikki’ is obviously from Nikki Sixx, but where did the ‘Hearts’ come from?

I went to the casting call for the first movie I did and first thing, they asked what my name was. I didn’t have a name picked out at all! So I panicked and said ‘Hearts’ because that’s my girlfriend’s last name. 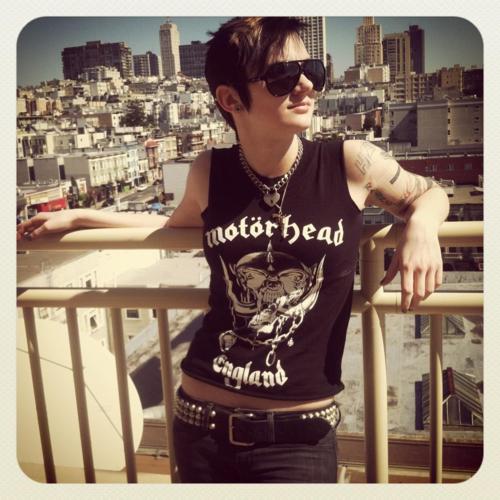 Tell me more about her. A lot of women don’t let their girlfriends go to the bar alone, let alone have sex with other people on film. What’s the most important aspect of your relationship? How do you keep jealousy a non-issue?

We’ve both been cheated on, and we know how damaging that can be. And we know that neither of us would ever cheat on the other because we care about each other and we’re happy. She knows it’s different when I have sex with her versus when I’m performing. And she usually comes with me when I travel, which is a fun thing for us because otherwise we wouldn’t get the chance to travel so much together. But ultimately it’s a matter of having a fully trusting relationship. A lot of other stars do have jealousy issues with their partners, and the ones who do have supportive partners know it’s rare and they’re lucky to have that. So yeah, I consider myself lucky.

On a scale of one to breaking out in hives, how nervous were you before your first shoot?

Hives, basically. I had this moment of standing outside the building before the shoot and contemplating leaving. I knew I didn’t have to do it, but if I did it once it would be out there. And even once I got in there I wasn’t comfortable. I sat in hair and makeup for a really long time, and then we moved on to photo stills, which is the first time you’re naked and trying to look good. I was really nervous until we started filming, after which the initial fear went away and got replaced by “Do I look ok? Am I doing this right?” But I didn’t decide to do another scene until ‘Hotel’ came out.

Well, I heard I didn’t do my best job during the editing process. I wasn’t exactly getting positive reinforcement. But then the film came out and it was way better than I expected. Granted, it was a short scene – they had to edit out a lot of my nervousness – but it turned out good for what it was and made me realize that I’m not going to like everything I do, but I can control how I perform. It’s definitely a learning process. 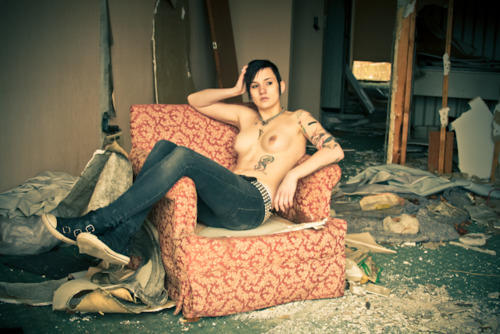 Christ, I meant to think about this question. I’m in a monogamous relationship so this is purely hypothetical, but let’s put Emma Stone first. She’s a babe. My teenage crush was Brody Dalle from The Distillers – pre-baby, mind you. Oh, and Katy Perry. I want her to sit on my face.

I’m working on developing my own website that will focus on queer androgyny set in visually creative settings, so that’s taking a lot of my time. I haven’t really released any info on that yet, though! I’ve also been doing G Spot workshops, and I’d like to really get good at that; helping to educate people on sex. As far as future films go, I am traveling to San Francisco in September to shoot for QueerPorn.tv and some other trade work.

I can’t go a day without eating Thai food! And tacos of course. I love a good taco truck.

Mila has written 2 articles for us.