Today, the Senate Judiciary Committee began considering amendments to that sweeping immigration reform bill the Gang of Eight have been working on for months behind closed doors. As it stands now, the bill, which is called the “Border Security, Economic Opportunity, and Immigration Modernization Act” and is 844 pages long, aims to provide a pathway to citizenship for current undocumented immigrants, to tighten border security and employment verification, and to revamp the existing visa system. It was drafted by a bipartisan powerhouse — four Democratic and four Republican senators, led by Chuck Schumer (D-N.Y.) and including conservative up-and-comer Mario Rubio (R-Fla.), who have vowed to push it through no matter what, and with good reason — America hasn’t passed an immigration bill since 1986, when the country was a very different place. Approximately zero Americans oppose immigration reform, even if it’s tough to find consensus on what, exactly, that reform should look like.

But now is when the “what” part of “no matter what” comes in, and things get trickier. Judiciary Committee senators have filed over 300 amendments, which the committee as a whole will look over in the next two weeks. These amendments range from small tweaks (like requiring candidates for legal status to prove they’ve paid back taxes) to huge impossible performance-art-type statements (like Ted Cruz’s (R-Tex.) bid to basically deport everyone). Two of them, both introduced by Senator (and Judiciary Committee Chair) Patrick Leahy (D-Vt.), would specifically use the Act to extend the rights of binational same-sex couples and their families. Although this is already the norm in more civilized countries like Canada and Great Britain, it’s proving to be a controversial position in today’s America, where the Republican House somehow gains strength from strangling everything good. 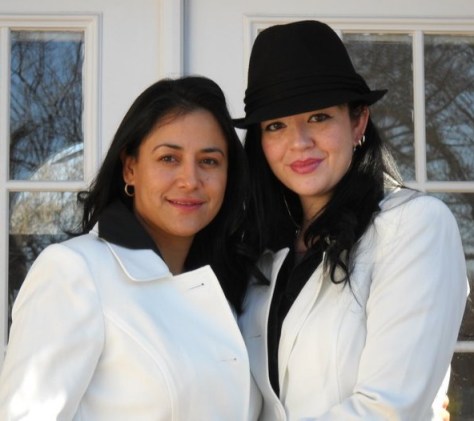 SUJEY & VIOLETA PANDO, A BINATIONAL COUPLE FROM DENVER, HAVE REPEATEDLY FACED DEPORTATION. THEY HAVE MATCHING TATTOOS. {VIA THE DOMA PROJECT}

Under current American law, as long as one member of a married heterosexual couple is a US citizen, his or her foreign-born spouse can petition for a green card. But because this is a federal right, and because the Defense of Marriage Act prevents the federal government from recognizing gay marriages, binational gay couples — even legally married ones — aren’t invited to the green card party. An estimated 40,000 couples are affected by this inequality. Amendment Leahy-6, which is basically the “Uniting American Families Act” Leahy has been championing for several months, would fix it by extending the same green card petitioning rights to commited same-sex couples, even unmarried ones, by creating a “permanent partners” category. Eligibility for this category would be determined by a set of criteria presented in the bill — couples must “intend a lifelong commitment” and be “financially interdependent,” among other things. (This itself presents potential problems when you consider that couples are probably less likely to dive into either of those things when one of them could be deported at any moment, but I digress.)

Amendment Leahy-7 is a little tricker — it would make it so that a person is considered married under the Immigration Act as long as the marriage “is valid in the state [or country] in which it was entered into.” Basically, in order to be eligible for immigration rights, you just have to go to the nearest state on this map and get hitched, and then, immigration-wise, you’re hitched wherever. If this amendment passes, it will provide the first ever workaround for DOMA (and it would invalidate Amendment Leahy-6 in the process). Lawyers and gay rights activists have described it as “brilliant” and “a strategic masterstroke,” as it will make it difficult for anyone to argue logically against it  — as Human Rights Campaign vice president Fred Sainz puts it, “it’s hard to object to marriage if they’re already married.”

JUDY RICKARD & KARIN BOGLIOLO, A BINATIONAL COUPLE FROM CALIFORNIA, HAVE LIVED FOR STINTS IN EUROPE WHEN THE US KICKS BOGLIOLO OUT. IT IS KEEPING THEM FROM HAVING A GARDEN.

Predictably, though, a lot of people are all set to object anyway. Religious groups, including the Southern Baptist Church, the National Association of Evangelicals, and the US Conference of Catholic Bishops,  have made it clear that they’ll pull their support from the bill if the gay marriage gets “tangled up” in it, because it is the “wrong place at the wrong time” to deal with this “divisive distraction” (their words, if you didn’t guess). Mario Rubio has said multiple times that he does not personally support the amendment, and thinks it will make his Republican colleagues reluctant to pass the bill. Some of these colleagues, including John McCain (R-Ariz.) and Jeff Flake (R-Ariz.), are all too happy to prove his point (McCain: “Which is more important, LGBT or border security? I’ll tell you what my priorities are.“). Compounding the problem, some think, is the fact that Obama supports the provision (in his own level-headed-to-a-fault way) — in our current weirdo political climate, the best way to get Republicans to vote against something is to give it the Obama stamp of approval.

And so LGBT-friendly senators (and those of us who vote them in, toss them money, and cold-call their interns) are faced with a classic dilemma. Do we consider this amendment a make-or-break part of immigration reform? Do we hold fast to the conviction that the “comprehensive” bill everyone keeps talking about must include all citizens, including gay ones, in order to live up to the word? In doing so, do we risk another legislative gridlock like the one that recently made the renewal of the Violence Against Women Act such a depressing experience?

NESS AND GINGER MADEIROS, A BINATIONAL COUPLE FROM MINNEAPOLIS, TOOK THEIR EIGHT-MONTH-OLD “TINY LOBBYIST” TO WASHINGTON TO FIGHT FOR GAY IMMIGRATION {VIA NEW YORK TIMES}

Or do we, as columnist Gabriel Arana argues we should, “take one for the team” and sacrifice the rights of gay couples in order to ensure that the broader legislation goes through? After all, if DOMA is repealed, as it might be this term, the whole issue quickly becomes moot (“Ultimately, recognition for LGBT couples is part of the marriage fight, not the immigration fight,” Arana argues. “[That] broader fight is well underway, and we’re winning.”). Meanwhile, there are about 267,000 undocumented queer immigrants waiting for this bill to go through so they can come out of what amounts to a terrifying and dangerous legal closet. Would this count as setting a horrible precedent and buying into the anti-intersectionalist idea, expressed by some, that gay people are somehow a “less valuable” constituency? Would we be voting ourselves into second-class status? Or just being politically savvy? Is it a copout to spend my energy, instead, planning for a future where those two are never related at all?