Jason: You don’t have to quit just because we did the horizontal hokey pokey.
Ashley: That’s not what this is all about.
Jason: What is it then?
Ashley: I am going to marry a preacher, probably, and it might mess up his reputation if word gets out that I’m working with the guy I boned while he was away building homes for hurricane victims or whatever he does with his life.
Jason: Fine. Come by and get your things later, I guess. I’ll be out doing A stuff all day, so you’ll have the office to yourself.

Over at Manslaughter Mini Storage, Hanna — who is looking so fly in a hoodie and messy ponytail, which is, as you know, my kryptonite — and Caleb disarm the security cameras and put on gloves and surgery shoes and hairnets and things because you can’t get arrested twenty times for murder without learning a little something about forensic evidence. What they have not learned, however, is there is no such thing as “getting a step ahead” of A. The storage unit is completely empty except for the barrel. Hanna is one hundred percent out of her mind and insists they take this barrel out of here and put it some place safe. On the way outside to get the dolly* to move the barrel, they bump into Toby and Tanner. 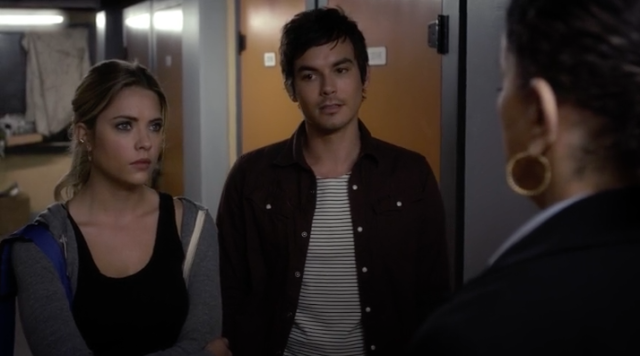 The reason Mona and I owned a U-Haul together is actually none of your business.

(*They say the word “dolly” like a hundred times in this episode. They’ve got to rent a dolly and where’s the dolly and bring in the dolly and let’s use the dolly to move this barrel, and I know it’s dumb but I really wanted them to open up the back of a van and find out that A had replaced their hand-truck with an actual doll. Homophone trolling is one of my favorite kinds of trolling.)

Tanner would like to know why Hanna and Caleb are hanging around this storage rental place where the cameras have been hacked and also where an anonymous phone call told them a crime was going down. She says Caleb seems like he’s way too young to have accumulated enough stuff to need a storage locker, proving that she knows nothing about the magical life of Mona Vanderwaal and should therefore not be investigating her murder. Hanna frees them from Tanner’s interrogation with the old “gotta pee BYE” trick. 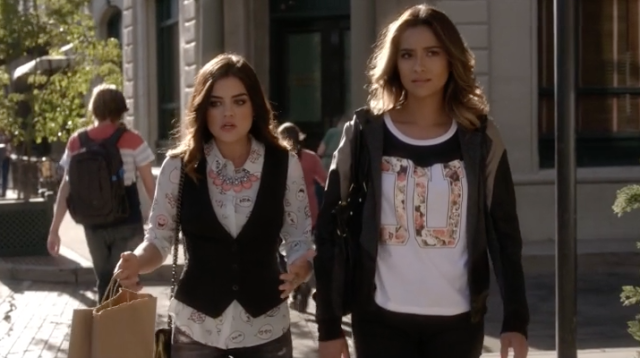 Oh god, here comes Spencer. Do you think she knows I added some Ezria fic to my Tumblr. 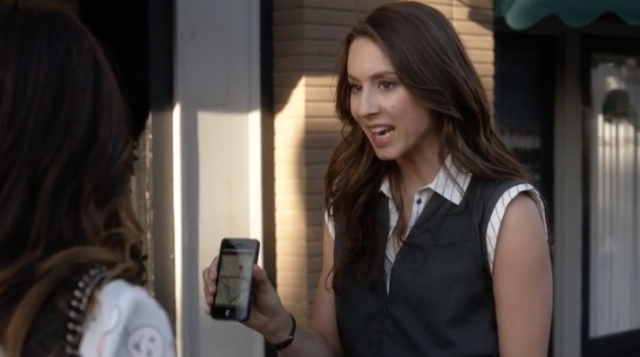 Aria and Emily are out doing some shopping, talking about bribing Hanna to speak to them with a hot fudge brownie, when Spencer comes whizzing up onto the sidewalk in her car, tires squealing, and jumps out of the window and slides across the hood like the Dukes of Hazzard, taking not a single breath as she explains that Mona’s laptop is on the move and Hanna wasn’t at school today. The second thing is ridiculous, Spencer. None of y’all are at school any days. But the first thing is valid, so everyone hops into Spencer’s SUV, and off they go. 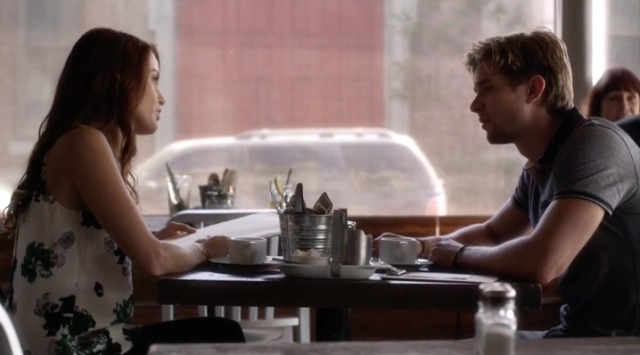 You can’t go around robbing the gold from old dead ladies’ vaults if you’re married to a preacher, okay?

Ashley: Get off my nut, man. People expect things from a pastor’s wife.
Jason: Yeah, those church socials must be brutal.
Ashley: I know you’re being sarcastic, but brutal is the exact correct word for Rosewood Presbyterian. I’m pretty sure both of your sisters have killed a man in that church. I’m pretty sure your dead mother haunts the place.
Jason: Did you sleep with me to screw up your relationship on purpose? No judgment. I watched my sister get killed twelve times one Labor Day. I know a thing or two about mistakes.
Ashley: No, I slept with you because I was too drunk to go to the store to buy more AA batteries.

Ezra reads Aria’s Talmadge essay some more while this song plays that could easily be the theme of this whole show. It’s about hateful ghosts who follow you around howling until your bones are shaking and it doesn’t even matter how brave or smart you are because nobody’s even wearing their own face anyway. Solid montage choice. It also plays while the Liars follow the signal coming from Mona’s laptop, talking about “Why would Caleb help Hanna?” the whole time like a car full of dummies. The question is, Why wouldn’t y’all help Hanna, you jerks? HANNA KNOWS WHAT HANNA NEEDS. Also, Spencer and Toby are completely breaking up right now because he won’t support her lawlessness!

Okay, so, at Manslaughter Mini Storage, Toby and Tanner find that barrel. Tanner peeks inside and makes a face that says whatever is inside there is disgusting. She tells Toby to ring-a-ding-ding the Hazmat Team, a thing she probably should have done before opening that barrell in the first place, right? And then when Toby leaves, she opens the barrel back up and looks inside and makes this kind of hilarious face that’s like, “Ah, well. Dang.” Like. What in the world is in that barrel that would make her do a face like when you find the salad dressing spilled in the refrigerator or your shampoo leaked out into your suitcase? Maybe Tanner’s seen some shit we’ll never know. Maybe she’s desensitized. Maybe she’s worked in Ravenswood or on that imaginary show where Jenna and Noel and Melissa spend most of their time. On the floor beside the barrel, Tanner finds drops of fresh blood, so that’s going to be a bad thing for everyone, I think. 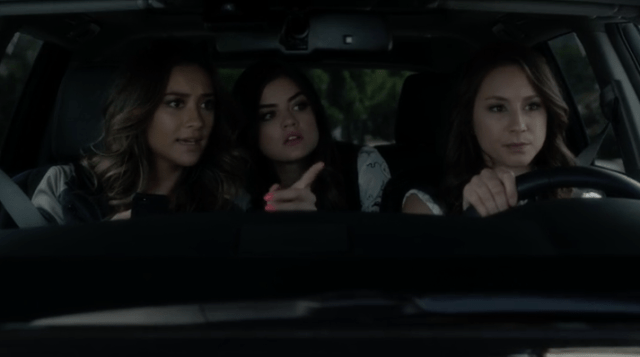 The GPS is saying to drive into that abandoned barn. What could go wrong?

Mona’s laptop has led the Liars to an abandoned ice cream factory called Boo’s Boos, which is what I call all of you guys, and it’s as amazing as any barn ever has been on this show. Not as amazing as that doll hospital in Brookhaven or that basement in Radley where the broken dolls live and everyone turns gay. Still good, though. Aria advises the Liars to split up because she knows less of nothing than Jon Snow, and that’s exactly what they do. Spencer chases down these voices, and it’s just Mona’s laptop playing a video of Caleb and Hanna planning to break into that storage unit. Emily finds a dead rat like from Paige’s locker, a bag of frozen almond slivers like from Talia’s empanada recipe, and a yowling cat like from a Portlandia sketch. Aria finds an abandoned freezer that locks from the outside, so she asks Spencer to join her inside it.