Spencer and Toby are still a little awkward with each other due to him laying down the law last week and her breaking it because her favorite thing to do besides drink coffee is break laws. Spencer is feeling an extra tenseness on top of the Spoby tenseness (which is on top of the tenseness she feels because of being an omniscient ghost ninja’s constant prey which is a tenseness  on top of the regular everyday tenseness of being a Hastings), and this new tenseness is that she’s only been accepted into colleges that exist in tropical paradises. No Ivys at all. I can’t tell if she’s mad she didn’t get into any Ivys or mad that she didn’t apply to any Ivys because they’re all too close to Rosewood/A or mad that her life’s never gonna be as fabulous as it was in her noir fever dream. Toby tells her Hawaii seems neat, and a good place for her to be so she doesn’t get him fired from being a Pennsylvania cop. 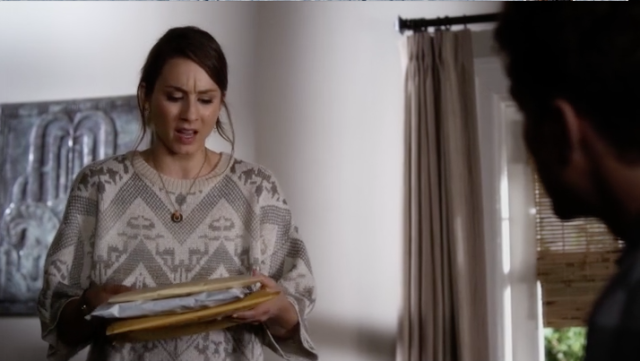 WHAT’S BEHIND ME? IS IT A GHOST? TOBY, IS IT A MONSTER? WHY IS THE HAIR ON MY NECK STANDING UP! 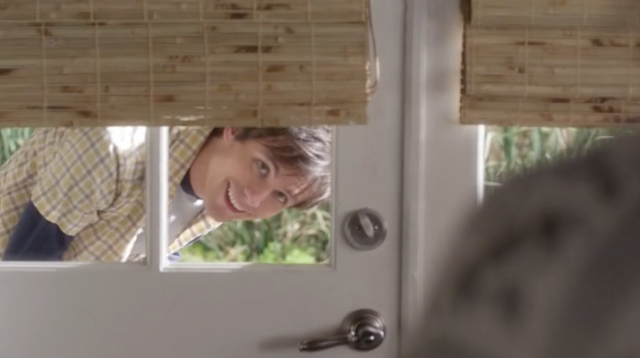 They don’t have time to work out their deal because fuckin’ Johnny peeks his head through the blinds, which is his first step in unleashing his truly systematic awfulness all over town. I hate this guy!

First of all, he invites himself right into Spencer’s living room and pays for his first and last months’ rent in pennies, which I thought was a funny joke at first, like it only costs 50 cents to rent the Hastings’ barn because basically you’re just leasing your own casket, but no, this motherfucker thinks it’s ever so charming. And then, he starts purring about when he went to Italy and rode the trains and sailed the gondolas and made like gluten-free pasta out of peat moss and wild berries that he foraged for in the Alps while using pig slop to craft sewage paint to make garbage can art. Okay, and then he starts rooting around in Spencer’s wastebasket without even asking and when she offers him a sandwich like maybe he’s only acting like some kind of absurd Portlandia character because his blood sugar is so low, he laughs in her face about sewage paint and starts gathering up an armful of banana peels and turnip skins. 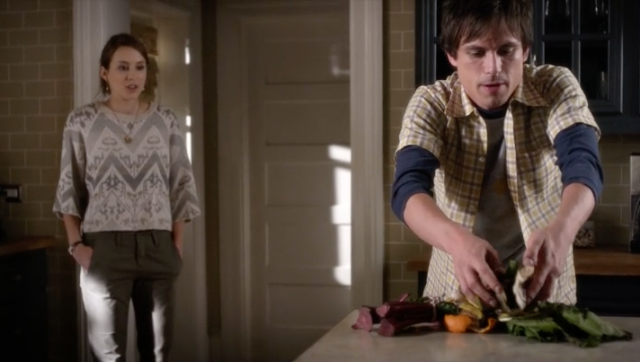 What in the free range fuck are you doing in my kitchen?

Aria goes to The Grille to meet “Holbrook” but he does not show up and instead it is Jason who is there because Ashley stood him up. They decide to eat together so Jason can plant a bunch of lies about Alison into Aria’s head and tug on the loose threads of her half-formed fears and sanity. Somehow she finds it easier to trust the man who once videoed her and her middle school-aged friends in their underwear and was caught taking picture of the inside of her nose than to trust Alison who has always been a little mean but totally honest with her. 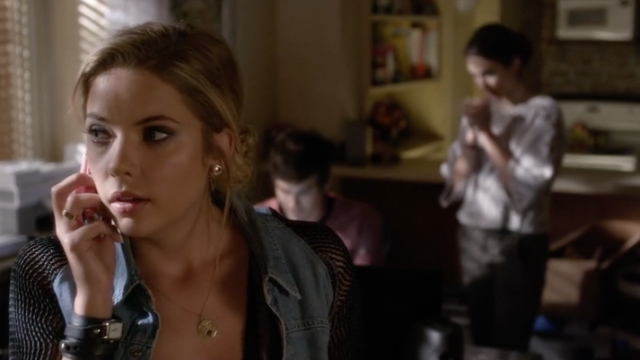 Mona, it’s Hanna. If it really was you that sent that text, call me back. I will run away with you. I’m sorry it took me so long. Call me. Love you. Bye.

Spencer: I rushed right over when Mona texted me from heaven! What’s the science, guys?
Hanna: The science is that ghosts don’t have fingers, and I am telling you that as a person who was accepted to both Columbia and Cornell.
Spencer: I need to lie down.
Caleb: There’s no time! Whoever stole Mona’s laptop from Aria’s useless hands has accidentally tripped some kind of tracking device that Mona installed to alert you guys in the event she was killed and Aria fucked up everything.
Spencer: Let’s go, I guess. It’s not like I need to be doing any homework. It’s not like you have to be able to read to get into Hollis.
Hanna: I can’t. I’ve got to go break the heart of Pastor Ted, the one grown man in this town who has never tried to molest any of us.
Spencer: Whatever, I know you’re going home to swim around in your college acceptance letters like Scrooge McDuck in a vault of gold!

At Predator, Talia is still on Emily’s junk, this time about the hole in the t-shirt she is wearing. Talia, get it together, man. What kind of lesbian person tells Emily Fields she doesn’t want a peek at her collarbone/shoulders? A dummy lesbian, that’s who. Talia wants everyone to wear polos and ponytails because her type is “JC Penney catalog model,” I guess. Emily is like, “I’ll tell you what, Talia. Why don’t you remove yourself from my jock and I will not remove your face like it is a mask you are wearing over a different mask so you can pretend to be the boyfriend of a girl you want to finger-bang. Okay? How about that, Talia?” 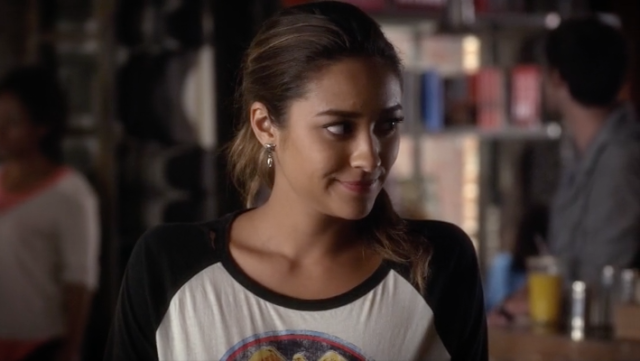 It was inside a lighthouse, and I just stabbed him, right in the guts. 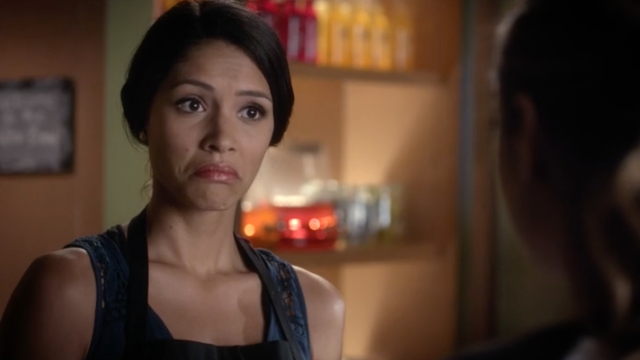 Frankly, “fingerbang” is all Talia needed to hear.

So Caleb and Spencer go to this storage place where Mona’s laptop was activated, but they can’t get inside the specific storage unit because it is locked. Obviously, Spencer does not view this is a problem because she has bolt-cutters in her car, one time taught a class on lockpicking to the other Liars, and also carries dynamite on her person at all time like a cartoon coyote. But before they can gain access to the unit, a teacher from Rosewood appears from nowhere and starts complaining about the smell and the blonde girl who keeps showing up with sacks of dead bodies in the middle of the night.