This episode begins in 1978, 16 years before the present day. Elektra works at the pier, and she’s very good at her job. Unfortunately, the friend Elektra works with loses her key, which sucks in general, but it especially sucks, because Elektra has to hide when she goes home to her mother. The friend tries to assure her, but I don’t really buy it. Sure enough, Elektra barely makes it into her house, and up the stairs before her mother — Tasha Jackson — calls out, startling her. Elektra’s mother misgenders her, and tries to tell Elektra to take her clothes off, but she says no. In the confrontation that follows, Tasha starts to pull off Elektra’s clothes, but Elektra resists.

Eventually, Elektra races up to her room and pulls out a familiar, old, trunk. When she opens it, it’s filled with jewels and finery. Elektra’s mother prevents her from retrieving her nest egg, though; she claims that, since the house is hers, everything in it belongs to her as well. Even though Elektra pleads with her, Tasha hits her and tosses her out of the house unceremoniously. Before Elektra leaves her mother, she stands up to her one more time. When Elektra tells her mother, “This is who I am”, I feel seen. I also wish that queer people would get to say these words, without a shut door being the common response. I wish that Elektra — and anyone else — standing in her truth was encouraged, and nourished. The flashback in the beginning sets the tone for this Elektra centered episode. 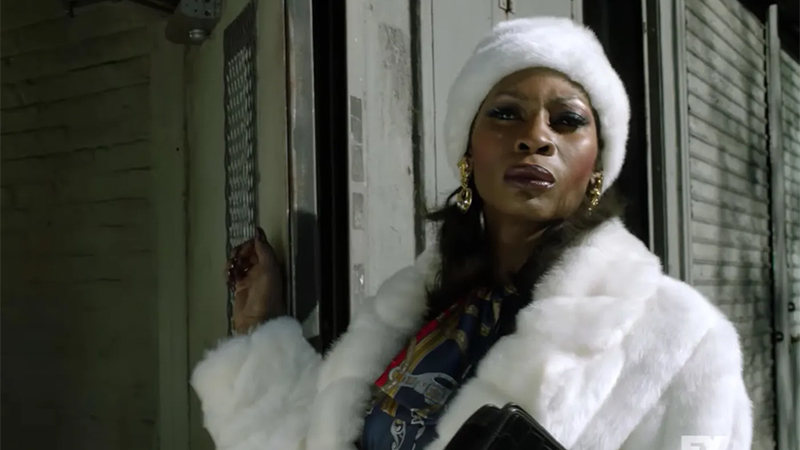 The tone of the first scene made me worried about the tone of the show, and while I’m still weary, and wary of the violence depicted on her body in this episode, I was at least relieved that it ended with Elektra smiling. In the next scene, we’re back in 1994. Elektra walks in to her phone sex business — It’s doing well! — and she’s just able to catch up on her voicemail, and daily news, before the cops burst in. In one of her voicemails, Lulu calls to confirm that she’s not “dead in a ditch somewhere”, though she believes Angel ‘abandoned’ her for sobriety. I’m glad Lulu isn’t dead, but there’s a very long way between “dead” and “okay,” so I’m still concerned for her, and so is Elektra. Unfortunately, she doesn’t get to stay or figure it out, because the cops take her to the station. Elektra plays hard-ball pretty well with the cops, until they threaten to get a search warrant when she mentions a lawyer. Thinking fast, Elektra asks to make a call, and calls Blanca to take the trunk out of her apartment.

The trunk is the same trunk Elektra left at her mothers house, and the same trunk with her dead client’s body in it. Elektra’s quick thinking pays off because despite saying they wouldn’t do so, the cops change their mind, arrest her and hold her in a men’s cell, where a creepy man wastes no time being, well, creepy and scary. Blanca goes to Elektra’s with Angel, and they meet up with Ricky, who’s staying at Elektra’s. I really like their relationship. When Blanca opens up Elektra’s closet to reveal scent hangers, Papi and Ricky’s suspicions are raised, even more so when the trunk ends up being heavy as hell. Papi thinks it’s drugs, so Blanca ends up telling them the truth before they reluctantly recommit to helping. The trio take the trunk out of the apartment through the streets, and to Blanca’s house. There are a few tense moments where cops driving by force them to ‘act casual’ and thankfully, they are able to arrive safely, despite their very suspicious looking actions. Back at Blanca’s, they hide the chest in Damon’s room, under cloth.

The next scene takes us back to the past, 1983, four years ahead of the last flashback. We see an early house of Abundance, and Candy (!!!) and Lulu are back to being mean to Blanca, while being unaware of Elektra. Everyone’s attitudes are probably, at least in part, affected by the fact that they are out of food. Blanca offers to go to the piers to make money, if Elektra needs it, but she declines. Elektra believes it’s her responsibility as mother, so she goes herself. There, she meets a younger Angel, Lemar and Cubby. 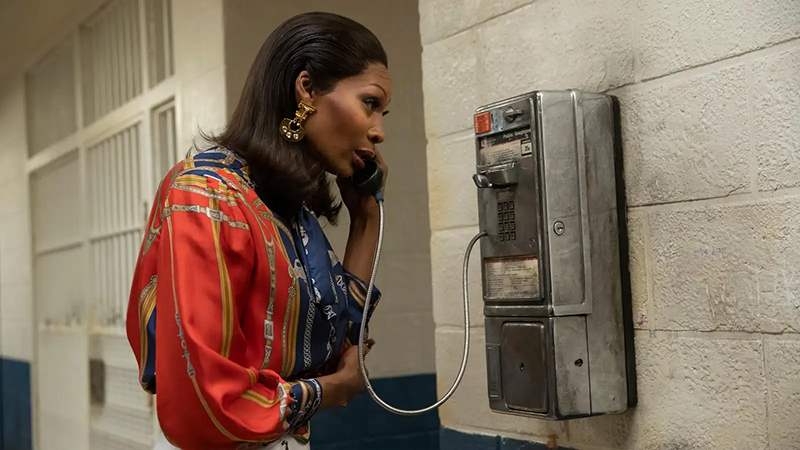 The three of them have been alternating between stealing and working at the piers to survive. Elektra sends them to Abundance, and introduces herself to them as their mother. Later, the house gathers around the table, eating takeout, and falling into what the audience would recognize as familiar patterns and relationship dynamics. The lights go out, and the kids start to toss around ideas to make money; from robbing a bank to kidnapping. Elektra waves off their aspirations to ‘common’ criminality, and gathers her house to break into her mothers residence. The kids speculate on the owner of the house, but Elektra doesn’t give them any solid answers. When they do find a way in, she proceeds with Blanca. Tasha stops them on the way out, and Elektra has one more confrontation with her mother.

At first, Tasha wants to keep them from taking the trunk, but Elektra pulls a move out of the queer handbook, and threatens Tasha with her own transphobia, and desire to keep Elektra, and especially their relationship, secret. Tasha launches into a speech about wanting a son, and wanting someone to protect her, who would never leave. I’m not a parent, but I think this is perhaps not the best way to prepare to bring life into the world and nurture it? Tasha’s love for her kid was so wrapped up in who she expected, or believed she needed that kid to be, that she can’t even see Elektra, or accept the way that Elektra — loving and protective — is exactly who she wants. Tasha makes one more attempt to pull Elektra away from herself, promising her a relationship if Elektra ‘toned down’ herself. Elektra declines.

Back in the present, Blanca, Ricky and Papi are poring over maps, presumably trying to figure out what to do with the body in their apartment, when Christopher comes in. He immediately smells the body and starts to search, while Blanca frantically tries to distract, or dissuade him from looking further. Eventually, she tells him about the body. I’m glad that he responds fairly well, and hops on the team, but I’m also concerned by how comfortable he felt touching things in Blanca’s home. Is that just me? Do people just go around feeling comfortable in other folks’ homes? Christopher asks Blanca why they didn’t contact the cops, and after a quick reality check, he affirms their decisions and apologizes. Before they can do much else, they get a call that Elektra’s bail has been posted.

The scene moves back to the past, and Elektra welcomes her house into what the audience knows will continue to be their house until Blanca’s eventual exit starts to shake things up. The kids ask very little questions and settle into their new space, but Blanca knows that Elektra’s sold her nest egg to support them. Back in the present, Elektra, Blanca, Christopher, Papi and Ricky drive the body to a sewer dump, where they plan for the bacteria to eat and dispose of the remnants. It’s a good plan in theory, but bodies have a way of showing up, so I don’t feel comfortable just yet, though I hope this is the end of it. Elektra doesn’t deserve to be haunted by this tell-tale-heart. The scene follows the group back to dinner at Blanca’s house, where Christopher lets Elektra know that the charges against her have been dropped. He has a connection to the DA. Elektra’s reaction surprises the group, she says she didn’t know Blanca would involve Christopher, and walks away from the table. 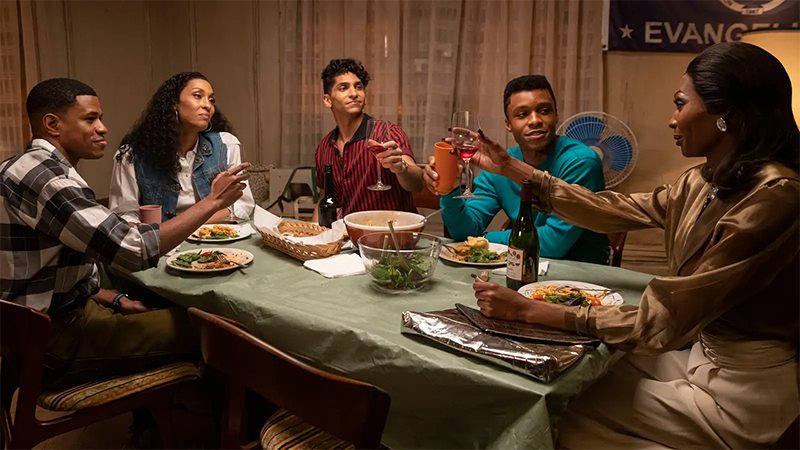 Blanca quickly follows, and when they’re alone, Elektra explains that she has no way to pay Christopher or Blanca back, and that she doesn’t want to feel beholden to a man. Blanca lets Elektra know that she doesn’t, and cannot owe her anything, especially after what she did. Blanca says that Elektra selling her things, and sacrificing made her understand that people are what makes things matter. Elektra tells Blanca that even though she feels like she’s, “done a lot of wrong,” she knows she got something right with Blanca. Which is such a mom thing to say!

They share one last memory together; 1984, the first time the new kids (Angel, Lemar and Cubby) walked. The category was, “Once Upon A Time” and they slayed in true legendary fashion. Blanca also tells Elektra that she’s gotten into Nursing School, and Elektra explains the meaning of Abundance. To Elektra, her family was everything. Elektra gleefully shares Blanca’s news with the rest of the table and the episode ends on a celebration of Blanca’s success. Elektra’s success.