Portland may soon become the second city in the U.S. to include gender reassignment benefits in their employees’ health plans. And it’s all because of Sam Adams. (Okay, yes, like the beer.) 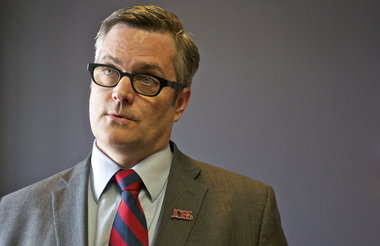 Adams, the Mayor of Portland, is inspired by San Francisco’s decision years past to include the same benefits in their municipal health coverage. He has said he feels this is “the right thing to do,” and he certainly has reason to say so: the American Medical Association declared many moons ago that transgender health care is medically necessary, and that coverage shouldn’t be denied by insurance providers for that care. But the declaration hasn’t done much. Aside from these two cities, no other municipalities have adopted a policy inclusive of sex changes.

Opponents of including gender reassignment benefits in San Francisco often focused on the high cost of surgery, and how it would impact the cost of their health care. Gender reassignment surgery can cost anywhere from $7,000 to $50,000 dollars, and the inclusion of hormone therapy and other associated medical care makes it even higher. In San Francisco this led to restrictions on the coverage, but didn’t put a damper on their historical 2001 decision:

“Even though we’re not happy with the limitations, we think the fact that the benefits are being offered is wonderful,” said Larry Brinkin, senior contract compliance officer for the San Francisco Human Rights Commission, an agency that has pushed for the expanded coverage.

“This action will help lead to the elimination of discrimination against transgender people and hopefully will be a model for employers across the United States,” Brinkin said.

And Brinkin was right, or at least ended up being right ten years later. But in Portland the cost appears to be NBD: it only presents a .08% increase to their spending. That doesn’t mean the measure doesn’t have it’s opponents – it does. And they’re trying to distort numbers to win. But the plan also has vocal support, not only from the mayor but from city council commissioner Amanda Fritz:

“As a former nurse, I believe medical decisions should be made between the doctor [and the patient], and the insurance company shouldn’t be getting in the middle of who can have what kind of procedures. I think this is a step in the right direction.”

A sampling of headlines on this issue:

A poll on Oregon’s FOX affiliate website is so far so good — go vote!

The Portland city council will vote on the plan on June 8. Cross your fingers! The only remaining question really is, “why is this taking so long?” Major corporations like Google and Nike offer these benefits – why not municipalities?