Welcome to your weekly pop culture fix, a sugary snack to get you through your afternoon lull.

+ Sandra Bullock and Sarah Paulson are reuniting for a new Netflix thriller called Bird Box, which sadly looks 100 percent more terrifying and 100 percent less gay than Ocean’s 8. The film is directed by Susanne Bier, who is the first woman to win an Oscar, Emmy, Golden Globe, and European Film Award. Still, though, she could not keep these two clowns under control! “Like between takes, they were talking one time and I was like, ‘Hey girls, I’m actually trying to direct you!’” she told People, with a laugh. Here’s the trailer! It’s spooky!

+ You thought you were done with Nanette thinkpieces, didn’t you? Well, you were wrong!

+ Did you know that Janis is canonically queer in the Broadway version of Mean Girls. It’s true, Valerie Anne told me so. Here is Barrett Wilbert Weed performing Janis’ anthem, “I’d Rather Be Me.”

+ I dare you not to click on this Vulture article that features the following sentence: “Zanaughtti, serving dark magic realness in a goth corset and Hogwarts-chic glasses, also snatched the prize for ‘Baddest Boss Bitch’ at the first-ever Family Awards and Lesbian Ball, a celebration of New York’s queer underground.”

+ Natalie, who somehow manages to watch every single TV show with queer characters on every plane of the space-time continuum on this entire earth, says the Australian show Sisters is not very good, but that there is a lesbian storyline. An American adaptation is maybe coming to Fox.

+ Station 19 got a full season pickup.

+ S.W.A.T. has cast Claire Coffee as a love interest for Chris in what is apparently going to be a bi/poly storyline.

+ TEGAN AND ANNALISE IS GOING TO HAPPEN JUST LKE NATALIE SAID IT WOULD!

+ Also from Natalie re: Viola: Here’s another wonderful interview with her ahead of Widows! (I was casually searching Twitter for “viola biceps” yesterday and I heard from some critics that they are on full and glorious display in the action sequences in this movie!)

+ There was a Bad Girls reunion last weekend and would you please get a load of these two fictional lovebirds SMOOCHING ON THEIR FICTIONAL LESBIAN MOUTHS!

+ Atypical‘s coming back for season three! Feels like it’s gonna be real gay, after that season two ending!

+ Tracy Chapman is suing Nicki Minaj? I am mostly telling you this so I can link to this Jezebel piece that checks more Tracy Chapman ’80s lyrics than I could have imagined would fit into one 300-word blurb.

+ And finally, the most important pop culture news of the week: Salem the cat walked the red carpet at The Chilling Adventures of Sabrina premiere. 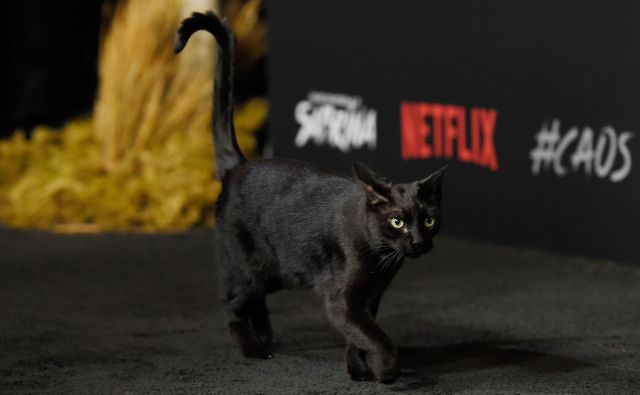