Welcome to your weekly pop culture fix, a journey through the eyeball into the cranium and back out your ears.

+ In an interview with Billboard Magazine, King Princess talks about being a gay kiddo, reading The Price of Salt, working with Mark Ronson and why she loves living in Los Angeles. Also it ends when actress Amandla Stenberg shows up and King Princess is like “my girlfriend’s here!” So glad to have King Princess and Lesbian Jesus out there roaming amongst us civilians and mortals! We are having a POWERFUL 20gayteen.

The studio time not only helped Straus develop as a musician and a producer, but it also gave her fodder for her earliest songs. “I wrote about ladies who had come through the studio,” she says. “I get asked, ‘Is it a choice to gender the music or put pronouns in?’ and for me it just wasn’t a choice. It was just like, ‘If straight people can do it, why the fuck can’t I? I’ve been listening to this straight-people music for so many fucking years. Why can’t it be gay?’ It’s the same thing. It’s just different pronouns. It’s the same feeling.”

+ The New York Times talks to Hannah Gadsby: “Writing the show, I think I was insane. I was a hot mess. I had so much just suddenly crystallize in my head, and I just needed to get it out.”

+ The biggest stories of the week are all hanging out in this glorious post: San Diego Comic-Con: All the Gay News You Need to Know About Every Gay TV Show

+ Cheryl Blossom is a Leo, discuss

+ Hillary Clinton will guest star in Madam Secretary‘s Season Five premiere along with Colin Powell and Madeline Albright. Those are some people who have… done some things…

+ Lena Waithe Inks First-Look Deal With Showtime: “I have been a fan of Showtime for as long as I can remember,” Lena Waithe said. “They make shows that most networks wouldn’t touch and they’ve never been afraid of taking risks.” I THINK SHE’S TALKING ABOUT THE L WORD.

+ From Queer Stories to Skater Girls: Latino Movies You Should See at Rooftop Films

+ With ‘Strangers,’ Mia Lidofsky Searches For Home Through Queerness: “I’m an out and proud lesbian and have been for over 12 years, and I think, as a queer person in this culture, I’m so starved for good queer content.”

+ Here I made this for you, a music video from Yoke Lore starring two queer ladies (JK I didn’t make it)

+ For you from Chromat, here’s something not to be mad about today: 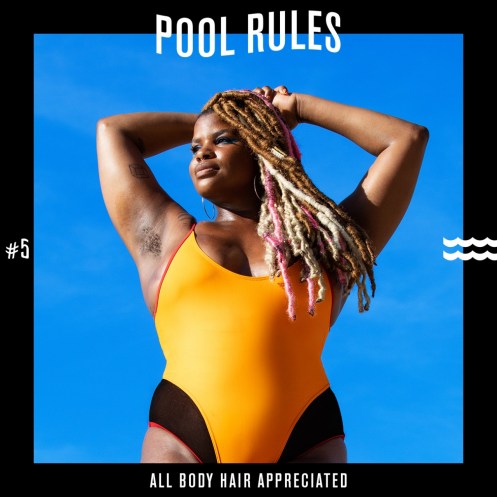 + Here’s an interesting block of text : “One foodie-related thing that Hannah [Hart] is excited to do right now is her partnership with Lays, in particular their “Tastes of America” flavors. It’s inspired by the legendary potato chip brand’s efforts to highlight local cuisine from all across the country in eight new flavors: Cajun Spice, Chili con Queso, Chesapeake Crab Bay Spice, Deep Dish Pizza, Fried Pickles with Ranch, New England Lobster Roll, Pimento Cheese and Sweet Thai Chili. Yum! The new bags will be available in supermarkets between July 30th and August 23rd, but will only be available in the region where the flavor was inspired by.”

+ On a more somber note, you’re probably all aware that Demi Lovato was hospitalized for a drug overdose yesterday. It was initially reported that Lovato had overdosed on heroin, but “a source close to Lovato says that was not the case.” She is awake and stable. In June, Lovato released a single called “Sober” in which she revealed that she was no longer sober, after five years of sobriety.