Welcome to your weekly pop culture fix, where we’ve been carbonating your art since 1969, the same year that The Gap was invented.

+ Queer actress Clea Duvall is premiering her debut feature The Intervention at Sundance, and the cast includes Melanie Lynskey, Natasha Lyonne, Colbie Smulders and Alia Shawkat. Duvall told Flavorwire that “Melanie and Natasha are her oldest friends” and so obviously it was a thrill to cast them in her directorial debut film! Canoodling in But I’m A Cheerleader leads to eternal friendship, obviously — and yes, the two will be playing a couple in The Intervention, although reviews note that Lyonne’s character is “underused.”  To up the queer factor even more, it was scored by Tegan & Sara. Most reviews are lukewarm, but we’re obviously all going to see it anyhow.

+ The First Girl I Loved, another Sundance debut, looks familiar but also awesome:

Its central couple is a classic coming-of-age mismatch: Anne (Dylan Gelula, excellent), is a nerdy, gawky (but of course actually quite pretty) yearbook editor, and Sasha (Brianna Hildebrand, similarly excellent) is a softball star. Neither of them quite understands what’s going on: Anne is clearly romantically drawn to her more popular, beautiful classmate, and Sasha finds herself reciprocating, though the question of whether they’re an actual thing is one they themselves dance around. And the way they speak — or, rather, all the ways they “speak” — reflects that.

+ Netflix and Amazon are changing the Sundance game by “striking early and often for the fest’s most sought-after films — shelling out big bucks and infuriating traditional buyers in the process.” But Nate Parker, the star and director of the slave-rebellion drama Birth of A Nation, which is Sundance’s buzziest film thus far, took Fox Searchlight’s $17.5 million offer over Netflix’s $20 million, wanting the film to have a “large theatrical experience.”

+ Ellen Page is debuting Tallulah at Sundance, and according to Queerty, had a thought or two about being a gay actress:

“Zachary Quinto is out, and he stars in one of the biggest blockbuster franchises. I have four projects coming up – all gay roles. People ask if I’m concerned about getting pigeonholed. No one asks: ‘Ellen, you’ve done seven straight roles in a row – shouldn’t you shake it up and do something queer?’ There’s still that double standard. I look at all the things I’ve done in movies: I’ve drugged a guy, tortured someone, become a roller-derby star overnight. But now I’m gay, I can’t play a straight person?”

+ #Oscarssowhite: Academy of Motion Picture Arts and Science’s CEO Dawn Hudson talks exclusively to The Hollywood Reporter about sweeping changes to the process and institution they have initiated in the wake of this year’s Oscars whitewash:

“With unanimity, the group voted in a sweeping array of reforms that included the appointment of three new governors by the president (typically they are elected by the Academy branches), the diversification of the executive and board committees and new rules that require voting members to be “active in motion pictures” and to renew that status every 10 years.”

Check out this team picture: 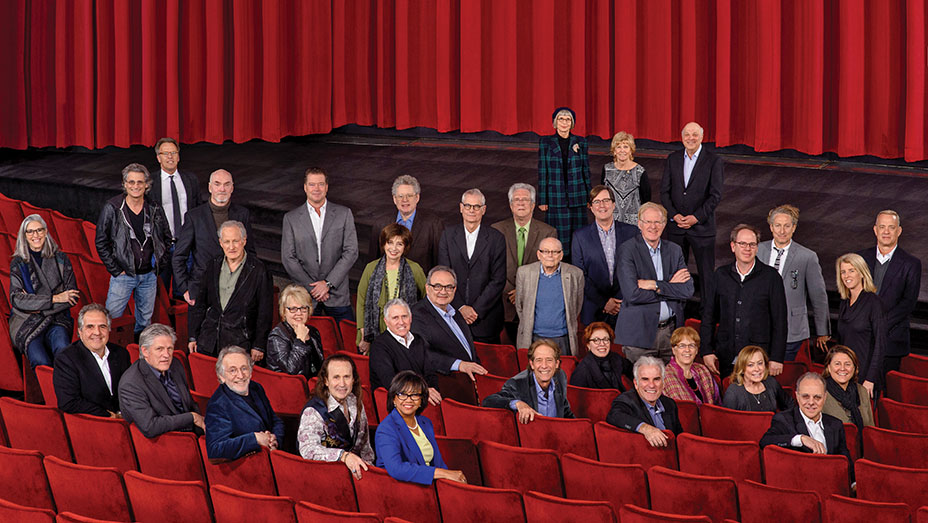 + Focus Features had announced the Lile Elbe Fellowship, granting $10,000 to a trans filmmaker who apparently will be so good at budgeting that they can actually make an entire movie for only $10,000. The winner will be mentored by Nina Yang Bongiovi (Fruitvale Station, Dope), writer/director Derek Cianfrance (The Place Beyond the Pines) and producer Christine Vachon (Boys Don’t Cry, Carol), which is pretty amazing. The Mary Sue asks, “I can’t help but wonder if Focus is offering the Lili Elbe Fellowship as a bit of a mea culpa for their incredible misstep in the casting and production of The Danish Girl. Calling it the Lili Elbe Fellowship kind of hits the nail right on the head, doesn’t it?”

+ The first trailer for Ellen Page’s Gaycation is here! Well, technically it’s on Buzzfeed, you can’t watch it here, you can only watch it on Buzzfeed. But it exists, is the point. Related: Viceland’s 24-hour TV network debuts February 29th and will include lots of stuff about drugs, food and homosexuality.