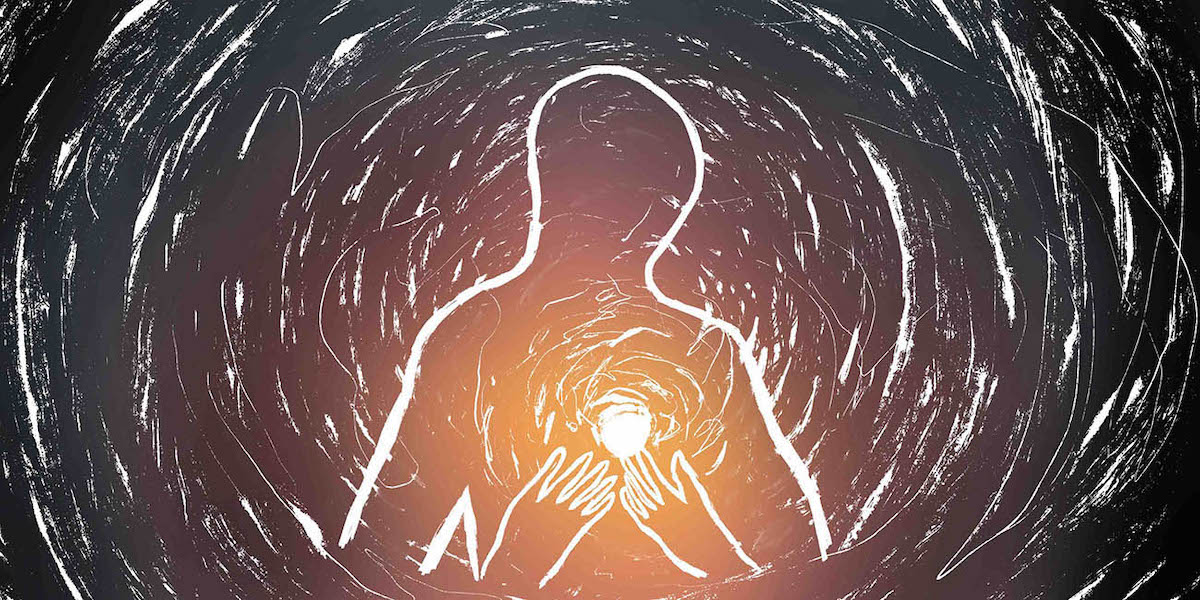 My body is in Brooklyn, but my heart is already in Los Angeles, and I can’t fucking sleep. Since I made the decision in December to move back to my home state, it’s like my circadian rhythm immediately got in line, even though it’s not happening until early spring. This…is a problem. I’m getting ahead of myself. Let’s back up a bit.

It’s July, 2021, and my mother is here to visit. I haven’t seen her the entire pandemic; the longest time I’ve gone without hugging her in my life. The plan is for her to stay in Brooklyn with me for a few nights before we head down to Jersey to see my grandmother (Rho Rho, an affectionate nickname for Rhoda) and my Aunt Ilyse. We’re sitting on my couch in an apartment she has only seen over FaceTime. However, the joyous mood of our reunion is soon shifted forever, both in that moment and in my memory, when she tells me that what I’ve been fearing my whole life is finally happening — Rho Rho is dying.

This new information, of course, alters the tenor of the upcoming visit; it will be the second-to-last time I’ll ever see Rho. The muscles in my shoulders, already tense by nature, tighten like the strings of a violin, and a briny lump forms in my throat and that will not dissolve for weeks, as though I’ve prematurely swallowed some saltwater taffy. But something else changes during this visit; the seed of an idea is planted. I start to think about California, about my family. I start to think about home, and what that even means.

Now let’s zoom out, for a second.

There’s a reason people say things like grief isn’t linear, and you won’t feel this way forever, and there’s also a reason it feels like you’re hearing those things through a set of ear muffs when you’re in the moment. There’s no way out but through — damn, that’s another thing people say, isn’t it? But the reason these phrases are oft-repeated is because they’re true, and I’m saying this now because I’ve found it to be so, even though I’m not nearly “out” of the pain myself. I’m “in” it, still. Some days it feels like it’s been years since Rho died; some days it feels like it was yesterday.

The most common association many of us have with grief is those five famous stages: denial, anger, bargaining, depression, and acceptance. This has not been my experience. I assume that perhaps, some of these stages are dependent on who is grieving, or the relationship between them and who they’ve lost. It is my belief that models like these aren’t meant to be taken literally but that they were created as a framework for people to work from and feel less alone. However, I think that often, the opposite happens; people think they’re doing something “wrong” if they can’t map their own experience on what people understand as psychological gospel, when in reality, there’s no right way to grieve.

Fast-forward, but just a bit.

It’s September. No, wait. It’s the beginning of October, or the end of August. Or maybe it’s just later in July? The threads of time have started to fray since last March, and now, it’s like they’ve completely snapped.

I’m on the phone with my therapist, dreading Rho’s passing while feeling guilty for dreading it because she’s in such pain. There’s a constant voice in my head telling me I should “take advantage” of the time she’s still here and ask her all the things I’ve never asked her, and then there’s the guilt again, asking me why I haven’t had those conversations yet in my 33 years, which leaves me a sobbing yet immobile mess on the couch. And then, after all these tangled emotions, I’m left feeling, of course, like this is just my new reality. I know I’m not the first person to go through something like this, but it doesn’t help; like so much universal pain, when you’re going through it yourself, it feels singularly sharp.

My brother flies out from California to say goodbye to her in the beginning of October and I take a bus down to Jersey to go with him. We sit on her couch while she sits in her pink arm chair; we talk about her childhood, astrology, and the afterlife. She says that “now is the time” to ask her whatever we want and that nothing is off the table. She’s serious, and the moment is serious, but I look her straight in the eye and I say, “Rho, cut the shit, you know what we all want to know: what do you think about aliens?” Even though she’s exhausted, her laughter is soul-deep, and my question gets another twenty minutes of conversation out of her about, of course, aliens. That was our relationship — I was her only grandchild who wasn’t a cisgender male, and we always had a special bond. She’s the only person in my family, aside from my brother, who could ever call me out on my shit without getting the cold shoulder, and in moments that needed a little levity, we could always count on each other to provide it.

When she dies a few weeks later, I swear I feel it happen. Everything starts to move in slow motion. I take time off to go to her funeral. Though I hadn’t planned on talking during the service, in the middle of the funeral, something tells me to say something. I tap my mother on the shoulder and ask if I can go up with her and my aunts; I tell a story about our last conversation, get a few laughs from the crowd. I feel her approval. I extend my trip from two days to five because I can’t bear to go back home; I need to keep helping sort through her things. At first, I can only cry in the shower, sitting on the floor of the tub; then, I’m crying everywhere. I can conjure her face, her laugh, so easily, and it knocks me over.

A few months later, for a completely unrelated reason, I will check an old email account that I haven’t opened in years. My heart jumps in my throat as I realize that Rho had this email address as well as the Gmail I’ve been using since 2015; something tells me that there may be a few unread emails from her. I spend a good 15 minutes scrolling, and I find four. Most are funny but unremarkable, but one stops me cold. It’s from 2019, and she’s recounting her day to me. She attended the funeral of a friend, and tells me the friend’s son-in-law and grandson both “spoke beautifully but honestly” about her. She writes, “They acknowledged her shortcomings but emphasized her many attributes. They injected much humor, which everyone appreciated and I have already mentioned to Ilyse that I would like that for me. I will let Diane and your mom know that also. I am telling you because I don’t want to rely on their memories, since they will be much older as I plan to be around for quite a bit more time.” Even though I hadn’t read the email back then, our connection had been enough; I’d known what to do.

All of a sudden, it’s the middle of November, and it’s been one month and one day without her, and I am mad at myself for missing the one month mark. Time speeds up, then slows down. I think, again, grief isn’t linear. I can still hear her laugh and see her face so easily, and it hurts, but I’m realizing there are certain things I may forget with time, and I start to understand that what they say is right — it won’t feel like it did at first forever. I’m not sure if that’s a good thing.

It’s nearly February. She died three months ago, or was it four, or was it yesterday? When someone you don’t see or talk to every day dies, it can be easier to forget they’re really gone; when you do remember, it hurts fresh all over again. I notice this without comparing; any loss is a loss. I’ve reached that point where people don’t ask how I’m doing anymore. My grandmother has no longer just died, I’m no longer in the understood grieving period, though I don’t know when this wound will ever fully heal. I think I’m just different, now.

But I have started to look toward the future with optimism in a way that I think she would be proud of; at least, that’s how it feels on good days. Other days, it feels like I’m distracting myself with thoughts of moving. I don’t know that either is a bad thing. There is no timeline for grief, though I’ve started to suspect part of my motivation for relocating is to get back to my roots; to heal bonds with my family and share the memories we have of her in a way that I can’t on this coast.

The closest thing to what I’ve been experiencing lately has been a small detail from The Year of Magical Thinking. Joan Didion and her husband were eating dinner together in their New York home when he died. After she returned home without him for the first time from the hospital, her agent and friend came over to keep her company and help her begin to inform the proper parties, including the newspapers. While Lynn was on the phone with the chief obituary writer for The New York Times, Joan, ever the Californian at heart, found herself doing what I call “time zone math,” wondering — had John also died in Los Angeles? “Was there time to go back? Could we have a different ending on Pacific time?”

The majority of my life has been spent in California; the entirety of the time I lived there, Rho was alive. While moving there won’t bring her back, nor will living on Pacific time create a “different ending,” it will create a different beginning. Her death shifted my perspective about my priorities and about my future. And while my heart breaks over all that I won’t get to share with her, I’ve started to think about both her, and myself, like those stars whose light we admire, thousands of years after they’ve actually died. I choose to believe that everything I do will reach her, anyway. We cannot bend time to our will, nor can we push grief along; but in the grand scheme of things, time is meaningless, anyway, isn’t it?

Rosemary has written 1 article for us.