It’s almost a new year! Do you have resolutions? Are you not into that whole thing? Is your only resolution to dance more while feeling better about yourself? Me too. I know that New Year’s Eve always puts me in need of a little self-reassurance. All the talk of resolutions and new beginnings can make us all a little antsy and anxious but you know what…we could always choose not to worry about the worries for just one night! 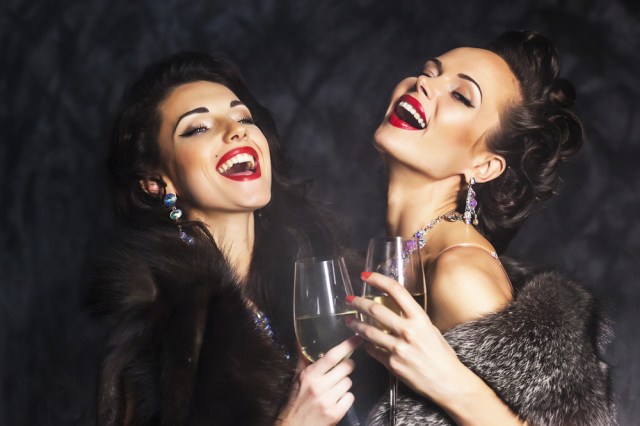 THIS IS IS YOU AND ME

So now is the time to walk and ride around on the last night of 2013 blasting your anthems, reminiscing about your last year’s glory and prepping for all the twenty-fourteen-so-fresh-and-so-clean goodness you’re about to get into. Think of all the possibilities! You can’t even think of all the great things that could happen for you in the new year if you try. That’s how many things are possible! What a lovely concept. So shake out the old year. Have no regrets because you know anything could happen in the new year. Last year was great or less than great, but no matter what you learned a lot and you’re better off this time! You just got to hold on. You’re not gonna stop because time stops for no one! You’re alright, she’s alright and you can’t go back. When then future beckons with it’s dirty little finger, you’ve just got to follow and you’ll move in the right direction.

Am I just quoting lyrics from songs in the playlist now? Yes. Do I quote song lyrics incessantly when I get nervous? Do the wheels on the bus go ’round and ’round? Am I a little nervous about the future? Yeah! Is that normal and okay? Obviously. Of course. Goodness, yes. Am I choosing to think about the new year while having no doubts and no fears because life is a complicated and beautiful world of abundant opportunity and it’s okay to think about it that way for at least a day or two? Hell yeah! That’s what this playlist is for!

New Year’s, No Fears from Autostraddle on 8tracks Radio.