Hi, hey you! Do you need a haircut? No, it’s not that your hair doesn’t look great right now, it’s just that I think that I have something that might be relevant to your interests.

See, a long long time ago (were we ever so young?) in a campsite far, far away I gave a bunch of queer haircuts to a bunch of queer people, and – I’m gonna be honest – it was pretty cool. And it wasn’t cool because of the undercuts, though those were pretty cool too. It was cool because, all of a sudden, this space appeared. A space to chill, a space to crochet, a space to be with people looking to be with other people while a crazy person with a pair of clippers cut their hair. 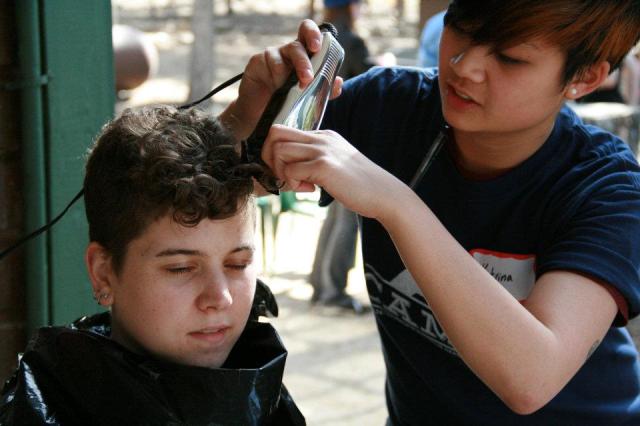 via the lovely vanessa

It all seemed so good, and so simple. But how to bring that idea down from the mountains? Well, the next step was easy: open up a monthly pop-up barbershop for queers and their friends!

So people of Brooklyn, the surrounding areas, the Internet and beyond, it has arrived!

Starting Sunday of Labor Day Weekend, PHRESH CUTZ is going to be a spot for queers and friends to kick it with like-minded individuals over beers and beats. We’re going to be dishing out food, drinks, dances and haircuts to celebrate the last licks of the summer.

Hair Force One is a small Brooklyn-based collective of queer kids with nice hair looking to spread the love. If this doesn’t already hit close to home, it might be worth noting that the five of us essentially met through the Internet over the course of four years. We finally found ourselves in the same city, and now it’s time to celebrate. 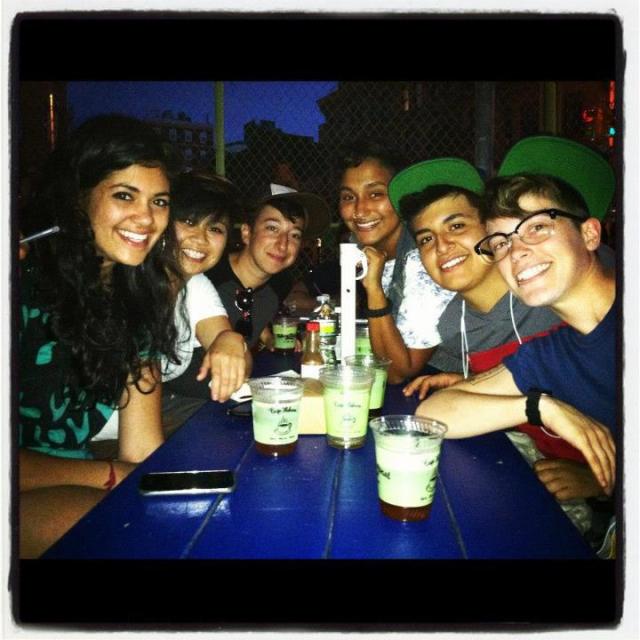 So if you’re around Brooklyn from 2-10 on Sunday, September 2, stop by! Vegan and meaty cuisine both available, and drinks will be available in abundance. Cover $7/2 drinks or $10/2 drinks and a haircut.

Added bonus: brand spankin’ new writer and total sweetheart Vanessa is our photographer  and will be doing before-and-after shots for the adventurous of heart and hair.