HBO Max’s Perry Mason reboot has what I like to call a “Mindhunter Problem.”

Mindhunter is a show that on paper has all the right things: an intriguing murder mystery, a badass lady, and a female love interest for aforementioned lady. But it focuses too much on the boring male protagonists and less on the things that I, personally, care about. The same goes for Perry Mason. Intriguing murder mystery? Check. Badass lady? Check. Female love interest for aforementioned lady? Check. Plus, they added bonus Tatiana Maslany, a clear path to my heart any day.

But goodness gracious was this show SLOW. While I appreciated the noir feel in theory, in practice it made me rather sleepy. There were so many old white men that there was one point where one of the supposed good guys was revealed to be one of the bad guys but it was two more episodes before I realized they were the same guy. I’m not even sure I could tell you with absolute confidence if they solved the murder mystery by the end of the show or not, and if they did, whodunnit.

But that’s not why I’m here today anyway. I’m here to tell you about the parts of the show I DID enjoy, namely one Della Street, played by Juliet Rylance. Ahead of her time and smart as a whip, she was one of those women who was single-handedly running things at a period in history when women were getting even less credit for running things than they do now. She lives in a boarding house with other women and bosses her boss around and is overall a delight to watch.

One of my favorite lines is when she’s talking to her boss at the private law office of Jonathan & Associates and she yells that it might be his name on the door but “Associates? That’s me.”

Della decides to take the next day off from her boss’s bullshit and that’s when we learn that she’s involved with another resident of the boarding house, hand model Hazel, played by Molly Ephraim. 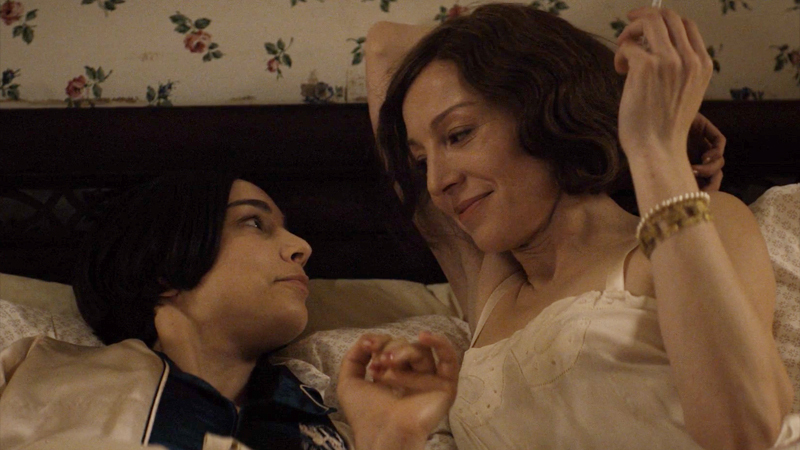 I DO love me some old-timey lesbians.

Their relationship was established before the show, and while Hazel doesn’t play a huge role in the show overall, it’s clear that she’s important to Della. 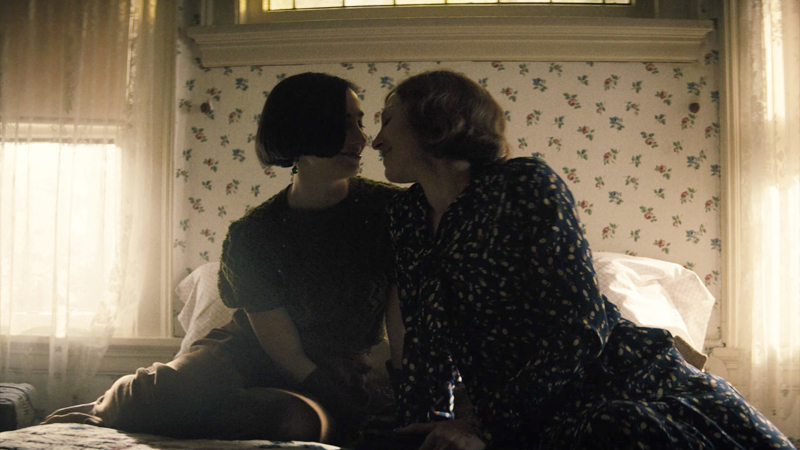 Between Hazel, Carol, and Theo Crain I think we can officially claim gloves as queer culture.

We also learn that Della Street ran away from home, away from her arranged (male) fiance and a dad who wouldn’t let her go to college. She’s smart and capable and to Perry Mason’s credit, he sees this in a way no other men in her life do. He asks her for advice and listens to it, and treats her with the respect she deserves. Matthew Rhys does a great job of never crossing the line into making it seem like Mason is into Street more than just an esteemed colleague, and those lines are never blurred.

While Della Street is fighting to find her place in the spotlight on one hand, on the other we have a woman who can’t seem to get out of it: Sister Alice McKeegan, played by the one and only Tatiana Maslany. 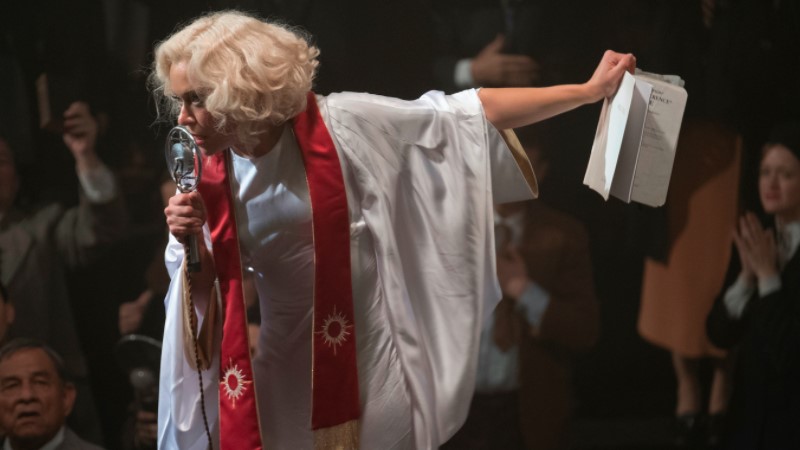 I finally understand the phrase, “Take me to church.”

Sister Alice is the spokesperson and head preacher of The Radiant Assembly of God, which is presumably a church but it is extremely cult-like, even by Christianity’s standards. While she’s surrounded by gaslighters and schemers, it seems she really does believe the things she preaches, likely because of the lifetime of trauma she’s suffered, partially at the hand of her mother who plays her like a puppet on a string.

It will come as no surprise to you that Tatiana Maslany is brilliant in this role, and Sister Alice was gentle and kind and nuanced and compelling in a way that makes it very believable to me that people would sign up to buy whatever she was selling. 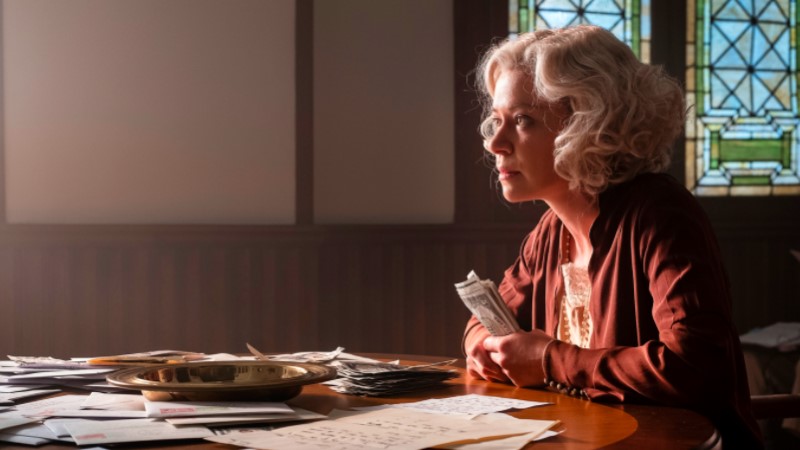 That’s my money, I have enthusiastically thrown it at her.

I guess what I’m learning about myself is that I’m not quite cut out for these slow-moving, period piece crime dramas. I like my crime shows to be procedural — if there are eight episodes, I want eight crimes. And I like my women front and center, thank you very much. The show was already renewed for a second season, so if the focus shifts to Perry Mason and Della Street, a PI duo for the ages, I’ll be inclined to give this show another go. Otherwise, I think I’ll just continue to worship at the altar of Tatiana Maslany by way of an Orphan Black rewatch.