At the start of this year I screamed this on Twitter about Paper Girls:

WHEN IS PAPER GIRLS PREMIERING?!

No one answered me but I was full of excitement because I’d heard rumors that a graphic novel I adored was not only making it’s way to our screens but was being filmed here in Chicago! The graphic novels came out in 2015 and have been beloved by queers like me ever since. It takes place in 1988 and follows four characters — Erin, Mac, KJ, and Tiffany — who become some of the first girls to deliver papers in their small midwestern town of Stony Stream. 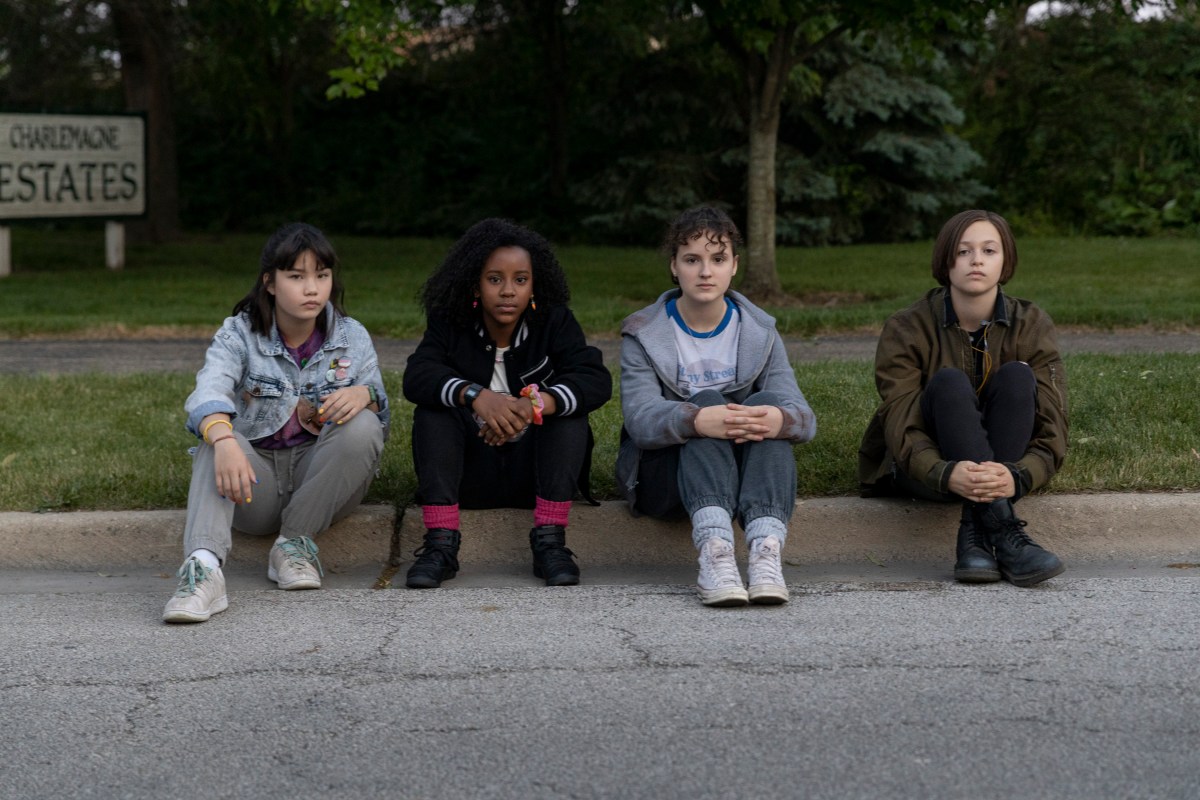 They aren’t friends. It’s more like they meet and stick together for safety reasons while delivering papers on a crazy morning. They don’t have anything in common and don’t really like each other, honestly. As they are getting ready to start their workday, they get attacked by a bunch of super jerky teenage boys. They fight back and chase them after one of the boys takes Tiffany’s expensive walkie-talkie. The chase leads the girls to stumbling onto a time machine, getting caught in the middle of a fight that isn’t theirs. Erin gets hurt during it (and healed with space bees) — and then, somehow, they end up in the future.

As the series goes on, friendships eventually bloom as they realize in order to get through this world of time traveling (with a full-on war) they’ve found themselves in, they have to depend on each other.

I’m hopeful that the show follows the graphic novels as closely as possible. Making sure to let viewers know this is a sci-fi drama, and of course, in the case of its queerness. There are exactly two very quick queer moments in season one. I don’t think they are going to overlook it but I am worried they might make it a bit of a backend storyline. It’s by no means the main plot of the story but following with the vibe and success of First Kill, it would be nice to continue to see queer teen girls in pop culture.

In the novels, two of the characters (Mac and KJ) discover their queerness and each other along the way. From the first few issues, you would be shocked that Mac is the one KJ ends up falling for, not just because KJ isn’t FULLY aware of her own identity, but because Mac is a foul-mouthed cool kid who happens to use lots of homophobic (and other) slurs. It’s clear that they both have internalized homophobia, but in the show it feels like we won’t get to their romance (or personal growth with queerness) for at least another season.

One thing they are not only sticking to from the novels but amping up is the sci-fi element. You can only imagine so much when you’re reading it — the dinosaurs, space ships, time travel, IPODS — are all beautifully drawn, but in the show, it finally comes to life! One moment that I always remember from the novels is the color of the sky — deep pinks and purples — which always really added to the sci-fi element of it all. In the show, it follows suit with one of my favorite stills being the girls looking up to see the sky change colors at the moment when their lives are about to change but they don’t know it. 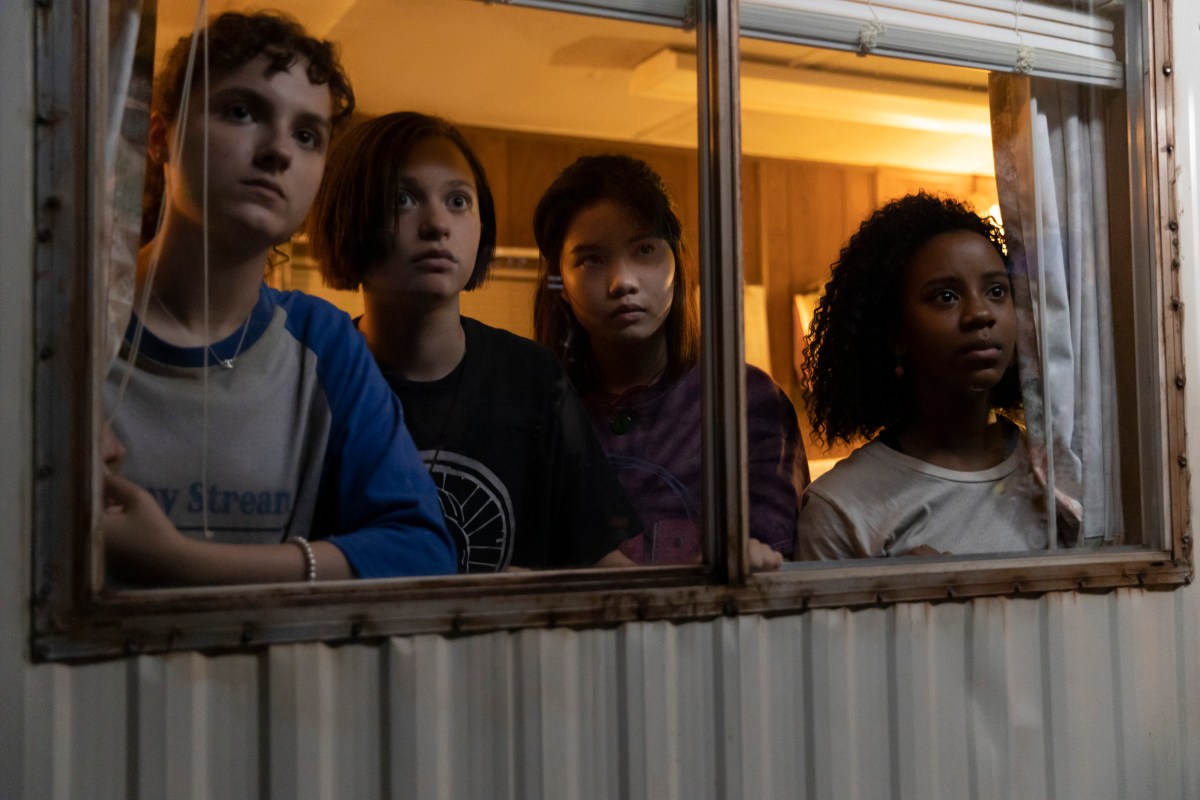 Overall, this first season did A LOT of set-up work for future seasons, so although I wasn’t hella impressed with it I am still excited for a season two, where the results of those set-ups will begin to be revealed. This is the type of show where it is SO HARD to talk about and not spoil a lot soooo… here are a few thoughts I had while watching the first season of Paper Girls! 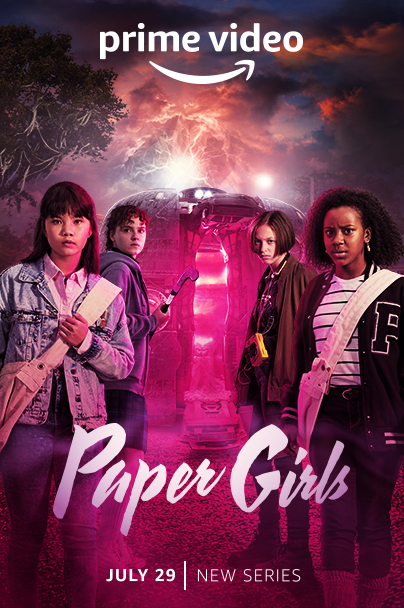 Paper Girls is streaming now on Amazon Prime! Go watch now and tell me in the comments — if you met your younger self, what’s the first thing you would tell, well, you?