WEDDING BELLS: Gwyneth Paltrow and Nicole Kidman will be playing a married couple in their upcoming film, The Danish Girl. The film centers around two Danish artists who fall in love after Einar (Kidman) stands in for a female model Greta (Paltrow) is expecting to paint. In the early 1930s, Einar underwent several operations, which were eventually considered the world’s first gender reassignment surgery. I don’t know, I think these women look too much alike to make this work. (@latimes) 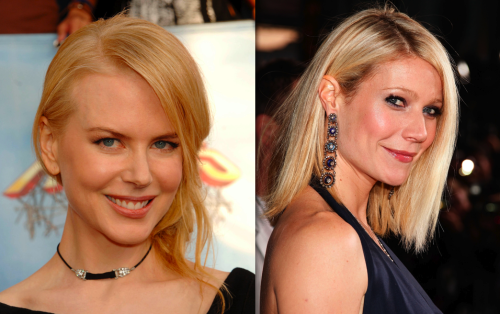 MARRIAGE: Marriage equality is hitting Autostraddle’s hometown, as New York Gov. David Paterson is pushing lawmakers to approve a same-sex marriage bill during a special session later today. This action would allow voters to push for final legislative approval in the Senate. Republicans, who have previously killed this measure, have been released from bloc voting by leader Dean Skelos, giving the bill an even better chance of passing in the already Democrat-led Senate. It’s still unclear whether the bill will actually get voted on today. (@ap)

DADT: A new survey of troops who served in Iraq or Afghanistan shows diminishing support for Don’t Ask Don’t Tell. “Service members said the most important factors for unit cohesion and readiness were the quality of their officers, training, and equipment,’’ said Laura Miller, a military sociologist at the RAND Corporation. “Serving with another service member who was gay or lesbian was not a significant factor that affected unit cohesion or readiness to fight.’’ Forty percent of troops surveyed supported the current policy, but that number is much lower than it used to be. (@bostonglobe)

This survey comes just a few weeks after the Joint Chiefs published a colonel’s essay on why DADT is a bad policy. It looks like the tide might actually be turning within the military, giving President Obama a golden opportunity to live up to his campaign promise to repeal it.

BOYCOTT: Speaking of campaign promises, in response to Obama’s general skirting of LGBT issues, several gay activists and liberal bloggers are organizing a boycott of the Democratic national Committee and Organize for America. The financial boycott, which has such supporters as sex advice columnist Dan Savage and Bilerico Project founder Bil Browning, is advocating for supporters to refuse to make donations to the two organizations until President Obama lives up to his promise of being a “fierce advocate” for LGBT Americans. (@atlantic)

ELLEN: Ellen and Portia were on Oprah’s show yesterday for their first interview as a married couple. Portia talks about why gay marriage is important and when she fell for Ellen. Here’s their joint interview, but be careful, your head might explode from cuteness.

GAGA: Did President Gaga lie to us for a reason? To make up for a delay in the premiere of the video for “Bad Romance,” Lady Gaga revealed the plot of the clip. ”There’s this one shot in the video where I get kidnapped by supermodels. I’m washing away my sins and they shove vodka down my throat to drug me up before they sell me off to the Russian mafia.” Make it happen, Gaga, and shine on like the craziest star in the sky. (@aceshowbiz)

Update: Gaga released the video this afternoon. Obviously, she heard our pleas because it is seriously AWESOME. Bear dress!