This is a recap of episode 311 of Orange Is the New Black, a reality series about Tiny House owners who escape from the captivity of their truly miniature homes by mentally projecting themselves into the vast freedom of a federal penitentiary.

What do we want? Caputo’s backstory! When do we want it? Now!

Just kidding, no one wants Caputo’s backstory. If we wanted to watch a TV show about a white guy grappling with his own internal World’s Greatest Hero narrative, we’d watch literally any other show on television or go to bars where straight men hang out. At least this episode juxtaposes Caputo and Piper’s stories in a way that ties together some of season three’s biggest themes: How does relentless white-controlled capitalism affect human people, especially disenfranchised ones? And how do you hold onto who you are when giant corporations are perpetually trying to strip you of your humanity to make a dollar? And why are you so bad at dating women? (Caputo and Piper, not you. You’re great at dating women.) 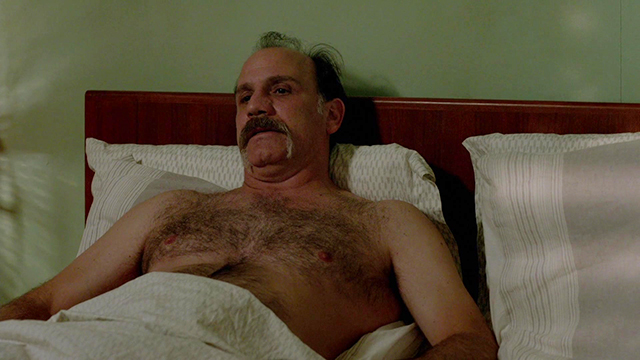 Your makeup’s a wreck. 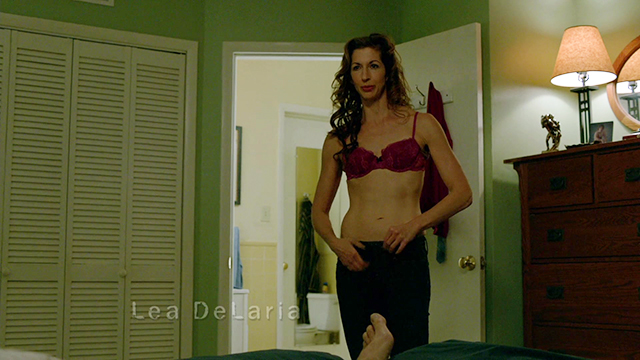 You look like literally every guy at a truck stop.

One thing I especially don’t care about re: Caputo is his and and Figueroa’s hate-sex life, which is how this episode opens. She only has power by proxy, in the hands of her gay politician husband who obviously doesn’t want to have sex with her because he is gay. He only has power because he knows how to work the coffee machine and also knows the names of the guards and inmates at Litchfield, so MCC didn’t fire him. They’re banging once a week to try to reclaim their power, and also because they enjoy post-coital insult sessions.

Litchfield’s Old Guard is getting furiouser and furiouser about MCC. They’ve decided to unionize, despite the fact that Caputo busts up into the break room and chides them for wanting a living wage and health insurance. They tell him he’s the hero they need, which triggers the very first Caputo flashback. He’s a wrestling bro in high school, the best wrestling bro in the tri-county area, and he’s agreed to wrestle a kid with Down syndrome as a favor to the kid. It’s this kid’s main dream, the other team’s coach says. A cute girl waves at Caputo about how he’s a hero, and he shrugs coyly about how the kid with Down syndrome is the real hero, and just when you think this video is going to land on whitepeoplewithgoodhearts.com talking about “YOU’LL NEVER BELIEVE WHAT HAPPENS NEXT,” the kid with Down syndrome destroys Caputo with one lift-and-smash. It dislocates Caputo’s shoulder and he’s done wrestling for forever. 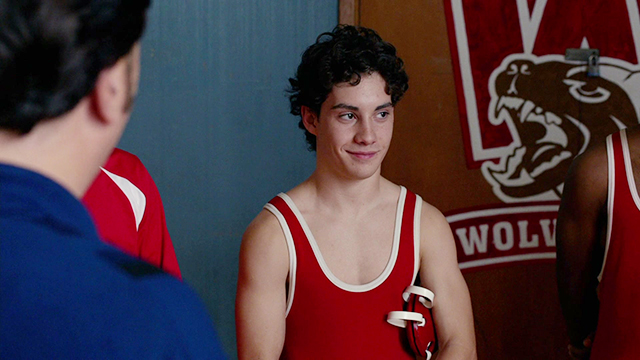 Bet ya didn’t recognize me without all that hair.

Some of the guards are trying to spread their call to unionize with flyers, but not everyone is interested, and so at least one flyer ends up in the trash, where Flaca finds it. She takes it right to the women who work for Piptoria’s Secret and they rally around her cry for fair wages and benefits!

Other new guard mistakes include: Giving Angie some clothes and her release papers because she has the same last name as an inmate who’s supposed to get out today. Angie zooms on over to Leanne’s bunk to ask her if she should speak up about the mistake, or just try to walk right out of here because maybe, when you really think about it, this is less about incompetency and more about divine intervention. Leanne tells her to walk. Sometimes Norma’s blessings come in the form of inner peace; sometimes Norma’s blessings come in the form of heroin falling from the sky.

Wanda gets her hands on Suzanne’s Time Hump Chronicles and is really feeling it, especially when she realizes Donaldson is Rodcocker. He’s had it, though, with people calling him “Admiral,” and so he confiscates Suzanne’s masterwork and takes it straight to Healy. 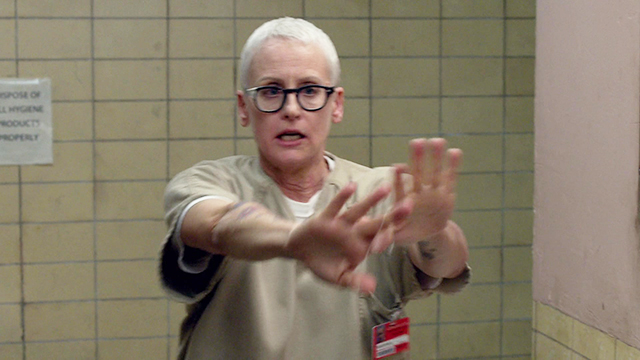 Stop, stop. You were right. Dottie dropped that ball on purpose. 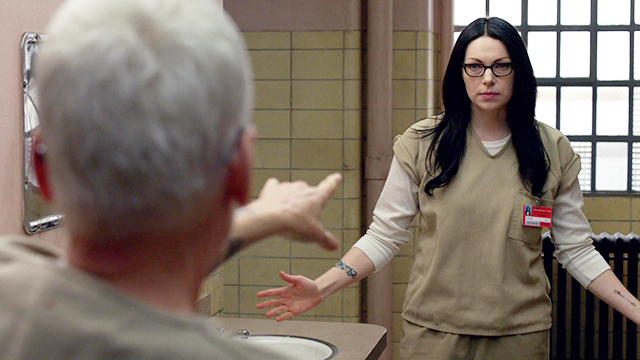 In the bathroom, Alex tries to apologize for beating the hell out of Lolly, but 15 seconds into it, she realizes she’s going to have to try a whole other tactic, so she turns on the water and peeks under the stalls and whispers some black-ops nonsense to Lolly, like not only was Lolly right about the NSA, but Alex knows the truth like Lolly knows the truth because Alex is an undercover CIA agent who is on Lolly’s side and that’s how come she had to pound her face in, so the NSA wouldn’t know Lolly and Alex were tag-teaming to take them down. Lolly is so psyched to have a new friend to fight the man with her, and also who maybe has enough money in her commissary to buy Lolly some Vagisil. 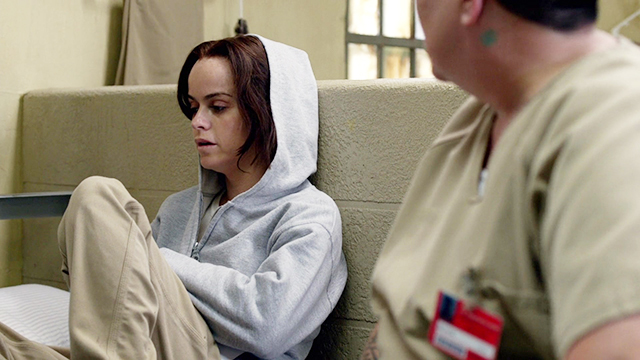 It’s hard to think of joke captions when this is so fucking real. 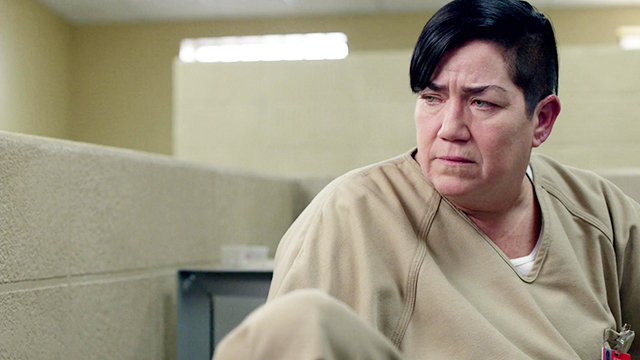 Big Boo bebops into Pennsatucky’s bunk looking for a donut hookup, but Pennsatucky doesn’t want to talk today. She’s lying in bed staring at the wall, trying to deal with the mental and physical horrors of being raped by by Coates, but when Boo spots the bruises on Pennsatucky’s wrists and understands right away what happened, Penn flips the switch and starts regurgitating the sickening rape culture bullshit her mom started feeding to her the day she got her first period. It was her fault. She was flirting too much. She was smiling too much. She had it coming. She doesn’t deserve what’s good in the world when she’s so bad. And yeah, it hurt a little because she wasn’t “warmed up,” but she wanted it, okay, she wanted it, and that’s something Big Boo can’t understand because she’s a dyke.

You should read Riese’s recap of the last episode, if that is a thing you have not done. It’s important and it’s compassionate and it’s very very smart. 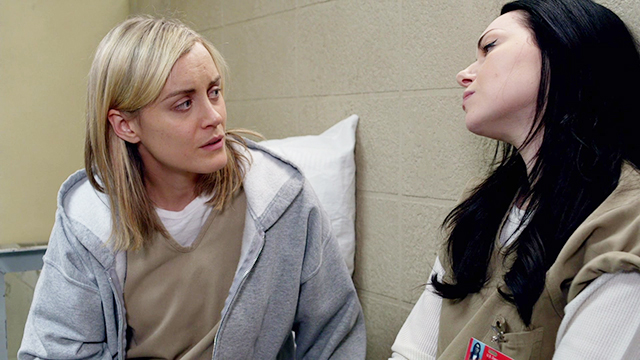 Like I don’t want to brag but when I was outside running earlier, it’s like the sun was orbiting me. 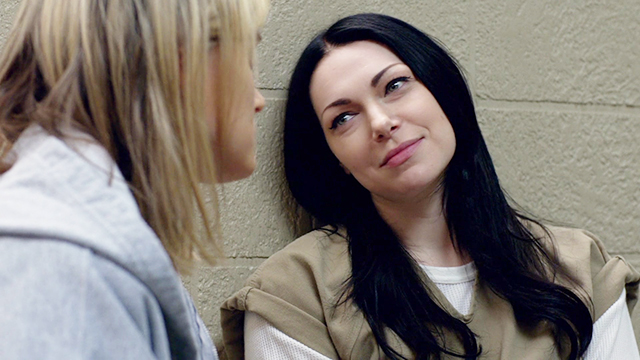 I can’t believe I’ve spent this whole season only interacting with you.

Alex: I’m here to apologize for being so paranoid lately. I mean, someone was stalking me, that part was valid. And a drug-dealing sociopath who is known for killing narcs is also after me, so again, valid. But I dealt with Lolly and I really want to —
Piper: UUUGHH! You have been talking for 90 entire seconds without mentioning me once, what the fuck, Alex?
Alex: You’re not finger-banging Stella, are you?
Piper: Actually, you’re right; your paranoia has become the main problem in our relationship.

They kiss. Piper’s eyeballs are wide open but her mouth is not. 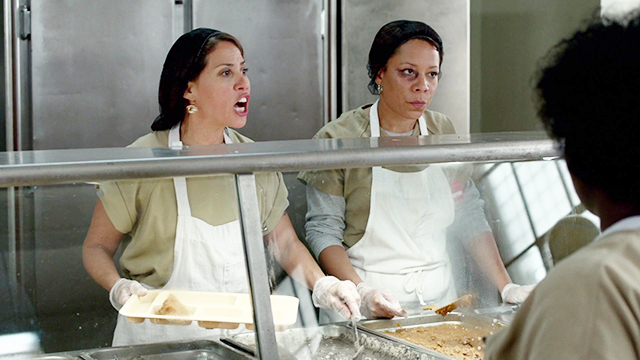 WE ARE NOT WATCHING SCREAM QUEENS! WE ARE NOT PUTTING OUR HEARTS IN RYAN MURPHY’S HANDS AGAIN! 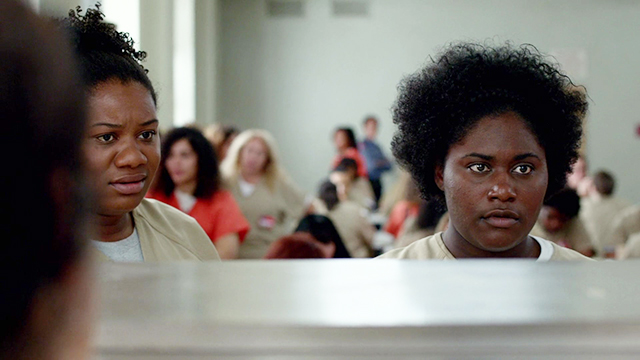 Fuck me. Ryan Murphy is doing that show?!

In the cafeteria, Gloria’s sporting a shiner and when Taystee asks what happened, Aleida not only dimes out Sophia, she cloaks the entire thing in the most transphobic tirade. She misgenders Sophia repeatedly, drops a bunch of slurs, completely dehumanizes her, throws her hook into all these negative and completely untrue stereotypes and trans women, and reels in everyone who’s listening. It’s horrifying. I mean, I know it’s meant to be horrifying, that they’re telling a specific and all-too-true story here in a very purposeful way, but it’s just so brutal. Also, I don’t want to see Aleida doing this because I don’t want to see a war between a black trans woman and two Latina women. I want to see a war where ALL WOMEN take down the Healys of this world! Anyway, Taystee doesn’t believe them at first because Sophia has never caused trouble and basically lives in her salon, but the most effective propaganda digs its claws into the stereotypes you’ve seen on TV all your life. Pretty soon, she’s sold on it.