It was around late September/early October 2009 when I first saw The Airborne Toxic Event. I didn’t even want to go because it was a Wednesday or something, but my friend said she would pay for half my ticket. It was at a venue I’d never been to before, kind of in-the-middle-of-nowhere Montreal. There weren’t that many people, but it was a great show. In a way it was a show that would come to define Fall/Winter of 2009 for me.

See, I’d never heard of The Airborne Toxic Event and since then I haven’t heard anything new from them, haven’t been interested in even looking. The Airborne Toxic Event for me is forever associated with October 2009. In particular one song from that show will always sort of grab my heart in a way that nothing else can, because it was a weird, heart-grabbing time in my life.

We were standing right in the center, staring at the lead singer. And they played this song called “Sometime Around Midnight”. And the song, and the lyrics, and the timing, the heart-grabbing girl in my life who wasn’t really there… It was one of those moments where it felt like it was just me and the band, like he was singing only to me.

and she leaves
with someone you don’t know
but she makes sure you saw her,
she looks right at you and bolts

It was the lyrics that got me. They were everything I was feeling at that time: lost, confused, in love, drunk…

I was drunk a lot that fall. I was wandering the same street weekend after weekend hoping to run into this girl because I was just so sad and crazy. And it all culminated in this one night, my friend’s birthday, where I could practically hear “Sometime Around Midnight” playing in my head, and I was drunk and infatuated and the world was falling around me and all I could think was “you just have to see her, you know that she’ll break you in two.” 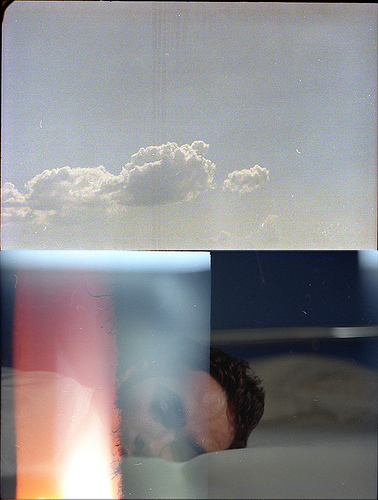 Things were different for me after that night, but every time I hear that song it’s all I can think of. I feel nostalgic about it now in a weird way. I don’t want to go back but sometimes I long for a time when I wore my heart on my sleeve.

Everybody has a song like that, I’m sure of it. A song with a memory so strongly attached to it that it can change your entire mood when you hear it, a song that so clearly represents X Time In Your Life, or even X Day In Your Life, X Moment. I don’t expect this song to have the same meaning for anyone else as it does for me, and that’s the beauty of it. I want to hear your song and your story, so share it with us!